Laverne Clay, a popular Buffalo actor and director who fostered generations of theater artists in Buffalo's African American community and beyond, died Nov. 1o from complications of congestive heart failure. He was 87.

Mr. Clay had an outsized impact on Buffalo's theater community, helping to guide companies like the Paul Robeson Theatre, Theatre for Change and many others through formative periods of their history.

"Laverne is a household word in so many areas of the theater community," said Ujima Theatre founder Lorna Hill. "His influence is wide and very meaningful. It is really the passing of a cultural icon for many of us."

Mr. Clay was born in Camden, South Carolina and moved to Buffalo as a child. He attended Buffalo Public Schools and, at 18, enlisted in the Air Force. While he was in the service, he saw his first theater production, which inspired his lifelong interest in the craft. 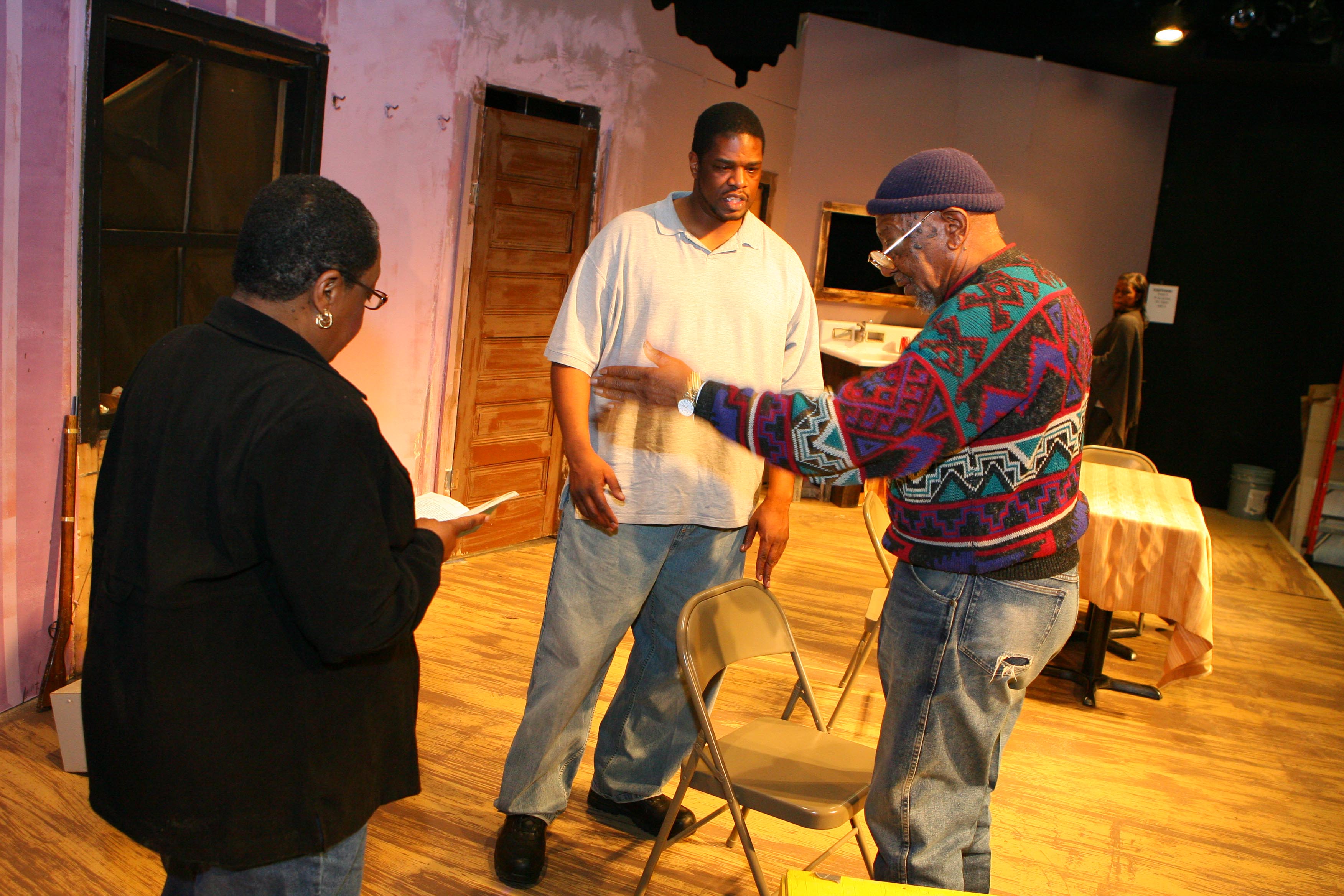 Director LaVerne Clay directs actors in the Paul Robeson Theater rehearsal of "Gem of the Ocean" in 2009. On stage are actors Cynthia Maxwell and Roger Lamont Killion. (News file photo)

He was discharged in 1952 and attended the University of Oregon in Eugene, Ore. On his return to Buffalo, Mr. Clay soon became involved in the city's burgeoning black theater community. While pursuing his theater career, Mr. Clay worked as a radiation tech at Roswell Park Cancer Institute for 33 years, retiring in 1986.

Beyond Buffalo's theater community, Mr. Clay was a favorite of audiences and critics alike, drawing rave reviews for completely inhabiting his roles and for his crisp directorial style. News theater critic Terry Doran called him "pure joy on stage." Reviewer Patricia Donovan, lauded him as "a terrific character actor who never disappoints."

Mr. Clay also was active as a director and trainer of young performers, largely at the Paul Robeson Theatre.

"He was one of the first directors I worked with who instilled in me protocol, standard operating procedures," said Paul Robeson Artistic Director Paulette Harris. Of Clay's passing, she added, "It's the end of another era."

Stephen McKinley Henderson, the Buffalo-based actor who cut his teeth at Studio Arena Theatre and appeared with Clay in the Buffalo and Rochester productions of "Jitney," recalled him as one of the leading lights of Buffalo's theater community.

"He's one of my dearest friends and most cherished colleagues, and he'll be sorely missed by the community," Henderson said. "He was just an extraordinary actor, an extraordinary director and human being."

Mr. Clay is survived by a daughter, Renee Clay-King and two sons, Mark Clay and Keith Clay Sr., along with six grandchildren and three great-grandchildren.