For more than 1,000 willing volunteers across Buffalo on Saturday, “giving thanks” meant going beyond offering a meal-time prayer at the holiday table.

It was waking up early and breaking a sweat on a damp, chilly morning to help others in need.

At St. Luke’s Mission of Mercy, an assembly line of volunteers stuffed thousands of Thanksgiving meal bags with everything from yams to thin mints.

Simultaneously, Baskets of Love were handed out to families on the West Side at Herman Badillo Bilingual Academy.

“There’s a great need here,” said Juliana Fisher, an East Aurora grandmother, who has dedicated hours to St. Luke’s for at least seven years. “This is the poorest of the poor in the city.”

And that’s saying something in a city where U.S. Census data shows the median household income is less than $32,000, and nearly one-in-three live in poverty.

Fisher brought her daughter, Melissa Bogart, and 11-year-old granddaughter Madeline, both of Orchard Park, for some added helping hands and support.

“My mother wanted to start this as a tradition for her grandchildren,” Bogart said.

When each grandchildren turns 6, he or she is brought to St. Luke’s, where there was no shortage of giving hearts this weekend.

Acorn squash donated by farmers filled four-foot-high cardboard bins, waiting to be parceled out. Bags of apples were piled even higher. There were cabbages, onions and carrots, too.

Grocers and food suppliers brought other staples and desserts by the truckload.

And, a chain of volunteers wrapped around St. Luke’s waiting for their chance to pack a bag with a box of stuffing, can of corn or some mac-and-cheese.

Everyone had a job. It was mass of humanity, in frenetic motion. Helping.

“God is building the kingdom here,” said Norm Paolini, the co-director at St. Luke’s and its co-founder 24 years ago. “We opened the doors, that’s all we did.”

The other founder, Amy Betros, wiped away tears watching more volunteers come in to donate their time. They would  assemble more than 50 pounds of groceries into three meal bags for each of 2,700 needy Buffalo families.

“It makes me cry,” Betros said. “We started with 500 in the school. It took us a whole week to do 500. All night we would pack bags, and all week we would give them out.”

Early next week, St. Luke’s staff will welcome anyone in need to their 325 Walden Ave. campus and provide “a full day of food” – a sack of dry goods, a sack of vegetables and a sack of meat and dairy product,s until they’re all gone. They also will have a couple small satellite distributions around the city to bring food to those who can't get to them.

They Don’t ask any questions.

“We just wish them Happy Thanksgiving,” said Nancy Polino, who coordinates the effort for St. Luke’s.

Polino admits there  is a degree of trust in handing out more than $60 worth of groceries for free, without proof of need, address or identification.

Call it old-fashioned, but it just seems right. 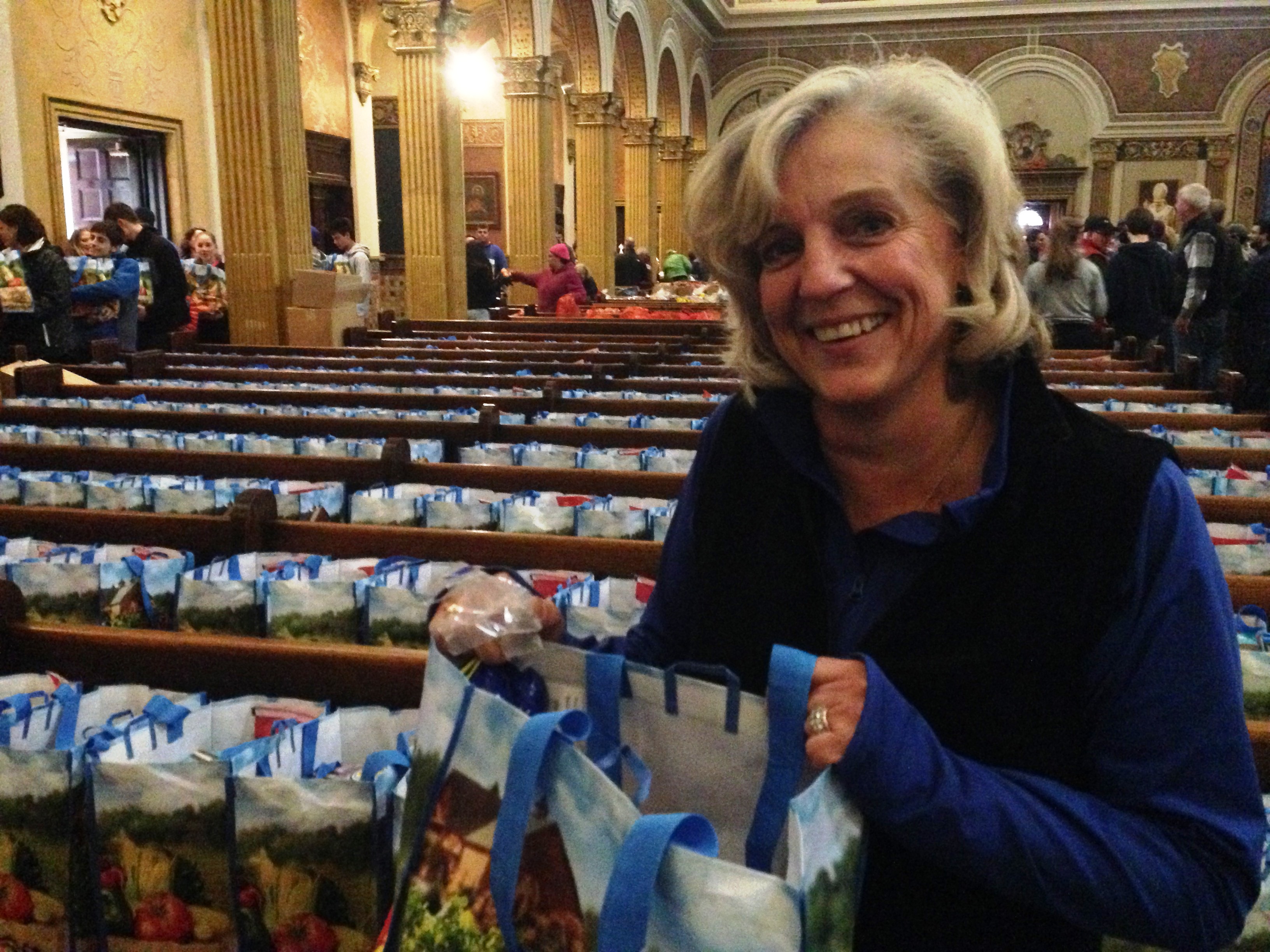 Nancy Polino of Kenmore is the coordinator of the massive 1,000 volunteer effort at St. Luke's Mission of Mercy. (T.J. Pignataro/Buffalo News)

Not far away at East Community High School, boxes of turkey dinners were being hand-delivered by teenagers in the Buffalo Public Schools’ My Brother’s Keeper Male Academy to about 80 displaced families from Puerto Rico.

Inside each box was a whole turkey, a box of Stove Top stuffing, couple of canned goods, a cake mix and a container of frosting.

It was the 7th and 8th grade African-American and Latino boys from the Academy who devised the plan to help the Puerto Rican families, according to Fatima Morrell, assistant superintendent.

Leadership development and community building among men of color is a trademark of the new academy.

“A key element of the teaching program is ‘how do you help others in our community?’” Morrell said. “They were talking about helping Puerto Rico. It’s personal to them.”

Niagara District Councilman David A. Rivera, who helped coordinate Saturday’s effort, added, “There’s a level of compassion for the people they’re delivering to.”

On the other side of town at Herman Badillo Bilingual Academy, staff along with Goya Foods, the Buffalo City Mission and the Hispanic Heritage Council of WNY also helped displaced Puerto Ricans.

A free clothing center was opened there and specially made “Baskets of Love” ― packages containing "everything a family needs to make a traditional turkey dinner ―  were given to those who fled the devastation in Puerto Rico and came to Buffalo in recent weeks. 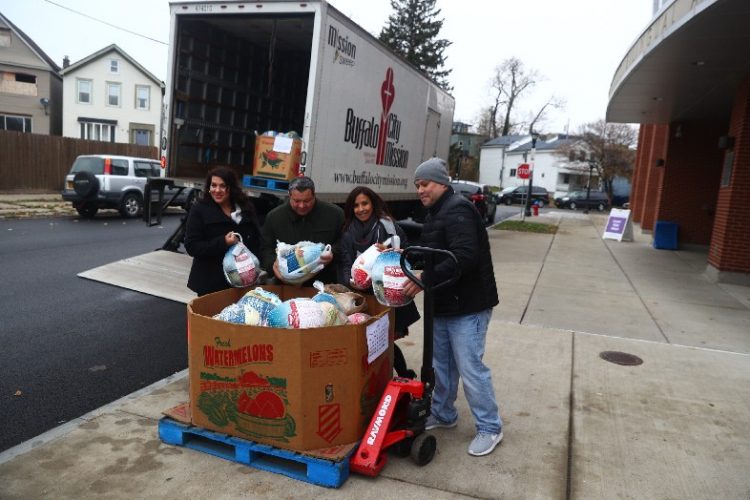 "These people came with just one suitcase. They came with summer clothes," said Kim Meissner, an eighth grade teacher at the school who's launched a community-wide effort to collect winter coats, boots and other necessities for the arriving families.

Census data may show Buffalo is poor community, but Rivera believes the evidence speaks for itself: the spirit of generosity here is rich.

“It shows that Buffalo is truly the City of Good Neighbors,” Rivera said.