The doors at Hamlin Park Academy are open more than ever.

Kids will stay until nearly 6 p.m. weekdays to participate in any number of after-school activities, from basketball to STEM programs to  arts and crafts.

And now, there's more funding to expand such after-school programming, not only at Hamlin Park, but at three dozen locations around the Buffalo Niagara region.

Gov. Andrew M. Cuomo made a stop Thursday at the school on Donaldson Road to announce an increase in funding for after-school programs in four high-poverty school districts: Buffalo, Niagara Falls, Dunkirk and Friendship.

"We don't want you playing video games, we don't want you hanging around the house, we want you to learn more," Cuomo told Hamlin Park students Thursday in the school's gymnasium.

"So we are now funding after-school programs so it doesn't end at 3 o'clock," Cuomo said, "and we can provide more services, more help for the mind, for the body to stay in shape, to work through issues, to stay off the streets." 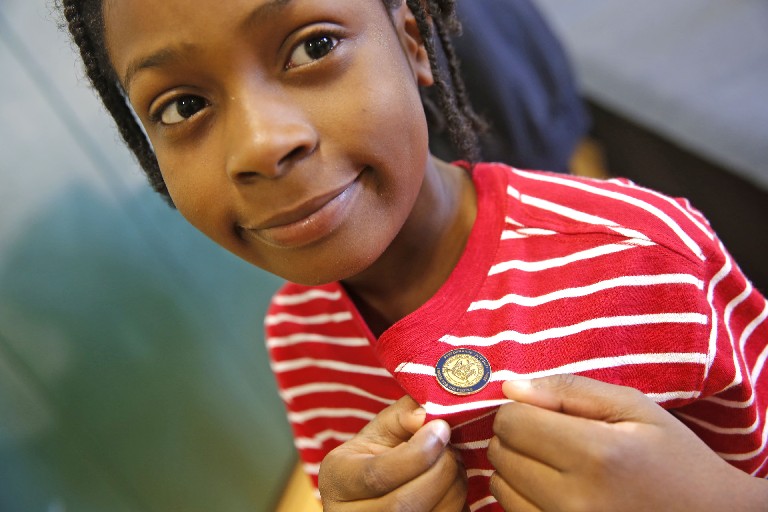 "This is an important component of our transformation plan here in Buffalo Public Schools," Cash said after Cuomo's announcement.

A major piece of Buffalo's reform efforts — dubbed the New Education Bargain — has been to revamp after-school programs, now offered at each of the district's schools, Cash said.

That so-called "extended learning" is also tied closely to the district's "community school" initiative, which provides a wide variety of services, programs and recreation to its students and families after hours and on Saturdays at 15 designated schools around the city.

One is Hamlin Park, which has about 475 kids in grades pre-K to 8, said Principal Patrick Cook.

"What the governor is talking about are some of his major initiatives — like investment in community schools, investment in school programs like the announcement today," Cash said. "These are two major components of the New Education Bargain."

While not all 34,000 students in the Buffalo Public Schools attend after-school programs, anywhere from one-third to two-thirds participate in any given week, Cash estimated.

"What we're trying to do is get kids off the bus and into enrichment programs," Cash said. "All of our community schools have a real strong after-school program."