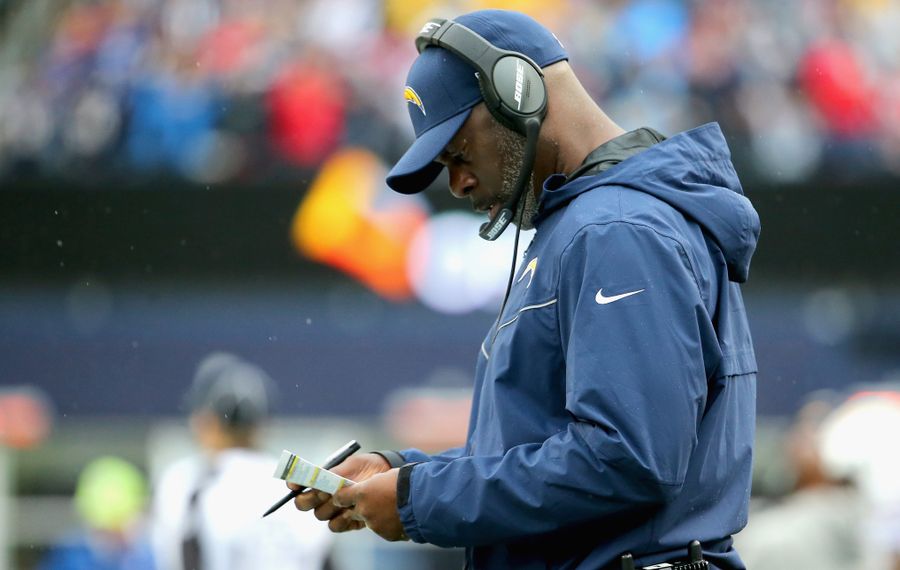 The Bills face their former interim coach Anthony Lynn, who is now the head coach of the Chargers.

Lynn interviewed with Bills' management and was at one point considered a potential likely successor to Rex Ryan.

After the Bills decided to start fresh with Sean McDermott, who had been Carolina's defensive coordinator, Lynn was named the Chargers' head coach.

“I’m where I want to be,” Lynn told reporters Wednesday, according to ESPN.com. “I interviewed there and they went a different direction. I didn’t think I was the favorite there anyway because how many times do you hire a guy from the staff when you fire the head coach? It doesn’t happen too often. I did appreciate the interview, but I’m where I want to be.”

Anthony Lynn on how last season ended: “I just rememeber it didn’t feel good going into that last game without my starting quarterback.”

While the Bills only have 22 players remaining from the former regime, Lynn says the familiarity could help his team on Sunday.

#Chargers coach Anthony Lynn on conference call: No revenge factor at all playing #Bills. “I was a little caught off guard” by Tyrod Taylor being benched.

And then there was this:

Anthony Lynn on what he misses about Buffalo: The restaurants, the food. The people, too, but definitely the food.