Early Monday, forecasters at the National Weather Service issued an outlook for hazardous weather next weekend.

So, take the next few days to prepare, just in case.

Forecasters have their eye on a potentially strong weather-maker that dropped south out of the Gulf of Alaska Monday that's eventually expected to spawn a deep area of low pressure across the Great Lakes by the weekend.

A cold front trailing the system is expected to sweep across the eastern Great Lakes, including the Buffalo Niagara region late Friday into Saturday. Although the North American and European weather models differ slightly about the strength and placement of the system, both agree it's expected to happen.

Storm system could bring strong winds, snow, rain and severe storms to the Midwest and East Friday into the weekend: https://t.co/wYBCXSFnUb pic.twitter.com/b99ch5agxr

"The surface low track is climatologically favorable for strong winds across our region, especially northeast of Lakes Erie and Ontario," forecasters said. "Behind the cold front, much colder air will move into the region later Saturday night and Sunday."

They added: "This may set the stage for significant lake-effect snow east of the lakes, although the details are never apparent five days out."

Coincidentally, this weekend is also the third anniversary of the double lake-effect snowstorm of November 2014, now infamously known as "Snowvember" in Western New York.

And, Thanksgiving Week itself looks frigid too. 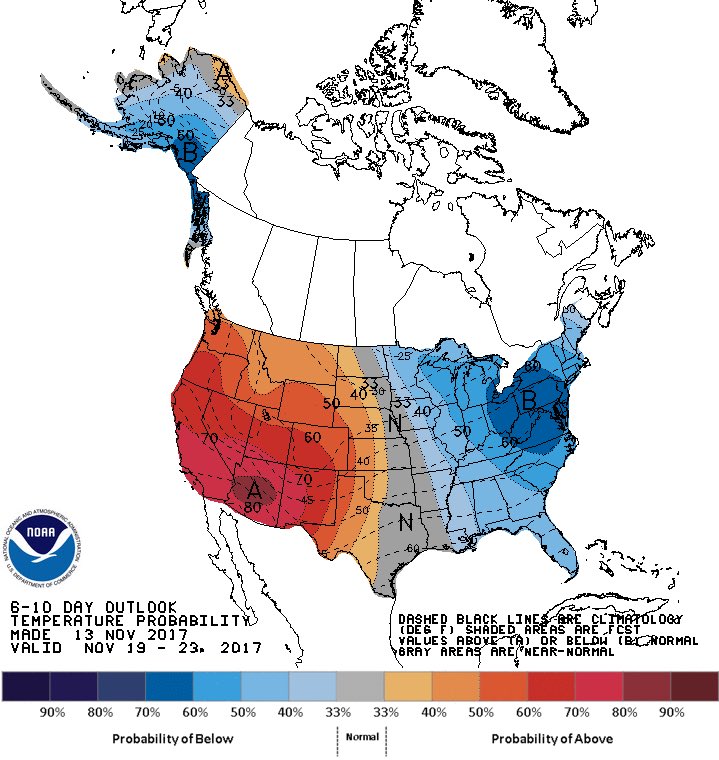 In the meantime, the weather service says expect mostly typical November weather today through the end of the work week: