Tristan L. Lambright, the man who streaked in front of thousands of spectators at the Buffalo Bills game on Sunday, pleaded not guilty Tuesday afternoon in Orchard Park Town Court to public lewdness, criminal trespass and exposure of a person. 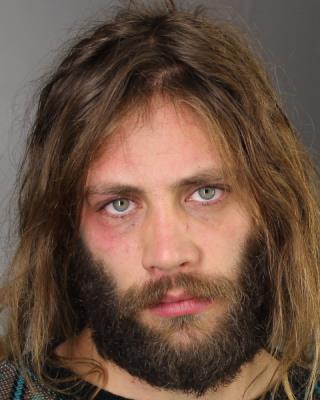 Lambright, 29, said nothing in court but outside the courtroom his two words said it all. "Bad decision," Lambright admitted, nodding his head while defense attorney Julie Atti Rogers answered questions from reporters.

"There is no question this incident has embarrassed him and his family," Rogers said.

"That moment of laughter and silliness has turned into something much more for him," said Rogers.

Justice Edward A. Pace released Lambright on a $500 cash bail posted by Daniel Snyder, Lambright's uncle. Lambright is due back in court Dec. 7 for motions. Rogers indicated that she would file a motion to dismiss the lewdness charge, a misdemeanor.

"Make no mistake, this is not a joke to my client," said Rogers. "This may have been a spur-of-the-moment funny hilarious thing to have done, but it's pretty serious now. He understands the ramifications of his behavior."

Lambright, who fell to the turf after he was finally tackled by stadium security, suffered minor bruising, said Rogers.

Two days prior to Lambright's arrest, family members attended the funeral of his grandfather, according to Rogers. The defense attorney expressed surprise at the outpouring of support for Lambright from friends and strangers throughout the country.

"It shows how truly amazing our community is," said Rogers. "I love how people banded together instead of being judgmental."

Lambright pulled off the stunt near the tail end of a lackluster game after many fans had already left the stadium. He attended the game with a friend from Canada, who was a fan of the New Orleans Saints, said Kari Snyder Parker, Lambright's mother.

"He's really more of a hockey fan than a football fan," said Parker.

"He studied ecology at NCCC, but found his passion as an arborist," Parker said Monday. "He's not quite a hippie. He's the square peg in the round hole."

Lambright has been skating for eight or nine years and was a member of a roller derby team in Ontario, Canada, said his mother. His skater pseudonym is Senor Wiener.

Friends of Lambert attempted on Monday to set up a GoFundMe account to help with bail and defense costs, but were rebuffed by site managers, said Parker.

GoFundMe prohibits the use of fundraising for the defense or support of anyone alleged to be involved in criminal activity, according to the terms and conditions listed on its website.

A number of other fundraising efforts have started. T-shirts and hoodies commemorating Lambright's streaking are being sold by a Buffalo company to benefit Hearts for the Homeless, a mobile soup kitchen that helps feed the poor and homeless. Attorney Rogers said Lambright was briefly without a home, but is now living with his uncle.

A "Pants Off Dance Off" will be held at 8 p.m. Nov. 25 at Expo Market at 617 Main St. to raise funds for Lambright's legal expenses, as well as Crisis Services in honor of Lambright's aunt, who recently died by suicide. Warm, clean clothing also will be accepted at the event on behalf of Hope House domestic violence shelter.