A hostile crowd didn't give an inch to West Seneca Supervisor Sheila Meegan and town councilmen during a meeting Monday night when the board approved an 8.6 percent property tax increase for 2018.

It didn't matter that the tax hike was less than the proposed 12 percent increase and that the tax bill on the average market value house of $150,000 would go up less than $100 next year.

Residents shouted after the vote, and they disrupted the meeting for several moments yelling comments and then chanting, "We're the town! We're the town!"

And then it got worse.

"Resign now, Sheila" and "I hate you, Sheila," some people yelled from the packed Town Board room, which is also the courtroom. Many got there more than a half-hour before the meeting started, and all were required to walk through a metal detector while purses and bags were checked. 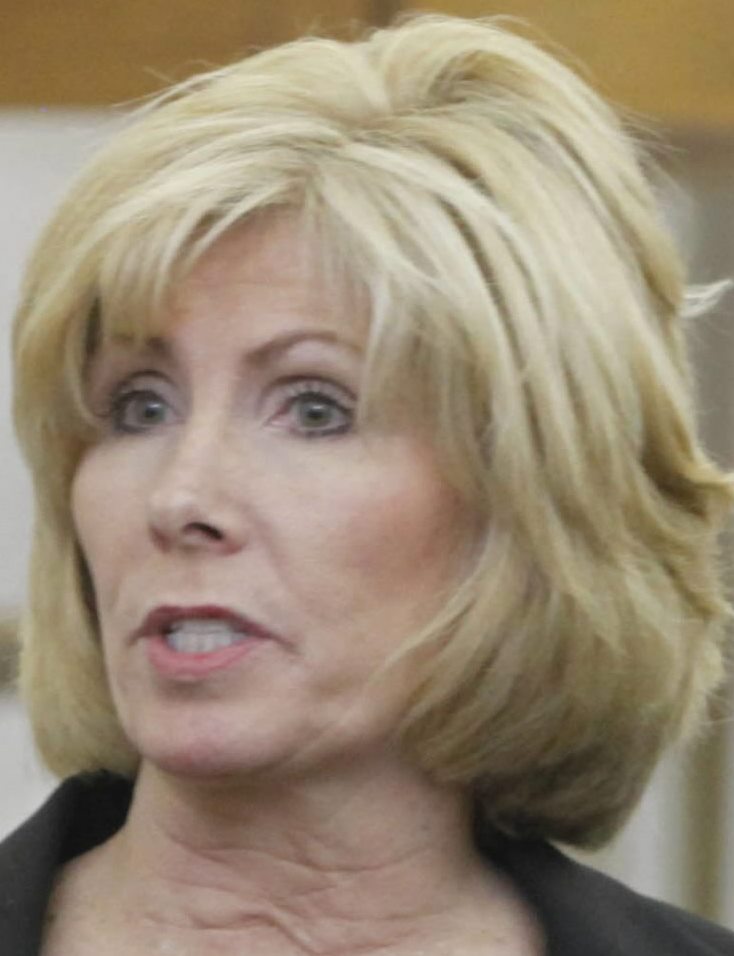 "That’s the unfortunate times we're living in," Meegan said of the increased security and metal detector, which she said the town will use at all future Town Board meetings. "It's for everyone's protection."

She said the meeting was terrible.

"It's getting scary," she said.

But she doesn't engage with naysayers, and she's still excited to go to work every day, she said.

"I know we're getting a lot done. I know we're doing the best we can," she said.  "I'm not going to be deterred by negative, false statements that are driven by hate."

One resident suggested that Meegan has bought property in Marilla and is moving there.

"I'm not moving to Marilla," the supervisor said.

Meegan said this year's budget meetings were more heated than last year, when she was vilified for proposing an increase of 29 percent in her salary. She ended up getting a 14 percent increase in her base salary, bringing it to $72,500, plus $1,500 in the stipend for being budget officer. Anger over the raise continued this year.

There were so many people at the first budget hearing this year that some could not get in the door at Town Hall. A second hearing was held at West Seneca West High School, drawing more than 400 people.

It was several hours in at that hearing that Councilman Gene Hart, after being criticized, said, "Who the hell would want this job?"

Deanna Pagliaccio of Center Road called him out on that Monday night.

Hart agreed it was unprofessional.

"I apologize to you for saying that. It was the end of a long, frustrating night," Hart said.

Joshua Smyth of Oakbrook Drive was disgusted with the whole board.

"This meeting, along with the past few others, has been an absolute circus and a disgrace to the town that I live in, and you guys should be ashamed of yourselves with the way this meeting has been conducted," he told the board.