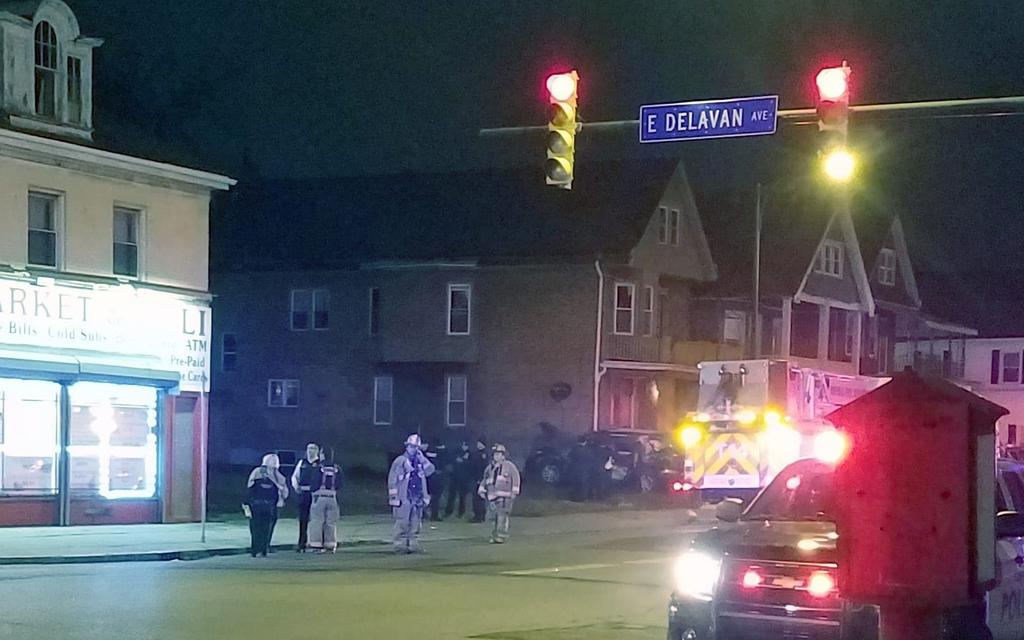 A car crashed into a house Monday night at the corner of Bailey and East Delavan avenues. (Harold McNeil/Buffalo News)

Buffalo Police and Fire crews Monday night responded to the scene of a motor vehicle accident at Bailey and East Delevan avenues, after a sports utility vehicle apparently struck a house on Bailey Avenue.

The intersection was blocked off to traffic as police and firefighters investigated the scene.

No information was available late Monday night about whether there were serious injuries resulting from the collision.