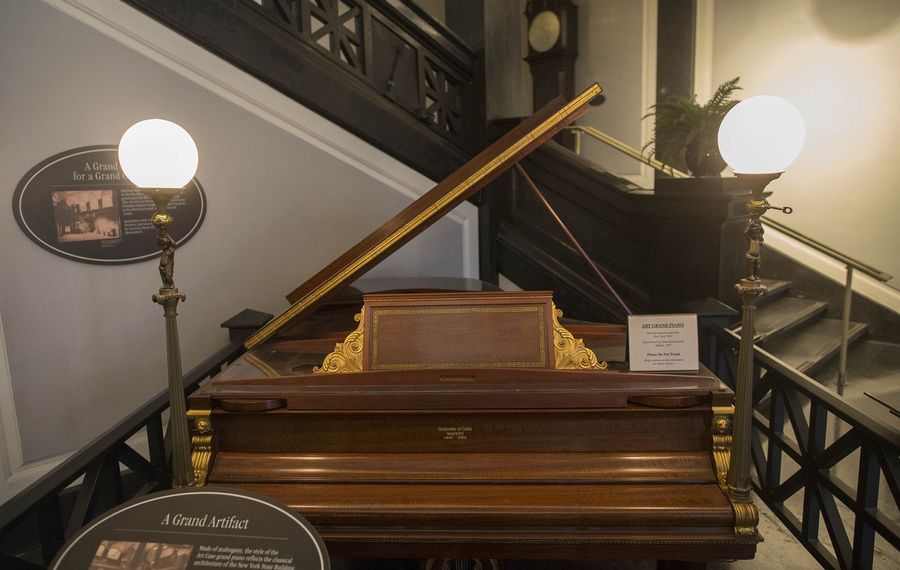 It's about to get more difficult for Western New Yorkers to get their fingers on a Steinway piano.

Denton, Cottier and Daniels, the Amherst firm that bears the title of the world's oldest Steinway dealer, is no longer going to sell Steinways.

For 157 years, Denton, Cottier and Daniels has been the exclusive Steinway dealer for all of Western New York. But Michelle Trimper, vice president, said Steinway's owners had imposed sales quotas that were unreasonable.

"They're really good pianos," she said. "The quotas they are looking for are not realistic for Buffalo and Rochester."

The historic relationship will officially be terminated Dec. 31. Until that time, Denton, Cottier and Daniels will be selling off the Steinways remaining in their Dodge Road showroom in Getzville, including a concert grand.

"Anything that is unsold goes back to the manufacturer," Trimper said.

Trimper emphasized that Denton, Cottier and Daniels would continue to be a Western New York fixture.

"We're going to continue bringing music to the masses as we have since 1827. We're not going anywhere."

Denton, Cottier and Daniels will continue to deal in fine pianos, she said. The store will offer historic and restored pianos, as well as digital pianos, and it will pursue relationships with other distinguished piano manufacturers.

Starting in 2018, until or unless another dealer emerges, Western New Yorkers who want to purchase a Steinway will find that their closest option is New York City. Steinway has two manufacturing facilities, one in New York and the other in Hamburg, Germany.

Steinway has been owned since 2013 by Paulson & Co., an investment management firm headed by billionaire John Paulson.

Denton, Cottier & Daniels, founded in 1827, is one of Buffalo's oldest businesses. It is one of a handful of storefronts included in the Buffalo History Museum's "Street of Shops," which shows how the city looked in the early 19th century.