Bill Munson has done the math, and the numbers are staggering.

Over a career with the Buffalo Bills that spanned five decades, Munson has – by his calculations – seen 889 games in person, driven more than a million miles back and forth from his home in East Amherst to the team’s Orchard Park headquarters and worked with 1,122 players and 227 coaches.

“I’m a big stats guy,” Munson said, a declaration he would prove to be undoubtedly true during a 20-minute conversation about his recent retirement. “I'm really blessed and thankful. I've respected and admired everybody in this business, from coaches, to players, front office and NFL personnel. Specifically our fans, who spent and really continue to spend every hard-earned dollar that they had to cheer us on through the good and bad years.”

Throughout his tenure with the team, which officially started Sept. 1, 1973 and came to an end exactly 44 years later, Munson held 11 different titles by his count, most recently as vice president of government relations and external affairs.

“I started thinking about it last year,” Munson said. “I said, ‘I’m going to be 67 years old. My dad died relatively young. I’ve had a great run, and now it’s time.”

Munson told Bills President Russ Brandon back in the spring that he’d “give him five months,” but that his mind was made up and he was going to retire Sept. 1.

At a send-off party, NFL Commissioner Roger Goodell sent a video message informing Munson that he owns the distinction of serving in an NFL front office for longer than anyone in league history. 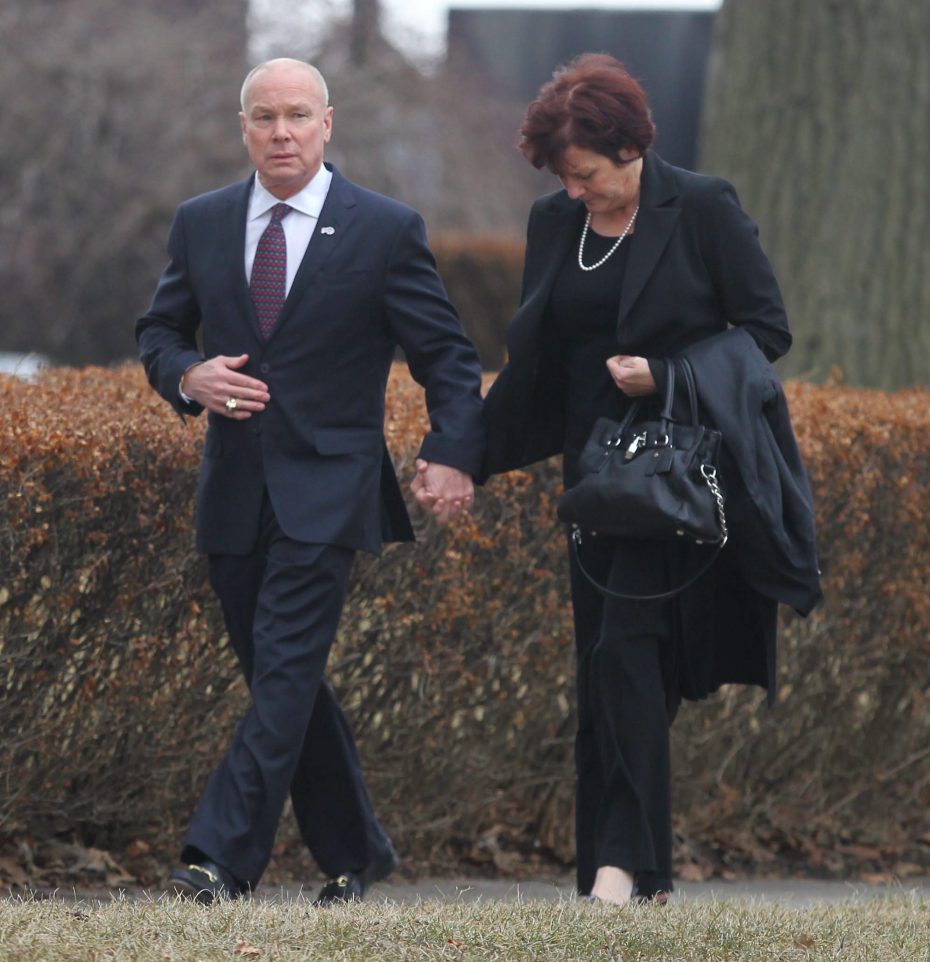 “I just broke down when I saw that,” Munson said. “That’s something that I can take to the grave with me.”

A 1968 graduate of Kenmore East – where he’s in the school’s Athletic Hall of Fame and Hall of Distinction – Munson never planned on working for his hometown team. After graduating from Kent State University, he attended the University of Massachusetts to pursue a master’s degree in sports management. While at UMass, he would work out nearly every morning before the sun came up in Boyden Gymnasium.

That was about the same time of day that legendary football coach Dick MacPherson used the gym. The two struck up a relationship, and one day the coach asked Munson what his future plans were.

“I had been accepted to go for my doctorate in sports psychology, but I had to do an internship,” Munson said.

Although he had offers from both the New York Yankees and Boston Celtics, Munson wanted to come back home to be closer to his father, who was dying from cancer.

MacPherson had worked with the Bills’ coach at the time, Lou Saban, with the Denver Broncos, so he made a call. Munson came home and interviewed with Saban and General Manager Bob Lustig.

Munson ultimately was given a three-month internship. His primary responsibility was to take season-ticket holders at the old Rock Pile on tours to show them where their new seats would be when Rich Stadium opened in the fall of 1973.

He did the job so well that several of those season-ticket holders reached out to founding owner Ralph Wilson Jr. to let them know of their satisfaction.

“After about a month, Mr. Wilson said ‘who is this guy Munson taking season-ticket holders around? I want to meet this guy,” Munson said. “So I flew to Detroit. My knees were shaking.”

Munson told Wilson about his plan to pursue a doctorate degree.

“ ‘You work for the general manager, Bob Lustig, but you answer to me.’ I shook hands with him and never left.”

That type of dedication came to define Munson’s career.

Munson’s first official title with the Bills was administrative assistant, but he quickly rose up the ranks to a number of different roles, including a promotion to assistant general manager/business manager in 1986. At the same time, Bill Polian was named the team’s general manager.

“We sat down and Bill said, hey Muns, I'll make it real easy -- I'm going to run football and you're going to run everything else,” Munson said. “Tickets, sponsorships, operations, administration. We had a great run. We had a saying at the time – ‘FOF,’ focus on football – and everything else was secondary. I think we were pretty darn successful.”

Munson can recite some of his favorite moments with the team with an encyclopedic memory. For example:

Munson also played a big part in the Bills’ continued presence in Buffalo. During the 1998 season, the team needed to sell $11 million in premium seating to release $68 million in state aid that guaranteed the team would stay in Buffalo. Munson was working as the vice president of operations at that time.

He’s also been present for the induction into the Pro Football Hall of Fame for every member of the Bills.

“I’m humbled to have been a part of all of that,” Munson said. “I really feel God has been good to me. I'm getting choked up thinking about it. I hope my career stood for something. I hope I made a difference in people's lives.”

Munson will be in attendance Sunday as the Bills look to improve to 6-3 on the season when they play the New Orleans Saints.

He won’t mind not having to report to work Monday after the game, though, as it’s fair to say he’s adjusting well to life as a retiree.

“Every day’s a holiday and every meal’s a banquet,” he said.

Waufle a finalist for award

Bills defensive line coach Mike Waufle is among 32 finalists for the seventh annual Salute to Service Award, which recognizes NFL players, coaches and alumni who "demonstrate an exemplary commitment to honoring and supporting the military community, as nominated by NFL clubs.”

Waufle, who is in his first season with the Bills, served in the U.S. Marine Corps from 1972-75. Since coming to Buffalo, he has visited the local Veterans Hospital as part of the National Salute to Veterans Patients. He also supports of the Marine Corps Scholarship Fund, Wounded Warriors, Disabled Veterans funds and several other organizations.

The finalists will be announced in January and the winner will be recognized during the NFL Honors awards ceremony the night before the Super Bowl. Atlanta head coach Dan Quinn was last year's winner.

In celebration of the NFL’s “Salute to Service” initiative, which recognizes military members for their service, the Bills will honor the five branches of the U.S. military during a pregame ceremony Sunday. As part of the tribute, a full-field flag will be unfurled for the national anthem, which will be performed by Christina Bagley, an airman first class with the U.S. Air Force.

More than 1,000 local families will be able to enjoy a Thanksgiving meal thanks to donations from Bills players and coaches as part of the Food Bank of Western New York’s annual “Thanksgiving Blitz” event.

Those meals will be distributed by the team from noon to 4 p.m. Tuesday at the Food Bank’s headquarters, 91 Holt St. in Buffalo.

Additionally, center Eric Wood will host his annual “Flights and Bites” fundraiser from 6 to 9 p.m. Monday at Big Ditch Brewing Company, 55 E. Huron St. in Buffalo. Funds raised will support the Children’s Hospital of Buffalo Foundation. Wood and several of his teammates will be present at the event, which features silent and live auctions, live music and food and drinks. Tickets can be purchased at wchob.ejoinme.org/FlightsandBites and more information is available by calling 881-8230.