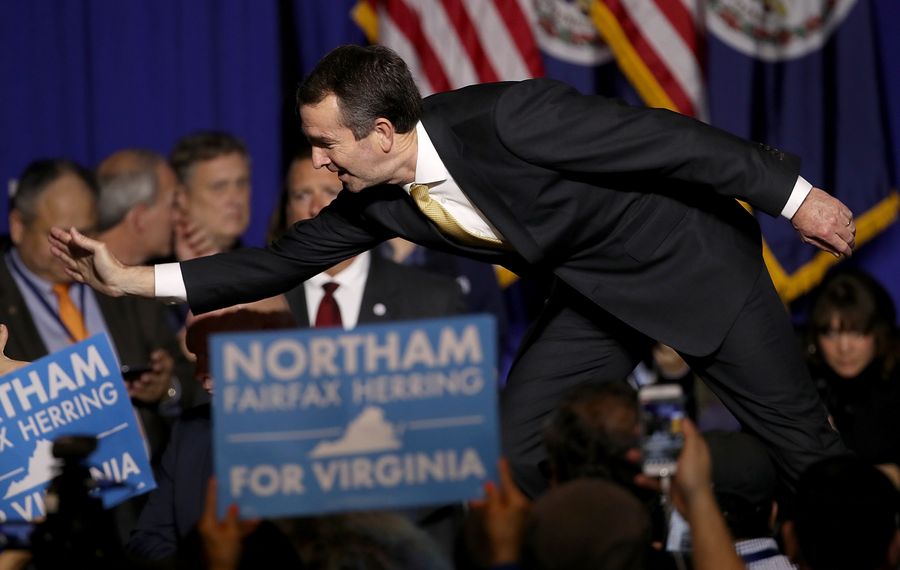 WASHINGTON – The savage whipping the Republicans suffered on Election Day has excited Democrats’ hunger for an impeachment of President Trump. The interest comes mainly from Democratic back benchers like Reps. Steve Cohen of Tennessee, Al Green of Texas and Pramila Jayapal of Washington State. Ever hear of them?

Wiser heads, such as House Minority Leader Nancy Pelosi of California and Jerrold Nadler of Manhattan, push off these urges. Nadler says “it’s too early,” meaning that Special Counsel Robert Mueller hasn’t yet started to build a case that Trump conspired with the Russians last year to win his razor-thin election. The trials of defendants already indicted won’t start until May.

The other reason is that Trump has become the best campaign material the Democrats could dream of. Popular antagonism toward Trump has turned the “purple,” or closely divided, Commonwealth of Virginia into a deep “blue,” or Democratic, fortress.

Turmoil in the Democratic Party, such as interim 2016 Chairwoman Donna Brazile’s charges that Hillary Rodham Clinton stacked the deck against Bernie Sanders, could not have mattered less. The Democratic nominee for governor, Dr. Ralph Northam, defeated Republican Ed Gillespie by nine points, close to double what Northam’s most optimistic polls had predicted.

Worse, research shows that not only did Trump not have any coattails, the Republican National Committee had absolutely no ground game. Northam, according to early results, raised $10 million more than Gillespie did, for a total of $34.1 million.

Northam got seven-figure help from Planned Parenthood, gun control advocates and three other categories, according to the National Institute on Money in State Politics. One would like to credit Buffalo-raised Democratic National Chairman Tom Perez for this. But Northam’s victory has the fingerprints of the former DNC chairman, term-limited Virginia Gov. Terry McAuliffe, all over it.

The sweep also carried in Justin Fairfax, an African-American, as the independently elected lieutenant governor along with Danica Roem, a St. Bonaventure alum, as the first transgender candidate to win a seat in the Virginia House of Delegates. She defeated a long-serving Republican, the self-declared homophobe Bob Marshall, in the bargain.

The sweep in Virginia leaves in question whether Republicans will retain control of the the state’s House of Delegates. Three districts are yet to be decided. If the Democrats do take it, it will be the first time since 2000.

Is this a sign that next year will see a “wave” election, where the Democrats will retake the U.S. House of Representatives? The vote here is that it will. A higher than normal number of House Republicans – 21 – have announced their “retirements,” usually to segue into the lobbying business.

A “wave” election against a regime scoring record highs on the stock market, where unemployment has reached lows not seen in a decade, where wages are slowly growing? Yes, a wave. Trump’s past and present behavior is proving so obnoxious, and his legislative urges on taxes, the environment and our national parks so fearsome that it will not matter what he accomplishes on the plus side.

The tax reform/supply-side legislation, breathlessly pushed by Trump and his House allies, contains nothing that will appeal to middle-class voters anywhere. The “trickle-down” theories embraced by the late Rep. Jack F. Kemp, R-Hamburg, and by a reluctant President Ronald Reagan in 1982 effectively proved worthless. The effort is being repeated today by the GOP House leadership. It is all smoke and mirrors, not just in high-tax New York State, but nationwide.

Today’s tax reform program is a great myth, and Republicans will pay bitterly for it next year at the polls.