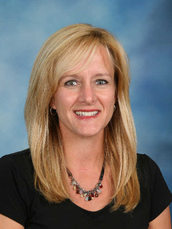 A veteran Williamsville North High School math and computer science teacher who has pushed her district to add new computer science courses has received a state honor for excellence in teaching.

Susan Recoon, who has taught at Williamsville North since 1992, is one of seven teachers in New York selected as finalists for the 2016-17 Presidential Awards for Excellence in Mathematics and Science Teaching, the state Education Department announced this week.

Recoon, 52, said she was "shocked" and "excited" to learn of the honor.

"It's really an honor to be recognized," Recoon said. "I'm among many great teachers in the state."

The state finalists included Recoon, two other math teachers and four science teachers. Award winners must show knowledge of their course material, effective use of teaching methods and tests to improve student performance and leadership outside the classroom.

Recoon said she's tried to embrace technology as it's changed from the chalkboard and printouts, when she started in Buffalo schools 30 years ago, to smart boards and recording her lessons today.

"I really do try to reach my students and I try to keep up with the times," Recoon said. "I'm a lifelong learner, and I'm dedicated to continuing learning and improving and coming up with new strategies in the classroom."

Recoon said she went before the district's curriculum council to recommend expanding the available computer science courses, from two to four, at the high school level. She presents at conferences in the community. And at the state level, she's active as an advocate through the Computer Science Teachers Association.

"I'm probably the voice and the push and the biggest cheerleader for computer science in my district, and my school has embraced some changes, and it's been fabulous," Recoon said.

The curriculum has changed over the years, Recoon said, but the basics have remained the same.

Recoon, who praised her students, was asked whether she thinks the award will give her any extra credibility with them.

"I hope they don't see me any differently," she said. "Really, they should still challenge me. Point out my mistakes when I make them on the board. Question, question, question. I enjoy that."

A committee of teachers, school district personnel, higher-education representatives and past award winners picked the finalists from teachers in middle and high schools across the state. A national review committee makes the final awards.

The White House in 1983 established the awards, which are sponsored by the National Science Foundation.