Despite a poor showing from the entire team, Tyrod Taylor had one of his most efficient efforts of the season against the Jets in Week Nine.

The main issue was his inability to avoid pressure, which led to him being sacked seven times.

As a passer, Taylor was good.

He had a perfect rating over the middle on passes that traveled between 10 and 19 yards. He completed five of five passes for 78 yards with one touchdown.

His lowest passer rating (66.7) against the Jets came at the same distance but on throws made to the left. He attempted two passes in that area and had one completion for 11 yards.

Here's how the Bills quarterback has performed as a passer after eight games in 2017. 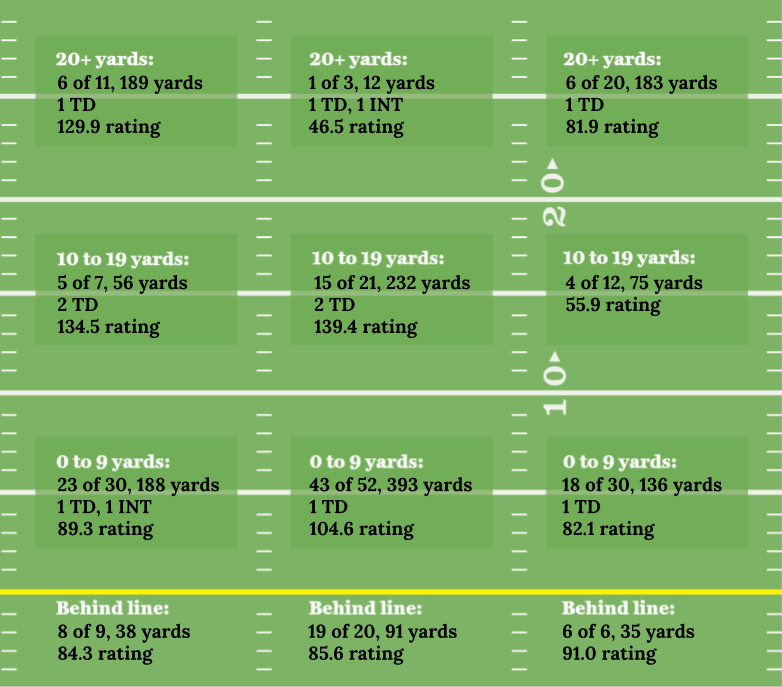 The biggest criticism of Taylor from 2016 — and 2015 — was a perceived inability to effectively work the middle of the field. In the first half of 2017, he's silenced those doubters.

He's completed 56 of 79 passes (77.6 percent) over the middle — not counting the passes made behind the line of scrimmage — at 8.38 yards per attempt with four touchdowns and one interception. That equates to a passer rating of 113.6.

Overall, the Saints defense is currently allowing a 79.2 passer rating to opposing quarterbacks.

Against the Jets in Week Nine, Taylor's escapability formula was as follows:

Taylor certainly tried to escape more than just two sacks in this game, yet he was only successful on two of those plays.

Through eight games, Taylor's escapability formula is as follows:

Just a week ago, Taylor had his EI up to -1. A rough outing against New York set him deeper into red numbers once again.

The Saints are currently tied for 10th with 23 sacks on the season.