Saints defensive coordinator Dennis Allen is aggressive. He blitzed the most in the NFL in 2016, and he often sends defensive backs at the quarterback to replace rushing linebackers or defensive linemen. Against New Orleans on Sunday, the Bills need to avoid third-and-long situations, when Allen gets exotic with his blitz package. 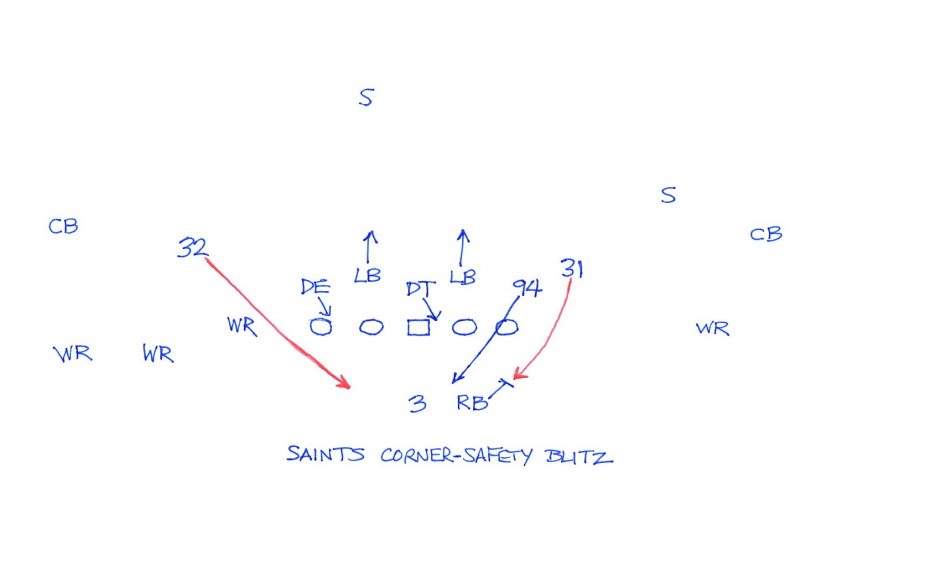 This was a third-and-12 play against Tampa Bay last week. The Saints threatened a double-A-gap blitz with the two inside linebackers, but the both backed into coverage at the snap. Slot cornerback Kenny Vaccaro (32) blitzed off one edge. Safety Chris Banjo (31) blitzed off the other edge. The pocket collapsed, and the sack was made by defensive end Cameron Jordan (94).