Bob Dylan tours incessantly, and he stumbles through the Western New York region on nearly every tour cycle. He's been doing so for decades. You'd think by now another Dylan-in-Buffalo show – this one at Shea's Performing Arts Center on Saturday Nov. 18 – would be no big deal, something even a Dylan-head could sleep on without suffering any chinks in their fandom armor.

And yet, it's still an event that smacks of import.

In his just published text "Why Bob Dylan Matters," Harvard Professor of the Classics Richard F. Thomas name-checks Sappho, Catullus, Horace and Ovid as "the brilliant lyric poets and love poets whose work captures what it means to live and love, to win and lose, to grieve and celebrate, and to grow old and die." Thomas is talking about the epic poets whose work forms the core of his own considerable scholarship. But he could just as easily be talking about Dylan.

Thomas, as it turns out, is a Dylan fanatic, and he considers the gruff-voiced crooner to be a man whose work is "incapable of being contained by time or place."

Hardly the first scholar to cop to a lifelong love affair with Dylan's work, Thomas is certainly one of the more cogent, precisely because his belief that Dylan has a seat at the table with the likes of Homer is presented as a prima facie fact, his ground zero as a writer and thinker.

Good timing for Thomas, then, for a flurry of new works dedicated to Dylanology have hit the streets concurrent with "Why Bob Dylan Matters."

One could all but hear the collective groan of serious Academia when Dylan was awarded the Nobel Prize in Literature in 2016, becoming the first American musician to do so. Surely, this was some sort of joke at the expense of American writers, they coughed, collectively. But it wasn't. And Dylan, after some typically inscrutable conduct surrounding the acceptance of the award, did indeed deliver an acceptance lecture, one that reads like Mark Twain as interpreted by Saturday Night Live's "Drunk Uncle."

Prior to the book-form publication of his remarks, Dylan recorded his speech over a faint backdrop of noir-ish lounge-jazz piano, and the audible evidence suggests he was enjoying both the topic and the cadences of his own inimitable delivery. It's a hoot, but it's also heavy – Dylan is able here to make connections between the vernacular of old, weird American music, rock 'n' roll, and serious literature in a way that so many of his journalistic observers, this one included, have never been able to.

"You know what it’s all about," he writes. "Takin’ the pistol out and puttin’ it back in your pocket. Whippin’ your way through traffic, talkin’ in the dark. You know that Stagger Lee was a bad man and that Frankie was a good girl. You know that Washington is a bourgeois town and you’ve heard the deep-pitched voice of John the Revelator and you saw the Titanic sink in a boggy creek. And you’re pals with the wild Irish rover and the wild colonial boy. You heard the muffled drums and the fifes that played lowly. You’ve seen the lusty Lord Donald stick a knife in his wife, and a lot of your comrades have been wrapped in white linen."

I mean, come on. You could spend a few years unpacking this single paragraph. It's dense, yes, and it's playful, but it's also as serious as a heart attack.

Concurrent with the publication of "Bob Dylan: The Nobel Lecture" comes "Bob Dylan: 100 Songs," a smartly curated collection of inspired lyrics that is meant to say "Hey, look, this guy really is deserving of the Nobel."

If that doesn’t do the trick, then the equally fascinating "Bob Dylan: The Essential Interviews," edited by Dylan scholar Jonathan Cott, certainly should. In interviews spanning 50 years, Dylan proves himself to be at turns obtuse and revealing, humble and gruffly dismissive, highfalutin and grounded in earthy vernacular, sublime and absurd.  Dylan's interviews are high art, Shakespeare dressed as Charlie Chaplin delivering a Hobo's lament. His best interviews are on equal footing with his best songs.

At the heart of all of this Dylan-related activity is "Trouble No More: The Bootleg Series Vol. 13: 1979-1981." There's a reason this meaty multi-disc collection lands with such an imposing thud on the table of the Dylan-head, for it is in essence a collection of stone tablets documenting sermons from on high, delivered to an audience who may or may not have been a bit high themselves. Yes, friends, this set might have been dubbed "Dylan: The Jesus Years," for it documents a period many fans would be fine with forgetting – that time when Dylan heard, to borrow his own words, "the deep-pitched voice of John the Revelator" and felt it his duty to paraphrase John's thoughts in the Book of Revelation in the stern and stentorian cadences of a street preacher.  Take that, ye hippies! 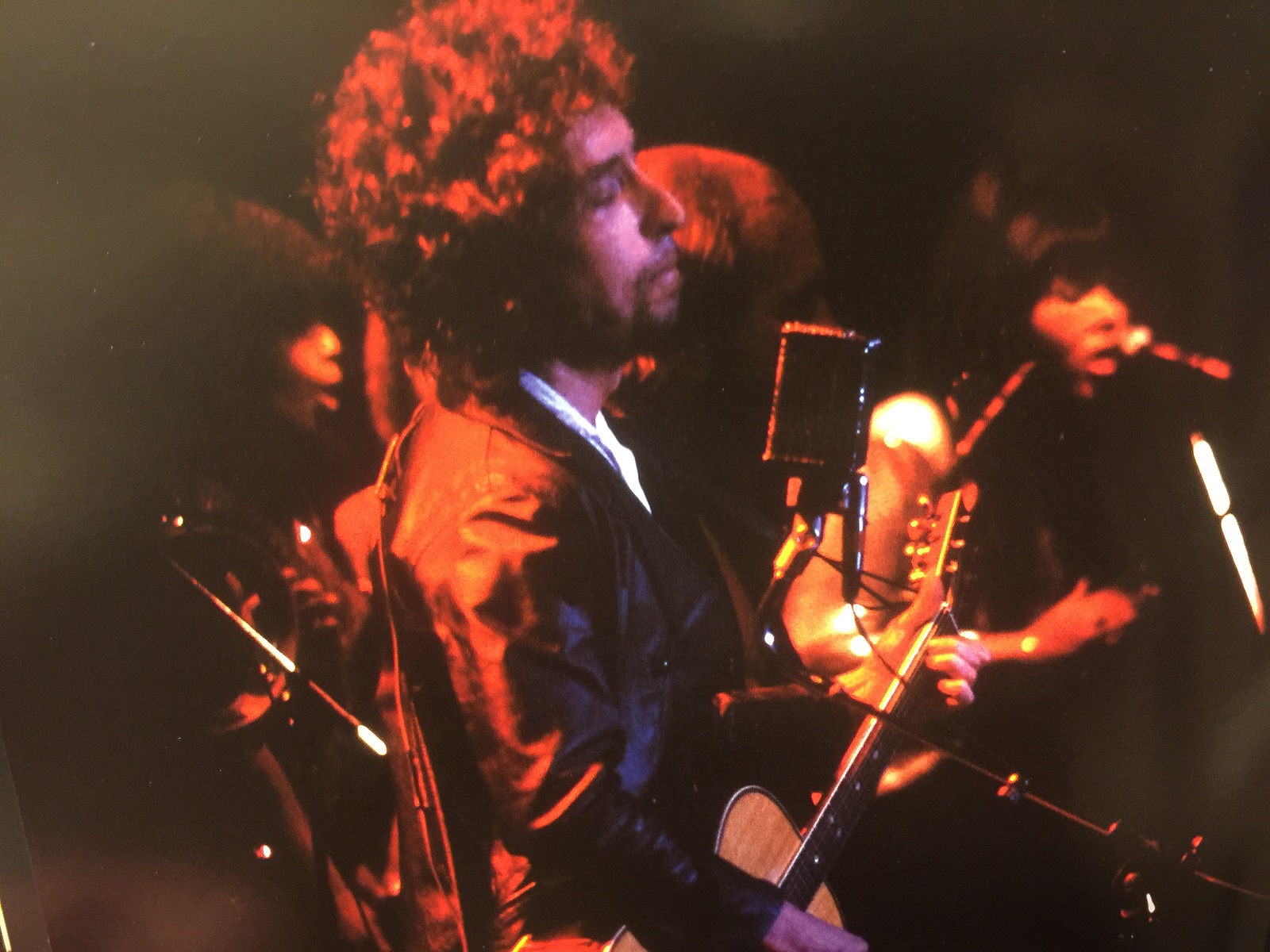 Bob Dylan performs in 1980, from the new box set "Trouble No More."

That Dylan, who had appeared previously to be an open-minded, perhaps even liberal, if not downright revolutionary thinker was now making like Jerry Falwell with a guitar was (and still is) just plain too much for many fans to accept. I never really minded any of it. If one had to suffer through a few decidedly judgmental on-stage rants and a "God Gave Names to All the Animals" or "When He Returns" in order to get to a "Gotta Serve Somebody" and "Every Grain of Sand," so be it. Clearly, Dylan was wrestling with something here. Just as clearly, he emerged on the other side of it a better writer and perhaps even a better man.

Will "Born-again Bob" make an appearance at Shea's? Doubtful. Dylan is not one to push his latest "product," and he's not the same man he was in 1980. Look instead for another sturdy, workman-like and at least occasionally inspired performance.

And expect to, in the words of Thomas, feel, at least for a few moments, "what it means to live and love, to win and lose, to grieve and celebrate."