The last two weeks have tormented, teased and titillated the Buffalo State men's soccer team, which returns to the NCAA Division III National Tournament for the first time since 1984.

The Bengals host the first two rounds, with their first match at 7:30 p.m. Saturday against Hobart at Coyer Field. Messiah jousts with Castleton before at 5. Tickets are $6 at the gate for the public, and the first 100 students get in free. After that, students pay only $3.

For a team that entered the SUNYAC tournament ranked No. 13 in the nation, the road to the promised land shouldn't have been this nervy for the Bengals. In fact, after losing to Geneseo in the quarterfinals, head coach Mark Howlett thought the season might be over.

The week following the SUNYAC tournament loss was dark.

"We came in the locker room and we thought our season was over," admitted red-shirt senior captain Luke Pavone. "All the seniors said bye to everyone, and a couple hours later we got a text from coach saying that we were training this week and we had a chance of making it."

The awkward sessions that followed brought out the worst of the team. 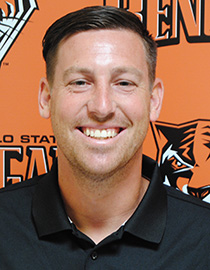 The Bengals' Mark Howlett won SUNYAC coach of the year honors this week.

"The week after Geneseo was probably the hardest week of my coaching career thus far," Howlett said after training Friday. "Trying to keep them motivated in a way that we're still going to play but having so many unknowns...

"With so many seniors in the group, not knowing whether it was over or not over, I think of the five practices we had that week, one of them was good. There was stuff creeping in attitude-wise that we hadn't seen, I think because we had so many people on edge."

The nerves reached a fever pitch before Buffalo State escaped limbo. During the tournament selection show on Monday, the East Region was unveiled last, leaving the Bengals with plenty of time to count the at-large bids doled out and see neighbor Medaille, a team the Bengals had beaten for the second straight year, learn their first-round foe.

"At first our name wasn't called and we were just all really nervous, but as soon as our name got called we were extremely excited and everyone was going nuts," said senior captain Sammy Wasson.

Through contact with people in the know, Howlett was confident that the Bengals would get in; results from around region, like Oneonta winning the SUNYAC and the University of Rochester failing to win its last two games, pointed in a positive direction. When Buffalo State didn't lose much ground in the regional rankings, a trip to the tourney seemed likely.

The program's first tournament berth since 1984 was the perfect antidote for ill tempers and an unsettled week of training. Judging by the final half hour of Friday's session, spirits were high and banter prevalent - the Bengals looked like a team thankful for a second chance.

But the demoralizing loss to Geneseo stands as the last time the Bengals took to the pitch, one littered with lessons for a veteran-laden side.

"If there was anything, there was just a complacency of 'we always go out and do what we do and it's going to be good enough,'" recollected Howlett. "When that didn't happen, we imploded. Guys that you can rely on to be level-headed weren't level-headed. That was apparent, and that was the disappointing part of it." 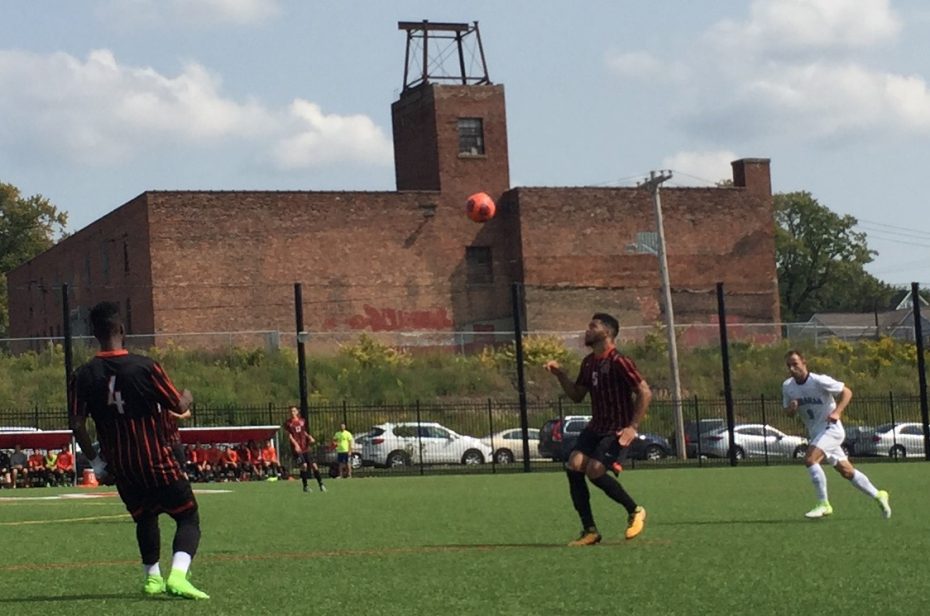 "We bounced back [from Houghton] and we went on a 15-game unbeaten streak," said Wasson. "That's how we're feeling now. There's a bunch of seniors on our team - we were given a second shot and we want to make the most of it."

The bright mood at training suggests the Bengals have put the Geneseo match largely in the past.

"We're going to get a good crowd, and we're just going to play our game," Wasson added. "We don't lose much at Coyer, so we're going to be ready to go."

Some of the star winger's closest friends from high school and Empire United - Josh Vendetta and Carl Weiss - were a part of the Statesmen program, which Pavone nearly attended after graduating from Churchville-Chili High School in Rochester.

"I've visited Hobart maybe two or three times a year," Pavone added. "I got pretty close with the coach (Shawn Griffin) when he was recruiting me. It's more than just a game for me." 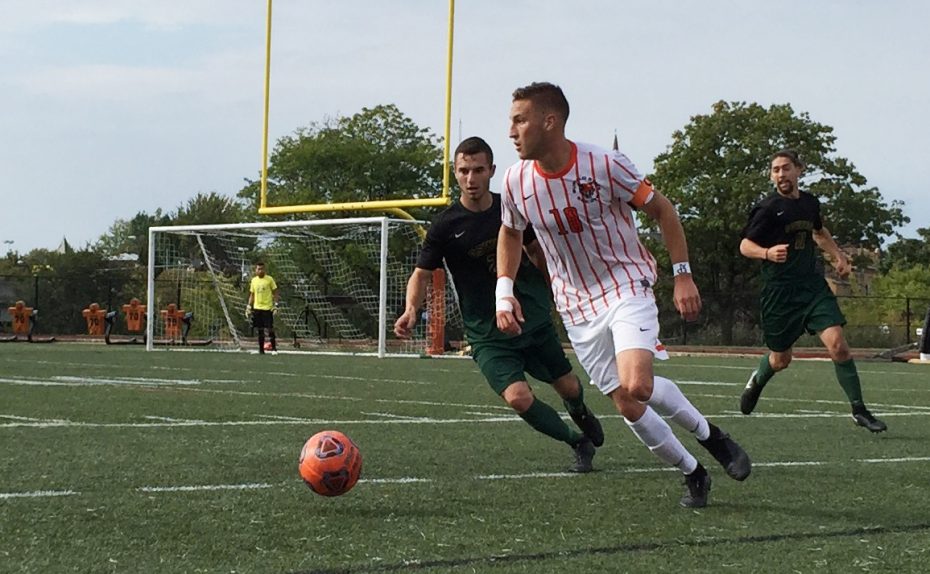 *CRAZY  CONNECTIONS: The ties are close for more than just Pavone. Buffalo's football fans are familiar with Kurt Schulz, a Bills safety during the Super Bowl era. The BDSL Panther's son, Patrick, a senior forward for Hobart, has scored twice in 17 games, making six starts along the way.

Griffin's assistant coach is Andrew Bednarsky, an FC Buffalo midfielder for parts of two seasons during and after his tenure at St. Lawrence University. Hunter Critchlow, the Statesmen's leading scorer, spent two seasons with the Fredonia Blue Devils.

*FINAL WORD: "[An NCAA Tournament game] is special for the guys. You look at the numbers, and it's like 15 percent of student-athletes at this level and teams make it to a national tournament. It's such a low number. For them to always have this and always know that they've earned this, it's incredible.

"You never know when you're going to be back here." - Mark Howlett, Buffalo State head coach