The UB women's basketball roster hasn't changed drastically from last season. Even better, the team has almost everyone back from two years ago, when the Bulls won the MAC Tournament. The group has grown together, and as the favorites in the MAC East, are primed for another title run.

"I like our seniors," coach Felisha Legette-Jack said. "It's our first time since I've been here we've had this big a number, so I'm cautiously optimistic."

Legette-Jack said it's never easy starting a season, but the familiarity has been a bonus. Four of the starters have countless hours of practice and game experience together, and the fifth was in every practice last season. The women know what's expected from them.

Standing in the Bulls' way on the other side of the conference is Central Michigan, a team that won the MAC West and the overall MAC regular season championship last season. The Chippewas received 10 votes to win the overall title in the preseason poll, while UB and Ball State each had one.

"I really think that we're more than a one-team conference," Legette-Jack said. "We need to be talking from the commissioner down how we can get two women's basketball teams to the NCAA Tournament."

Stephanie Reed could go down as one of the best point guards to play Big Four basketball. She's the leading scorer amongst the returners. The senior Australian averaged 11.5 points and 7.3 assists.

Forward Summer Hemphill, who was an All-Western New York standout at Cardinal O'Hara, is an emerging star. She's one of the fastest players in the MAC and is dynamic in transition.

In the past, UB has relied on its suffocating defense. The Bulls gave up the fewest points per game in the MAC last year, allowing just 61.6. Last week's Bloomsburg scrimmage proved it still won't be easy to score on the Bulls, as they forced 39 turnovers, but UB has the athletes to play an up-tempo offense as well.

The Bulls lost leading scorer JoAnna Smith to graduation, but are able to slide junior Cierra Dillard, a transfer from UMass, into her place. Dillard was limited to the scout team due to transfer rules last season, but had a year to observe and analyze her teammates' styles. With her talent, there's no question she'll be in the starting lineup.

"She comes from a program in the A-10, where that's a better conference supposedly than us, and she was the second-leading scorer in the entire conference," Legette-Jack said. "What Cierra brings to the table is not just scoring, but she can get the ball to other people." 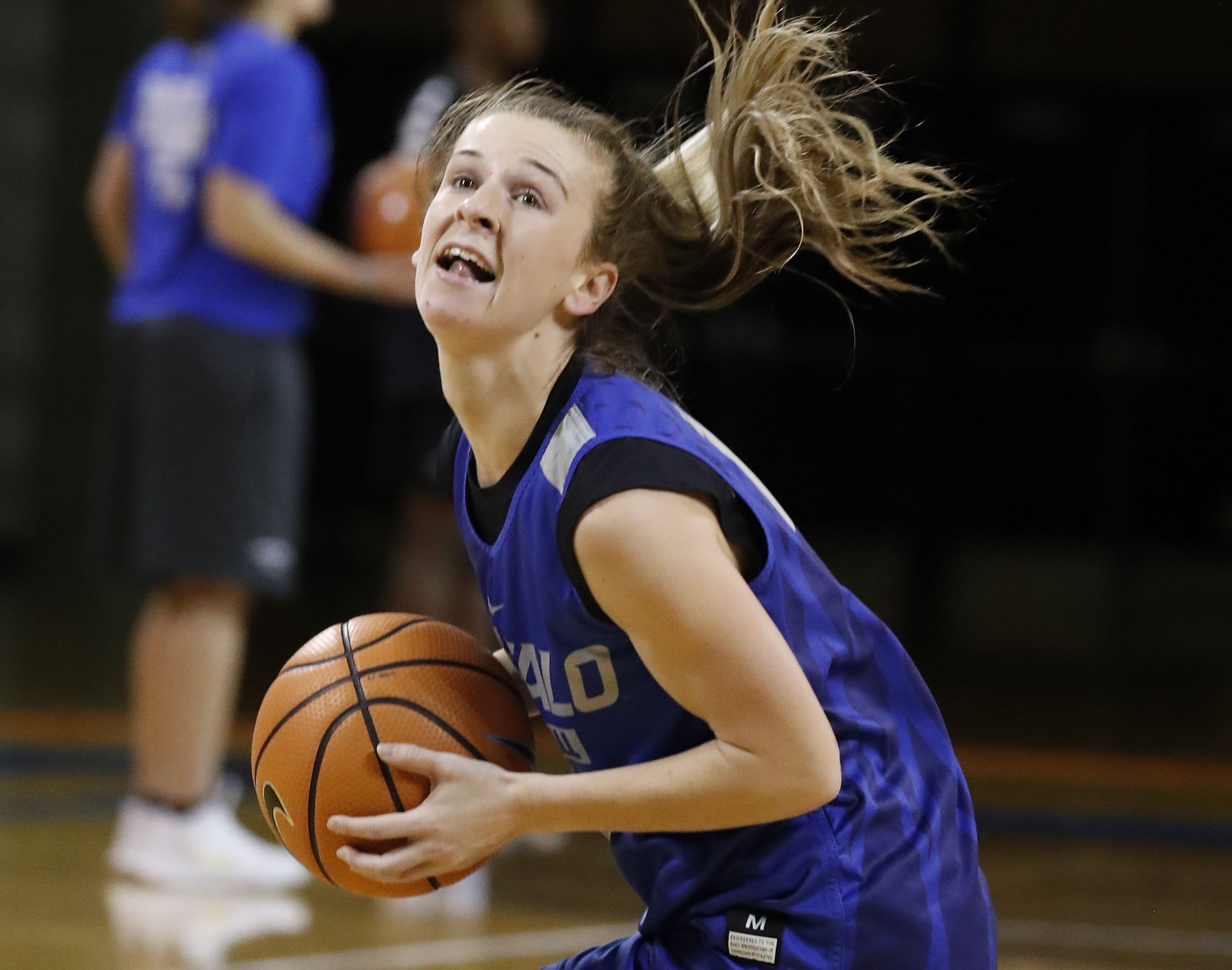 The Bulls struggled shooting 3-pointers last season, hitting only 28 percent of their outside shots. The only team that fared worse in the MAC was Eastern Michigan, which went 6-25 in 2016-17. Courtney Wilkins returns after shooting 33 percent from deep, while Dillard should ease the loss of UB's other 30 percent shooter, Smith. Dillard shot 32.6 percent in her two seasons at UMass.

Teams need to make the most of the possessions they get when facing the Bulls, as UB led the MAC in rebounding margin (+6.2) and and was second in steals (9.1 per game).

Legette-Jack is very happy with the non-conference schedule, which is highlighted by Arizona State and St. John's.  Both teams were top-100 RPI squads last year, and the Sun Devils made it to the second round of the NCAA Tournament. Kent State, picked second in the MAC East, comes to Buffalo Feb. 7. A week later, UB hosts Central Michigan on Feb. 14.

The Bulls are the heavy favorite to win the MAC East, so failing to take the division crown would be a surprise. Unfortunately for the Bulls, defeating Central Michigan in the title would be just as big an upset.