A few years out from the University at Buffalo's first trip to the NCAA Tournament, coach Nate Oats and the Bulls have accomplished something even more elusive than a bid to the big dance: consistent success. It's set a new tone for the program.

"They say it's hard to get to the top," Oats said. "It's even harder to stay there. It was tough last year. We'd been to two tournaments in a row and we actually finished second in the MAC last year. Previously everybody around here would be super happy, but everyone around here was ticked off. ... I'd much rather have it that way than the other one."

UB is a contender to win its third MAC title in four years because of its ability to restock talent, for which Oats credits assistant Bryan Hodgson. UB lost two of its better players, Blake Hamilton and Willie Conner, yet the Bulls are still the favorites in the MAC East. UB received 24 of 30 possible first-place votes in the preseason poll.

"I've been really happy with how recruiting is going here," Oats said. "Now the question is can we get them to jell, play together, guard, be tough, get some leadership."

The Bulls have also brought in a pair of transfers expected to start in wing Jeremy Harris and guard Wes Clark. Harris, formerly of Gulf Coast Junior College, was the No. 8 player in North Carolina coming out of high school and was one of the best junior prospects available. Clark, a transfer from Missouri, will miss the first seven games due to NCAA transfer rules but solves UB's questions at point guard once he's available. He has experience with Oats, having played for him in high school.

The accumulation of talent led to UB earning the top spot in the MAC East preseason poll since 2005-'06.

UB has the depth to play both big and small, making it a difficult team to defend.

With Clark, Massinburg, Perkins and Harris penciled in as starters, Oats has a solid nucleus. If they play small, Oats says he likes what he's seen from Dontay Caruthers. He's a strong defensive guard. If they go big, Montell McRae would likely be the guy. He's a junior college transfer from South Plains.

Davonta Jordan is starting at the point in Clark's absence, and Oats said he's 100 times better than he was at this time last year. Caruthers and Massinburg can also play point guard, and the Bulls have also experimented with Harris there as well. 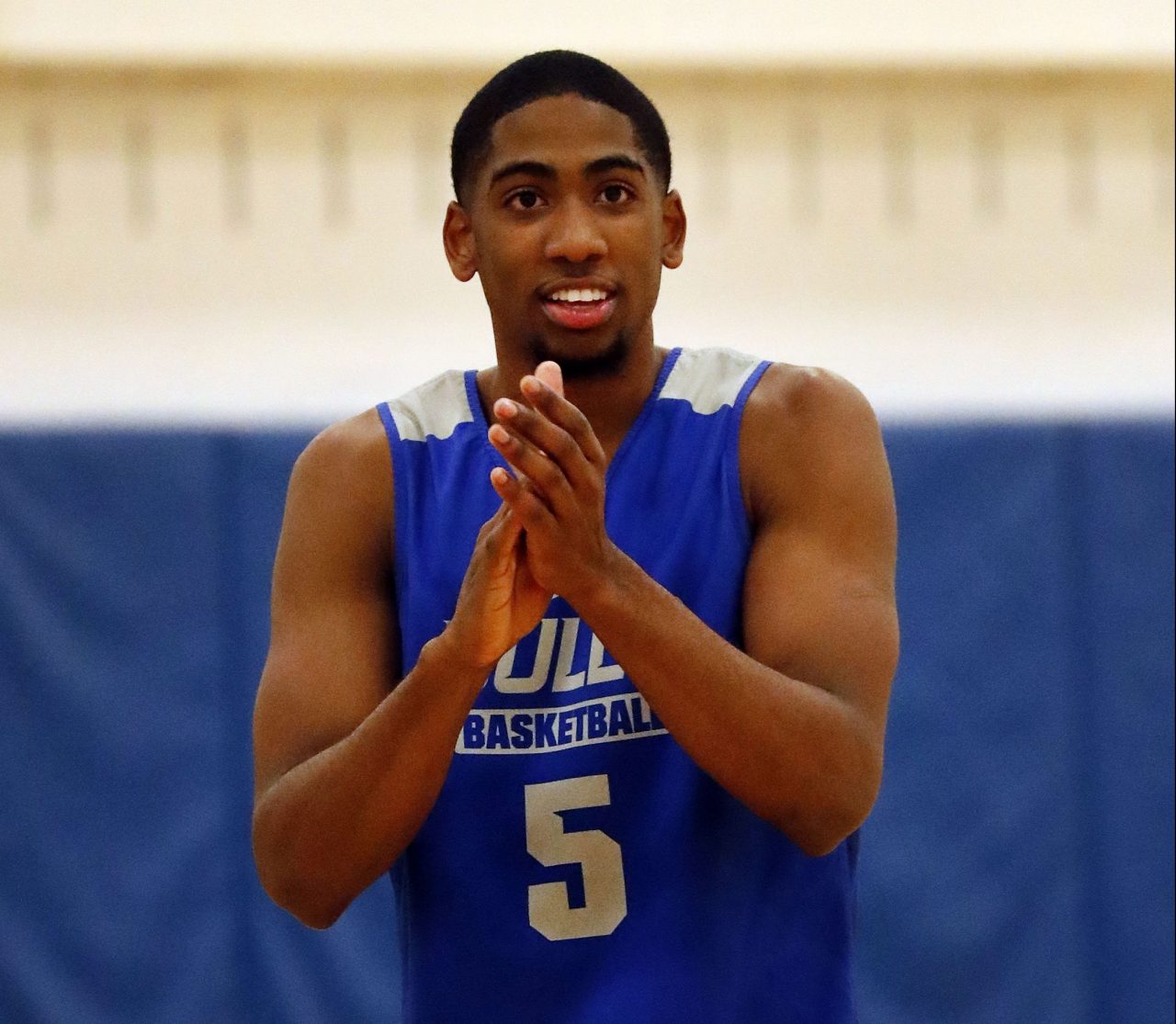 Oats said the team worked to improve in three areas from last year: shooting, turnovers and fouls. Shooting is the easiest fix. The Bulls shot 32.7 percent from 3-point range last season, just ninth in the 12-team MAC. Oats brought in four players he feels confident can up that average: Clark, James Reese, Harris and Jayvon Graves. Clark is the only one who has experienced Division I success, shooting 37 percent in his final year at Missouri.

McRae, another addition, is a good shooter for a big man, and Caruthers and Jordan spent quality time in the gym this off-season working on their shots. Oats doesn't expect that pair to become great shooters, but would like them to be respectable.

"We aren't trying to lead the country in 3-point percentage, but we can't be ninth in our league," Oats said.

No. 12 Cincinnati, picked first in the American Conference's preseason poll, poses an enormous challenge for the Bulls at the Caymen Islands Classic. Barring a waiver giving him early eligibility, Clark will make his debut at Syracuse. In the conference slate, the Bulls face preseason MAC East No. 2 Kent State twice in the latter half of the schedule, at home Jan. 30 and on the road Feb. 13. Three of the Bulls' games will be on national television: Jan. 2 vs. Toledo and Jan 16 at Ohio are on CBS Sports Network, while the Bulls' Jan. 12 game at Western Michigan is on ESPNU.

If Massinburg and Perkins make the expected progression and the rest of the team fits together, don't be surprised to see UB come March Madness.