A year into his tenure as St. Bonaventure head coach, Jesse Fleming's program is very much in transition. His 9-20 record in year one, a 15-win decrease from Jim Crowley's final win total, shows even with recent program success it's difficult to jump into a program that lost four starters and 65 percent of the offense. A majority of his roster this year is underclassmen, and four of the 11 players are new to the program.

There aren't many expectations for a Bonnies team picked 12th of 14 teams in the Atlantic 10 preseason poll, as Fleming turns his focus to building and developing the youthful roster at his disposal.

St. Bonaventure has been known to surprise before, though. Last time the Bonnies made it to the NCAA Tournament, in 2015-16, they were picked ninth at the start of the year.

Mariah Ruff, the lone senior, is the backbone of the Bonnies. She's the last remaining player of a class that started with four. The former Miss New York Basketball recipient is a second-team all-conference selection and averaged 13.9 points, four rebounds and 3.8 assists per game last season.

Mckenna Maycock, the other guard, took a big step forward in her sophomore year. The leading scorer in Western New York high school girls basketball history, her points per game jumped from 1.3 as a freshman to 7 in her second year, while her rebounding went from 1.2 per game to 4.4. She was also very efficient, making a team-leading 48 percent of her shots.

The two freshmen have very different backgrounds but both boast impressive resumes. Forward Abigail Johnson played in the Women's British Basketball League, the top tier of professional basketball in the United Kingdom. She ranked fourth in the league in rebounds and has represented England on the international level.

Forward Emily Calabrese was first-team All-North Jersey and second-team all-state. She's the only player in her high school program's history to total over 1,000 points and 1,000 rebounds in a career. With those numbers, it's no surprise she accumulated 56 double-doubles.

Keely Fresh, who showed promise as a freshman, is back after missing a year with a torn labrum.

The Bonnies offense sputtered last season, scoring a league-worst 55.6 points per game. Dragging them down was a 25.7 percent 3-point success rate, which stalled an offense that was respectable overall in field goal percentage. Also hurting St. Bonaventure's offensive cause was the frequency of turnovers. Bona had the second-worst turnover margin in the A-10 in 2016-17.

St. Bonaventure was accustomed to getting big totals out of its forwards after Katie Healy's impressive career. The Lancaster native graduated two years ago as one of two players in program history to record 1,600 points and over 800 rebounds. The Bonnies only graduate student last year, Gabby Richmond, did an admirable job filling in some of that production. She scored 12 points and grabbed seven rebounds per game.

It's on the pair of freshmen and transfer Arielle Harvey to take over at forward now. Harvey, an All-Mid-Florida Conference selection, averaged 16.2 points and 5.4 rebounds at Daytona State last season. St. Bonaventure is her third stop, as she started her career at UNC-Greensboro. 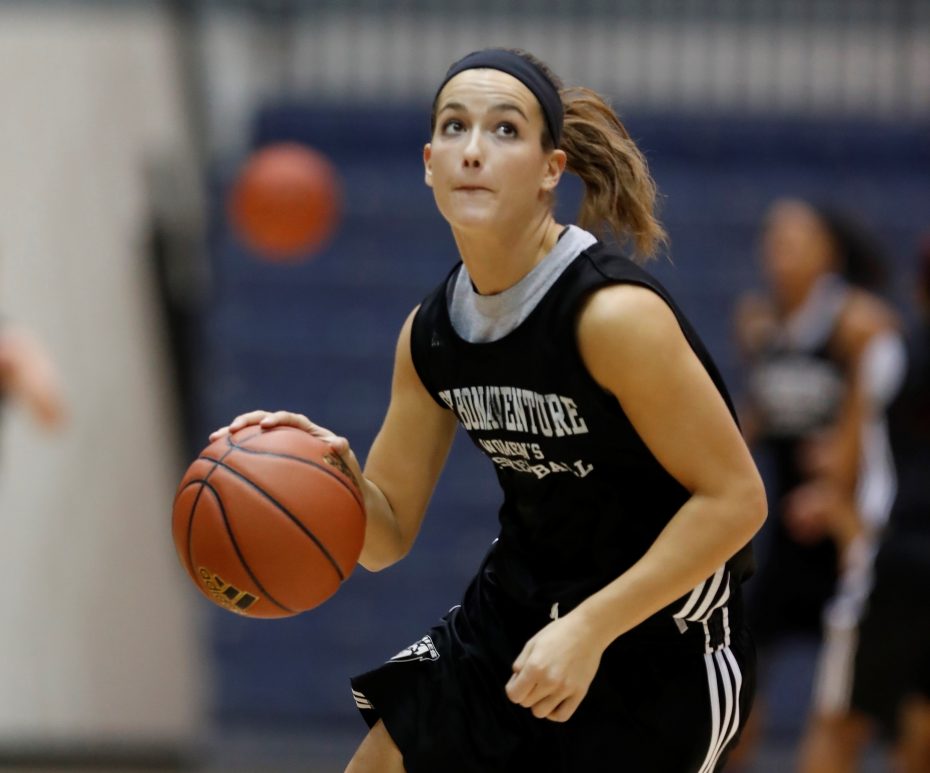 The defense was still there for the Bonnies, who were known for that end of the court under Crowley. St. Bonaventure was sixth in the MAAC in points allowed despite its lopsided record.

St. Bonaventure faces three teams in nonconference play that made last year's postseason: Albany, Bucknell and Toledo. Penn State made the WNIT. The Bonnies visit Canisius and host a tough UB team. In the A-10, Bona plays conference favorite Dayton only once. The Bonnies travel to Ohio Jan. 10.

A top nine finish in the standings would be a sign of progress in the early stages of Fleming's tenure.