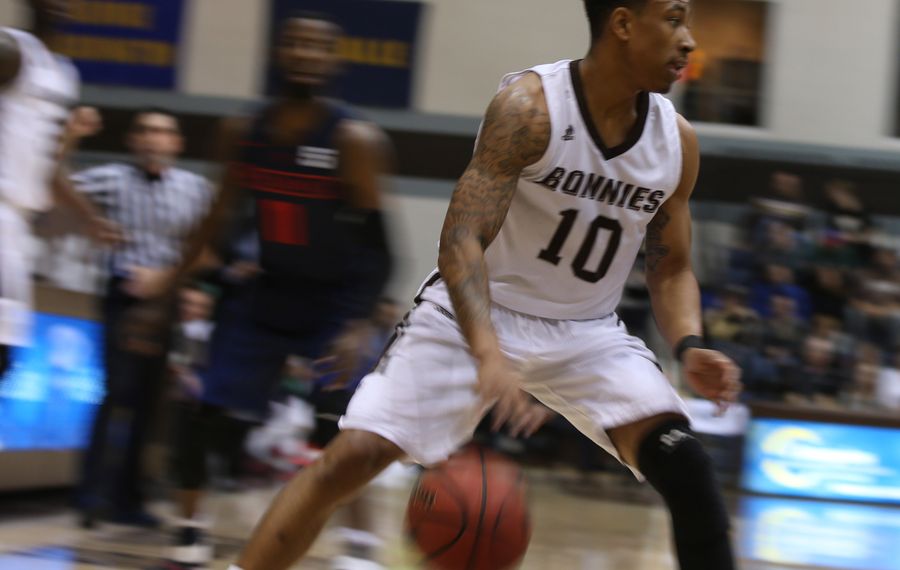 This is the most anticipated season at St. Bonaventure at least since Andrew Nicholson roamed the court. This team has the potential to be special, and people are noticing.

The Bonnies start the season ranked second in the Atlantic 10 preseason poll, trailing only Rhode Island. They're penciled into the preseason ESPN bracketology, and CBS Sports ranks them the No. 1 team in the state.

"We're getting some notoriety, some national press," St. Bonaventure coach Mark Schmidt said. "No one has ever ranked us this high before."

The dynamic duo of Jaylen Adams and Matt Mobley, the No. 1 returning scoring tandem in the nation, has thrust St. Bonaventure into the spotlight. The pair of star guards set up a clear goal for St. Bonaventure: Return to the NCAA Tournament after four seasons of falling short.

The fanfare and preseason excitement can be great for the fans, the school and for recruiting, but it sometimes makes it more difficult to temper the emotions of players.

"No game is won in the newspaper, in a magazine or on the radio," Schmidt said. "We've got to block out the noise. We can't be worried about what others are saying about us. ... When we play Niagara Friday, they don't care where we're ranked in the A-10."

The nucleus of the Bonnies is obviously the guard tandem of Adams at the point and Mobley at the 2-guard. It'd be tough to argue there's a better 1-2 guard punch in the A-10.

Adams has compiled an impressive list of preseason honors. He's an Atlantic-10 preseason first-teamer  and was selected A-10 Preseason Player of the Year by Blue Ribbon Yearbook and NBC Sports. He's on the watch list for the Cousy Award, given to the nation's top point guard, and for the Oscar Robertson Award, given to the best player in college basketball.

Adams tested the pro waters over the summer, and odds are he goes in the next NBA draft. He could go down as one of the best players in Bona history. If he keeps up his scoring totals from last year, he'll finish sixth in school history in points.

Adams rolled his ankle in Bona's exhibition against Alfred and was seen wearing a boot on the sidelines. He's questionable for the season opener against Niagara.

Mobley was a workhorse in his first season in Olean, leading the nation in minutes played per game (38.5). The Central Connecticut State transfer was fourth in the A-10 with 18.5 points per game and finished fifth in St. Bonaventure's record book for 3-pointers made in a season.

"Expectations for them are to take that next step and play even better than they did last year," Schmidt said.

Adams and Mobley were the two most frequent free throw shooters on a team that made a home at the charity stripe. Almost 25 percent of St. Bonaventure's points last season came from free throws, good for ninth in Division I and tops in the A-10. Adams shot eight free throws a game and Mobley shot five, with both finishing the season better than 80 percent.

Idris Taqqee, a glue guy, and Josh Ayeni are returning starters. Courtney Stockard is back after missing two seasons with injury. He played well in the Alfred scrimmage. 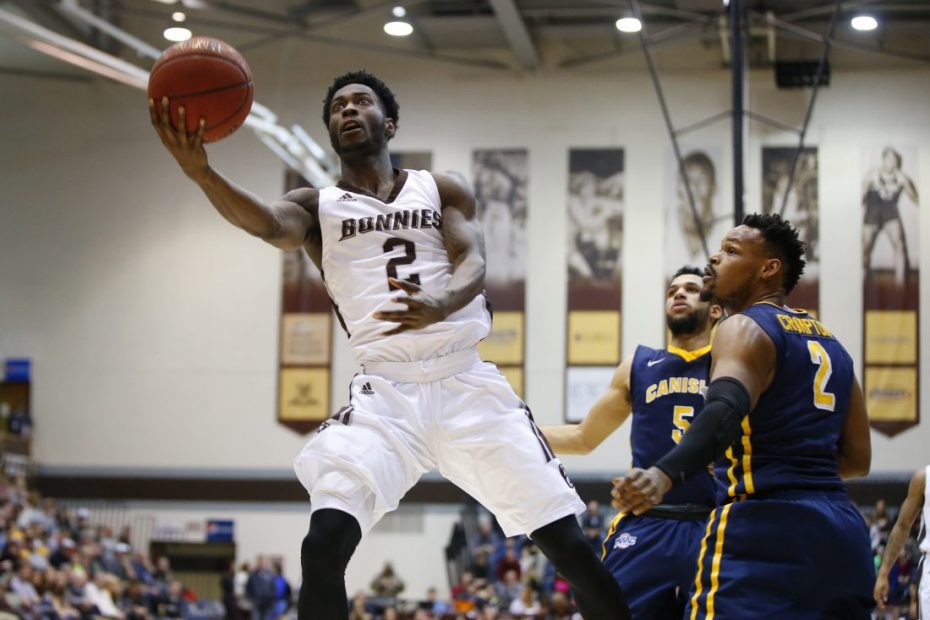 The Bonnies will rely on some inexperienced big men. Sophomores Amadi Ikpeze (Amherst) and Ayeni will play often this year after averaging nine minutes in 24 games last season. Ndene Gueye joins the team after two junior college seasons and LaDarien Griffin, the lone upperclassman,  has only two starts under his belt and averaged just 12 minutes as a sophomore.

"The question mark with our team is the young big guys," Schmidt said. "Can Josh Ayeni and Amadi Ikpeze take that next step in their development? ... There's no question about our back court. It's the role guys."

Schmidt said the non-conference schedule is probably the toughest in the last 20 years for St. Bonaventure. The Emerald Coast Classic brings two teams sitting just outside the Top 25 in Maryland and TCU. The other big name on the non-conference slate is Syracuse, but the Orange are expected to be fighting for an NIT spot this year after losing a good chunk of their roster. Rhode Island visits the Reilly Center on Feb. 16.

Even if St. Bonaventure doesn't win the A-10, the Bonnies have a serious look at an at-large bid in the NCAA Tournament.