Reggie Witherspoon did an admirable job in his first season as Canisius's head coach, leading the Golden Griffins to a winning record and a 10-10 mark in the MAAC. As is often the case though with the start of coaching tenures, it isn't always a consistent upward climb. His sophomore campaign could bring some serious road bumps.

Witherspoon already had a big hole to fill when the team's third- and fourth-leading scorers, Phil Valenti and Kiefer Douse, graduated. Then last year's leading scorer, Kassius Robertson, decided to transfer to Missouri. Those three departures made up 59 percent of Canisius's total offense last season.

That's how you get to a 2017-18 team with four freshman and four sophomores who should all get decent playing time. Yet, there's still enough talent to make the Golden Griffins interesting despite their youth.

"Everyday, we've got to move the needle a little bit further along, see if we can improve," Witherspoon said. "If we can do that, then we've got a chance."

Canisius got a crash course in chemistry over the summer, playing five games in five days in Canada.

"We're still trying to catch up and we would have been much further away had we not had an opportunity to at least come together and learn about each other," Witherspoon said.

The young group will often be carried by senior Niagara Falls product Jermaine Crumpton, a Preseason All-MAAC first-team selection. He averaged 15.9 points last season and has trimmed down considerably, losing about 25-30 pounds.

There are some moldable pieces for Canisius, starting with guard D.J. Heath. The Anniston, Ala., native was the No. 27 point guard in the 2017 recruiting class according to Scout and ESPN and has been on Witherspoon's radar since his time as an assistant coach at Alabama. The three-time state champion should help Witherspoon in transition.

Takal Molson, a local product, should also be beneficial in that aspect. He was a monster at St. Mary's/Lancaster, putting up 19.1 points and 7.1 rebounds per game before attending prep school in Florida. The 6-5 wing scored 30 points four times while with TAAG Academy last season.

Canisius has potential to work with at the guard positions, but needs to figure out the group that fits together best. Witherspoon has experimented in his exhibitions.

Malik Johnson is back at point guard for his sophomore season, and Witherspoon said he's working to improve his awareness. He's also been more assertive in practice. The Richmond, Va., native started every game as a freshman and averaged 4.4 assists. He'll be joined in some aspect by Heath and Isaiah Reese, the most successful scorer of last year's freshman class. Who is starting and how much time Heath gets at each guard spot is still up in the air. 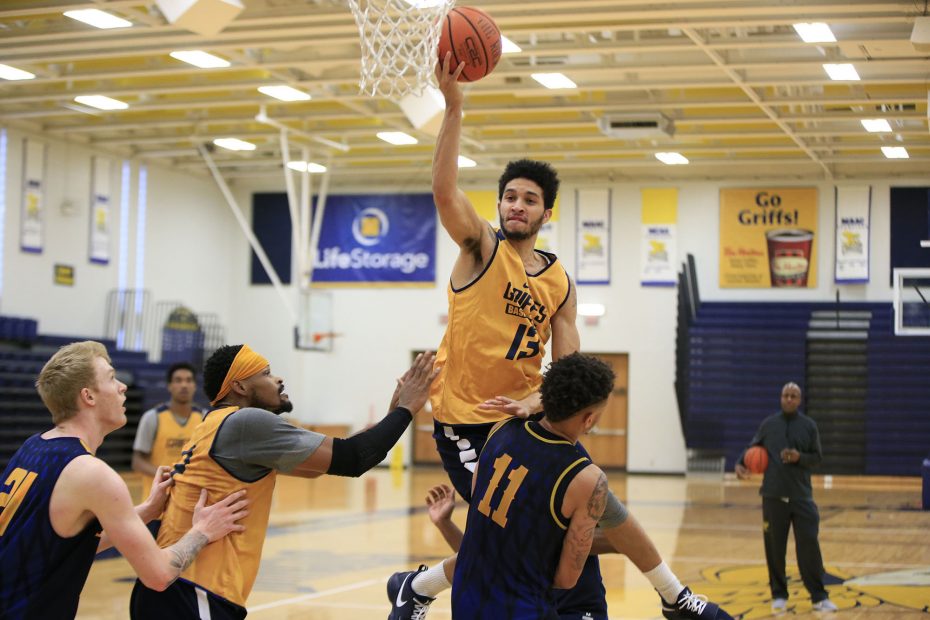 Having a young group comes with long-term benefits and short-term gaffes. Players are learning on the job, so sometimes they look great and other times you can't fathom their decision making.

"You're going up and down," Witherspoon said. "That's a big part of the challenge, getting them more even-keeled, but not too much so where they're complacent."

The bigs are unproven, starting with forward Dantai St. Louis and the only center on the roster, Selvedin Planincic. Both averaged less than nine minutes per game. Freshmen Scott Hitchon and Jelanni White have promising size but are probably not ready for big-time minutes in their first year as Griffs.

The Golden Griffins were unselfish last season, averaging a MAAC-leading 17.5 assists per game. Johnson was fifth in the conference with 4.3 assists per game, the first Griff to finish in the top five since Billy Baron in 2013-14.

The local schools, UB and St. Bonaventure, are the highlights of the non-conference schedule. Every other opponent was sub-100 in last year's final RPI. The Golden Griffins don't see Niagara until they host the Purple Eagles at the end of January and won't travel to Dwyer until the regular-season finale.

There are low expectations for the Golden Griffins, who were picked ninth in the MAAC, but Witherspoon has time to mold this group without immediate pressure on his job.