A staple in Rick Dennison's offense is the deep cross or "over" route after a play-action fake. We've seen Tyrod Taylor and multiple wide receivers connect on this play thus far in the 2017 season, and it's a relatively simple but effective route against a variety of coverages.

First, let's look at the play from an offensive perspective.

These are essentially the routes needed to be run by the wideouts: 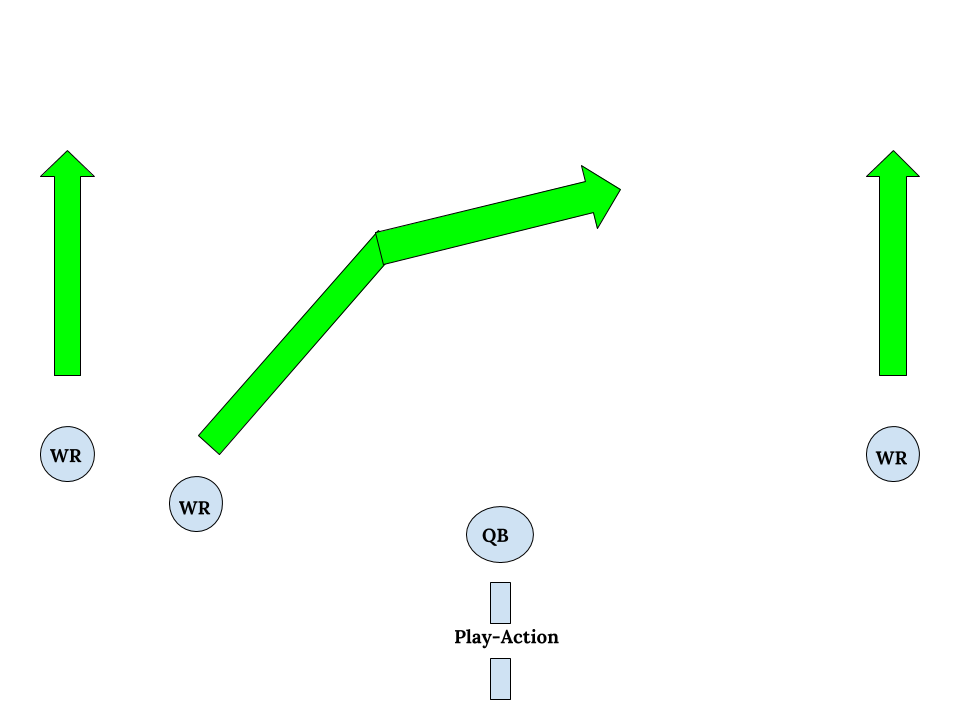 The deep cross can be run by the outside receiver as well, but in this case, let's assume it's run by the slot wideout. The two outside receivers here don't necessarily have to run straight go routes, and if there's any variation in how they get down the field, it's best if they get inside leverage to run more of "rounded" downfield route, eventually angling toward the sideline.

This route combination puts stress on every secondary member, and the play action is a necessity to get the linebackers to bite and come downhill, even for a second.

Here's how this play looks against a traditional, Cover 2 defense. 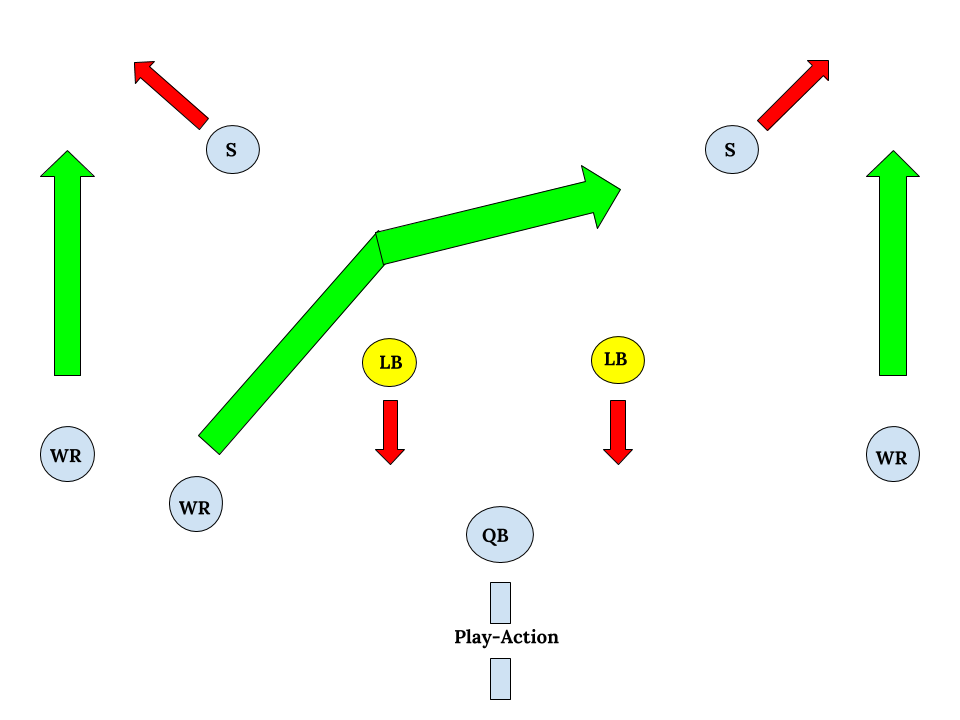 The cornerbacks – not shown here – sit down in the flat in Cover 2, so the deep crosser runs into the popular "Cover 2 hole" behind the outside cornerbacks and in front of the safety.

If the deep safety, who's supposed to be responsible for the deep half of the field jumps the intermediate crosser, the downfield sideline route will be wide open.

Almost always in this situation, the deep crosser is the open target. 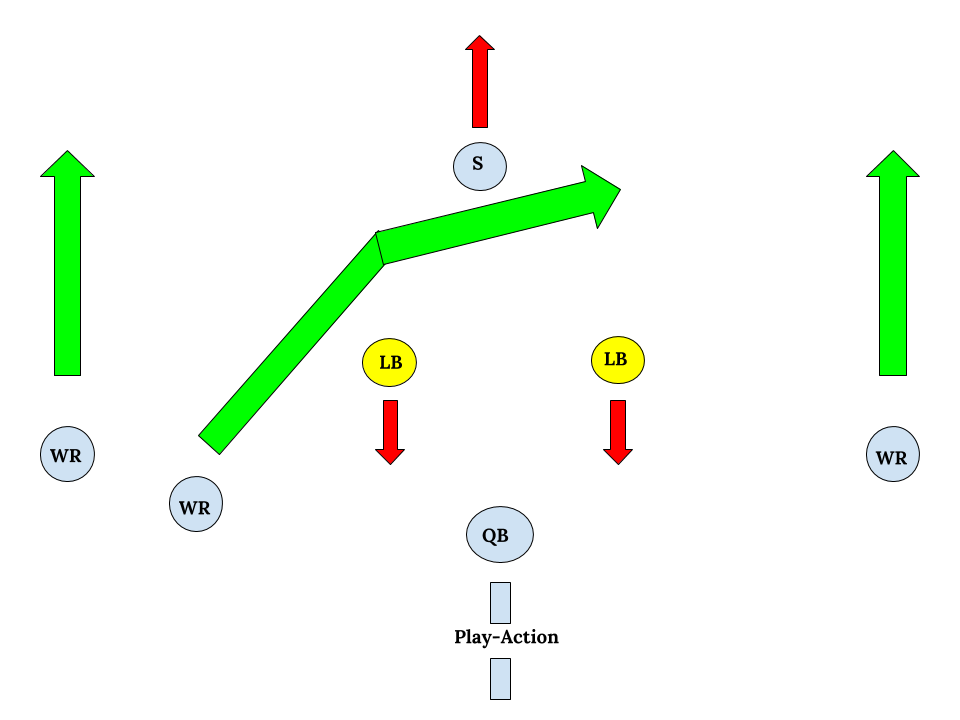 In Cover 3, the cornerbacks – again, not pictured – must account for the deep outside thirds of the field, and the safety takes care of the deep middle.

(In Cover 1, they cornerbacks play man coverage on the outside receivers.)

In most cases, the boundary cornerbacks will stick with the go route down the sideline as the receivers are running directly into their coverage area ... which means the deep cross runs right "under" the deep portion of the field for which the outside cornerback is responsible.

The deep cross may interest the deep safety, but with his duty to cover the deep middle, he's unlikely to chase a route that's directed toward the sideline.

This route concept can obviously be utilized to be man coverage as well, and the extra space from the slot position helps the wideout running the deep cross to get inside leverage off the snap.

Lastly, as is evident against all types of zone coverage, the play action fake is vital to manipulate the linebackers.

The Bills love to use the play action deep cross as a way to accumulate a big chunk of yardage down the field.