Erie County owned approximately 1,000 obsolete lever voting machines when it was required to replace them with electronic machines in 2010.

So what happened to the steel machines that weighed about 700 pounds each?

All but 10 of the voting machines used for a nearly a century in Erie County were sold for scrap, said Ralph M. Mohr, Erie County's Republican elections commissioner.

Today, four of the 10 machines remain in storage on the sixth floor of Tri-Main Center at 2495 Main St. Another is located in the office of County Executive Mark C. Poloncarz, said Daniel E. Meyer, deputy press secretary. Mohr said he bought another for $600 when he took the job as elections commissioner more than two decades ago.

County officials could not say how much the scrapped machines were sold for, Meyer said.

"They were very reliable," Mohr said. "Their working mechanism never changed. Very few states used the lever voting machines. Of the three companies who made them nationwide, two were in Jamestown." 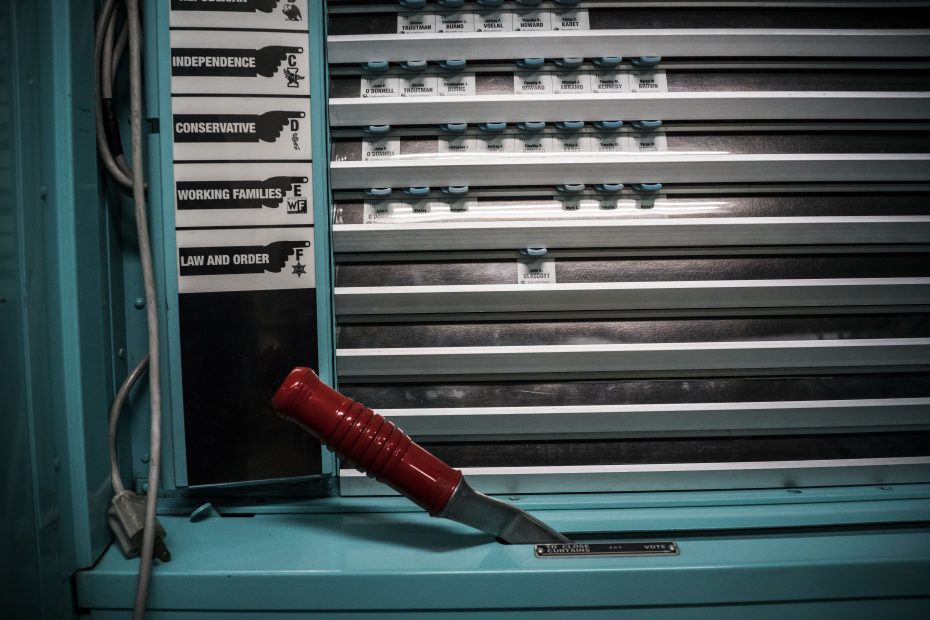 The inside of an old lever voting machine, still set up for a 2009 election, at an Erie County Board of Elections warehouse at the Tri-Main Building. A Herculean effort was required to maintain, program and move the 700-pound machines to polling places.  (Derek Gee/Buffalo News)

Last used in New York State for the mid-term elections of 2010, the lever voting machine was a fascinating device with gears, pins, straps and bands. The machine was indestructible, used by generations of citizens who voted with the turn of some levers, the throw of a bar and that reassuring clang of a registered ballot.

"The last time we purchased one new was in 1960," Mohr said. "What was readily apparent in the lever machine is that you could visually see a mechanical breakdown. When machines broke down we would cannibalize other machines to fix them."

Despite the switch, some elections workers won't soon forget the Herculean effort required to maintain, program and move the monster voting machines from storage in the Tri-Main Center to the 1,200 polling sites located throughout the county.

"They were on wheels, but they weren't the best wheels in the world," said Mario Alaimo, Erie County Board of Elections office manager. "Crossing gravel parking lots and driveways, moving them over the thresholds of doorways –once you're out there you power through and get the job done."

One of the more demanding deliveries required workers to maneuver the cumbersome machines to a lower level.

"We were smart enough to have a ramp, and when it covered the stairs it created a steep angle," recalled Alaimo. "That was a two-worker lift."

Alaimo, who worked 22 years at the Board of Elections, could testify to the durability of the voting machine after watching some accidentally fall from Penske Rental Trucks that were used to haul them to voting districts as far south as Sardinia and Concord.

Meanwhile, in Niagara County, 180 lever voting machines remain in storage in a warehouse in Newfane, said Michael Carney, deputy Republican election commissioner. The county eventually may bid the machines out for scrap, he said.

A city in Niagara County played an historical role in the birth of the lever voting machine. Inventor Jacob H. Myers of Rochester gave the first demonstration of a voting machine in 1892 during an election in Lockport. Myers and inventor Alfred J. Gillespie started a company that became Automatic Voting Machine Co., a Jamestown manufacturer that controlled the lever voting machine industry for most of the 20th century, according to the Smithsonian Museum of Natural History. 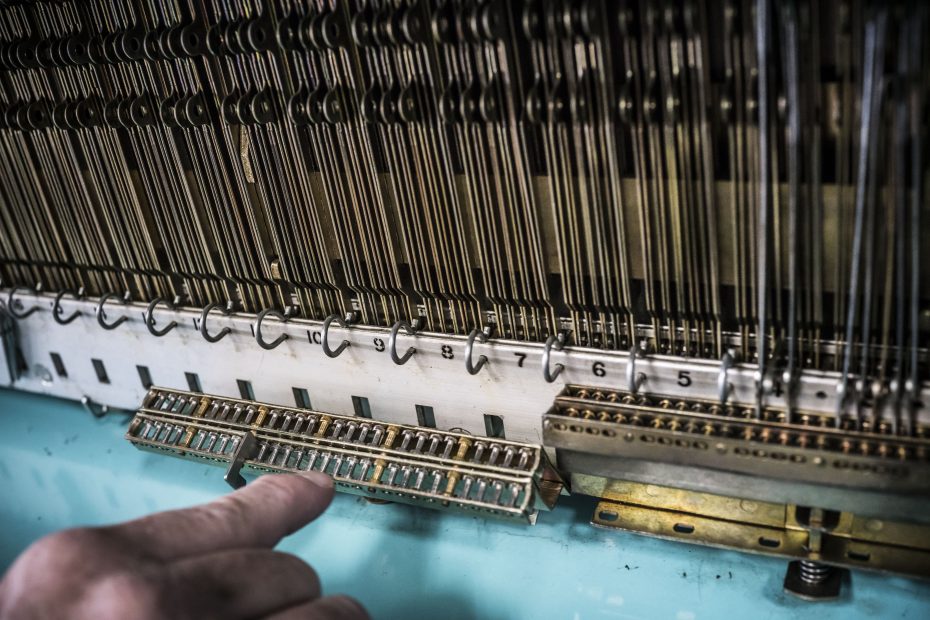 The system of rods and levers inside an old lever voting machine that was used in Erie County until 2010, when the state switched to electronic voting machines. (Derek Gee/Buffalo News)

The old lever machines registered a maximum of 999 votes, requiring Erie County to be divided into 1,200 districts.  Today's electronic machine registers more than 2,000 votes, and the number of districts in Erie County have been reduced to 837.

Some voters miss walking into the quirky lever machines with the voter-activated handle that drew a curtain closed as it freed the levers for voting.

"Every part had its purpose, like clockwork," said Alaimo. "You knew every lever, every pin. You could see where something was broken or stuck."

But Alaimo also recognizes at least one advantage of the newer electronic machines that weigh just 64 pounds.