Last season was the latest chapter in a tough stretch for Canisius women's basketball. The Golden Griffins have had eight straight losing seasons, and they haven't been close to .500 in that time. Canisius hasn't won more than 13 games since its WNIT season in 2008-09, and last year the Griffs bottomed out with a 10-21 record.

It isn't all negative for the program. The pieces are there for improvement. Canisius returns five of its top six scorers from last season, including Sara Hinriksdottir, a preseason second-team All-MAAC selection. She scored 14.6 points, grabbed 5.8 rebounds and dished out two assists per game as a sophomore. She has good vision and passing skills, making her perfect to run Zeh's motion system.

Margret Halfdanardottir shot 39 percent from 3-point range, making her Canisius' most efficient volume shooter and putting her just outside the Top 50 in Division I. She's averaged a touch over nine points in each of the last two seasons.

Maria Welch, an All-MAAC Freshman Team member two years ago, showed how lethal she can be in the Golden Griffins' MAAC Tournament victory against Niagara last season. She scored a career high 25 points while shooting 5 for 7 from outside the arc.

Canisius is picked one spot higher in the preseason poll than it finished last season.

The Golden Griffins switched to a matchup zone scheme defensively last year, and that showed positive signs. Canisius moved from ninth in 2015-16 to fifth in points allowed in the MAAC.

Offensively, the Griffs were efficient, shooting 41 percent on field goals. That was good for second in the conference. Canisius has a pass-heavy offense that relies on players being unselfish.

Zeh found his best incoming freshman locally, bringing on guard Anndea Zeigler. A Cardinal O'Hara grad, Zeigler was on the All-Western New York team in 2016 and 2017 and was the 2016-17 Monsignor Martin co-Player of the Year. When she signed her letter of intent, Zeh said she's probably the best player in the Buffalo area in her class.

Point guard has been a question for the Griffs the past two seasons, partially due to injuries. Tamara Miskovic graduated. She started half the games at the point last season after returning from a knee injury. Anna Sweny started eight games at the one as a freshman and was named the team's best defender. She didn't add much offensively though, averaging 1.3 points per game.

Welch needs to up her scoring, as it remained steady from her freshman year. Canisius also needs someone besides Hinriksdottir, Halfdanardottir or Welch to fill in points lost from last year's second leading scorer, Lauren D'Hont. She graduated after averaging 9.2 points per game.

Besides Canisius's big three, no one averaged more than seven points. Does Canisius have someone else they can rely on offensively? Zeigler may need to produce early in her career. 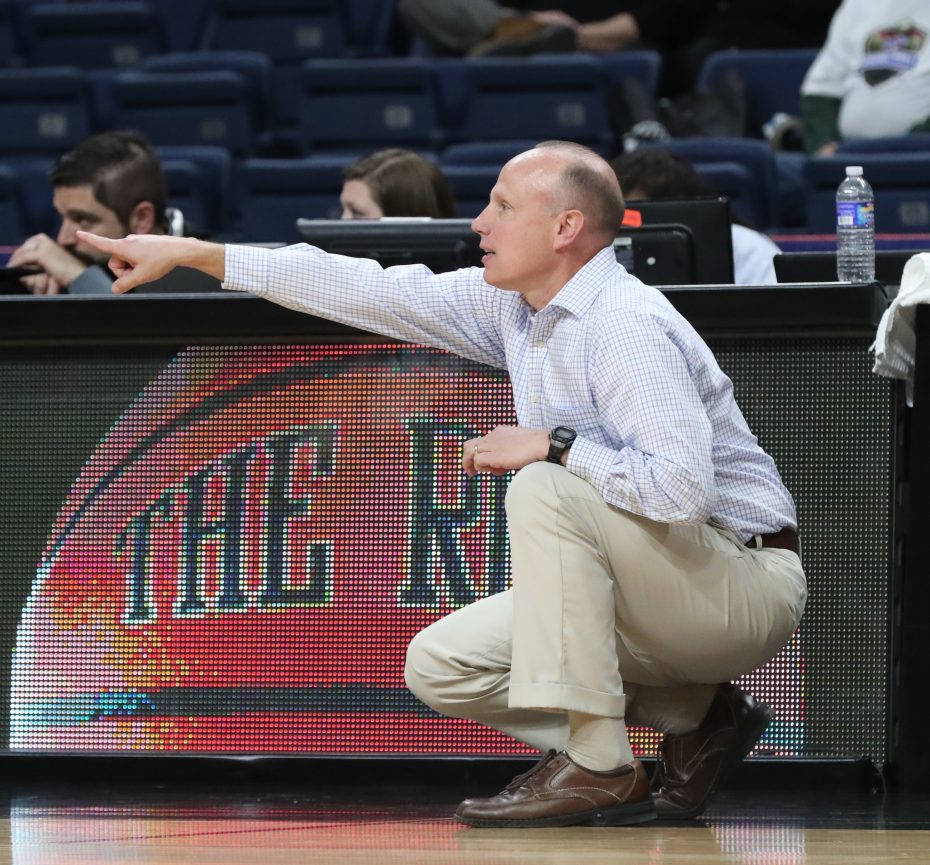 Canisius's rebounding issues continued last year, as the Golden Griffins ranked 335 out of 345 Division I programs with 32.45 boards per game.

There's no one on the non-conference slate quite as dangerous as No. 12 Ohio State was last year. Bucknell, UB and Middle Tennessee are the toughest hurdles. They were all top 100 RPI teams last season. Quinnipiac, fresh off upsets of Marquette and Miami at the NCAA Tournament, is the unanimous top team in the conference. Canisius hosts the Bobcats Jan. 26. Marist and Iona round out the top three preseason picks in the MAAC.

A two-win improvement from last year in the conference would put Canisius at .500 in the MAAC for the first time since the streak of losing seasons began. With the returning pieces, that's possible.