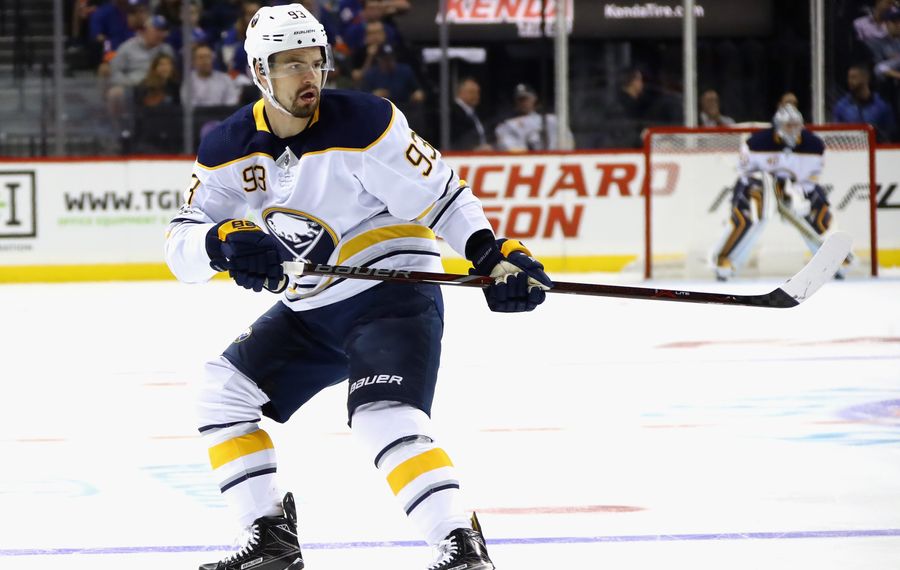 DALLAS – The Sabres have a losing record overall, but they have a chance to even their road record.

Here are Five Things to Know as Buffalo visits Dallas on Saturday night.

1. Rasmus Ristolainen is out.

The Sabres' top defenseman suffered an upper-body injury during Thursday's 5-4 win in Arizona and won't play against the Stars. Taylor Fedun will take the place of Ristolainen, who is day-to-day, according to coach Phil Housley.

Sabres' Ristolainen is out with an upper-body injury

"We have an opportunity to go .500 on the road, and it's a good challenge for us," Housley said.

The Sabres will again play without injured forward Justin Bailey, who skated on his own after the team wrapped up its morning skate. Nick Baptiste will be the healthy scratch.

The Sabres have lost five straight in American Airlines Center and are just 2-8 in their last 10 visits. Dallas is 4-1 at home this season.

The Stars will start goaltender Kari Lehtonen, who is 1-3 with an .896 save percentage. Lehtonen is 10-5-2 with a .902 save percentage in 18 appearances versus the Sabres.

Buffalo will start goalie Robin Lehner for the third straight game and fifth time in the last six. He is 3-4-1 with a .905 save percentage.

"He's a really good playmaker," O'Reilly said of Antipin. "I played with him in Russia way back, and with his offensive ability he's really smart, really great disher.

"It's unfortunate to lose that big one-timer threat with Risto, but I think it's going to be a different look. He's more of a distributor, can whip the puck across and make little plays. Just having a different-handed guy out there makes things a little different.

"It'll be interesting. I think it'll be good. He's a very good player and very skilled. It might be good. We might get little different looks than we normally do."

"The special teams are going to be really important," Housley said. "They have the No. 1 power play right now and the third penalty kill, so we've got to stay out of the box, limit their opportunities and have our power play try to do some damage."