On July 15, 1980, the current president of the United States was a brash, visibly self-satisfied young man pictured with four older men as one of "the men who own New  York" on the cover of New York Magazine. In the magazine's current issue, Mark Harris has written a column that is a confessional of what the magazine, among so many others in New York, wound up bequeathing to this era. The piece is called "New York Still Doesn't Like Trump But We Made Him." It begins "We didn't vote for him ... But we know on some level he was ours."

Early on in this lavish and highly charged celebration of New York Magazine's 50 years on earth, we are encouraged to try to come to grips with the number of times the magazine had Trump either on its cover and/or on multi-page spreads – 22 in all. When Mark Harris contributes what is virtually an apologia – a nostra culpa – and confessional about the magazine's role in creating a major terror in our era, it is only doing another groundbreaking thing like it always has.

You will find in Annie Leibovitz' magnificent "Portraits 2005-2016" a typical portrait of the man sometimes then "affectionately" called "The Donald" by those who couldn't begin to imagine what was to come. On the left side of the photo, he is emerging from a super-car with gullwing doors and, no doubt, a price-tag in the mid-six figures. On the right side of the photo, walking down the ramp of a private plane, is future First Lady Melania in skin-baring two-piece quasi-swimsuit and exhibiting a very pregnant belly (from which would emerge Barron Trump).

These are coffee table books. As the old standby joke goes that some of us swear by, put four legs on each of the books and they could be USED as coffee tables. 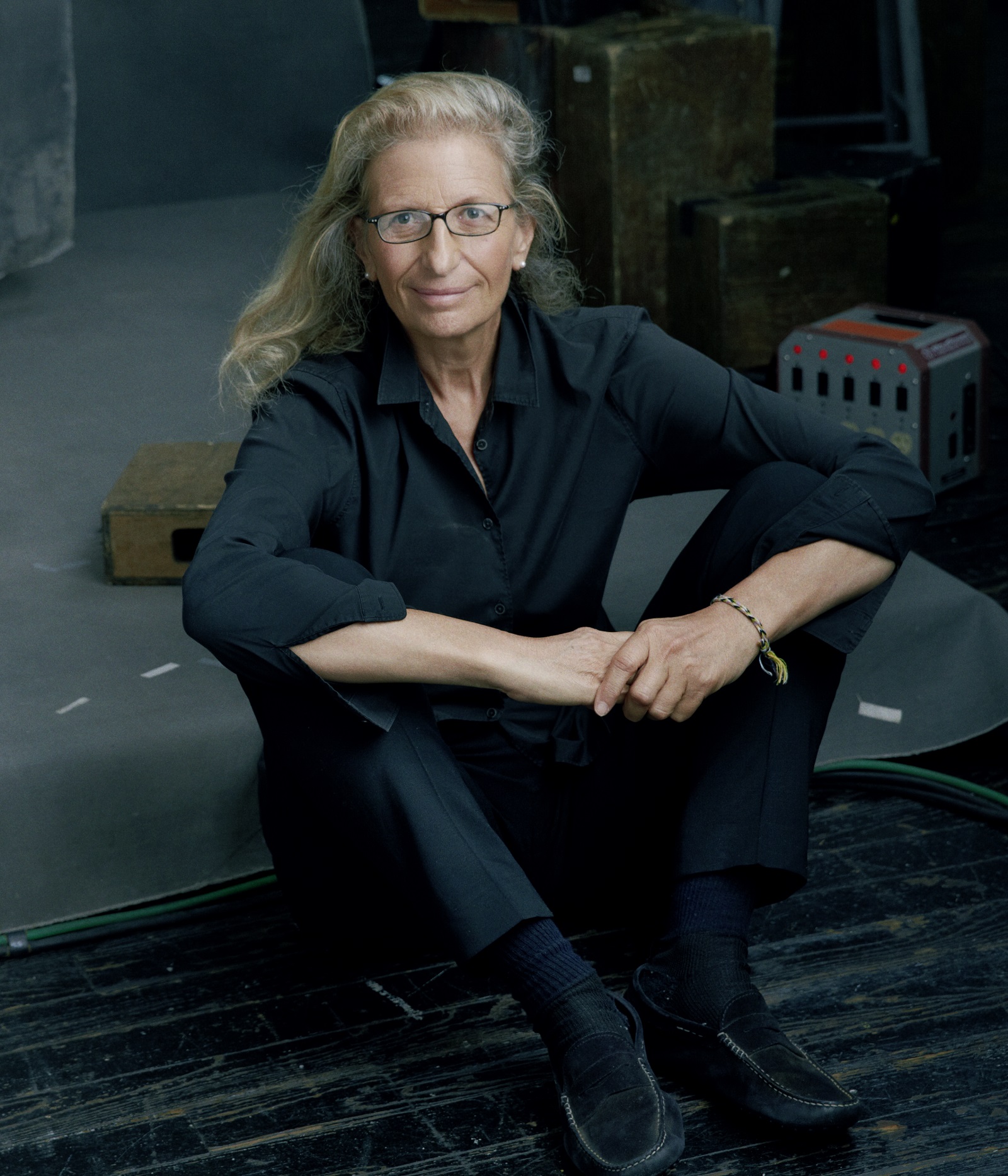 In the case of one of these books, the result is one of the great books of the year but also one of the most awkward.

In the case of the other, it is an exemplary "art book" in every way.

The definitive 21st century "art book" is Leibovitz' book of 21st century portraits, her first since "A Photographer's Life," a book the photographer herself calls "the most beautiful collection of my work." Certainly, it is her most "personal." It commemorated an era where she lost both her father and life partner, the great critic Susan Sontag.

She needed, she says, in her new collaboration to concentrate on her subsequent portraits.

The compilers of the raucous, hopelessly clumsy but hopelessly irresistible New York Magazine history are, obviously, after something more chaotic and definitive in endeavor – just what its cover promises and, to an exhilarating degree, delivers: "a highbrow, lowbrow, brilliant, despicable 50 Years of New York" Magazine commemorated between very large covers. We're with the magazine from its larval stage as the legendary Sunday supplement of the closing years of the fabled years of New York's Herald Tribune right up through its current life with some of the best writing on politics, the arts and media anywhere, along with its "lifestyle" orgy.

The trouble with coffee table books is that, beauty and luxe notwithstanding, they are designed to have drop-dead visual impact, or at least something vaguely in the neighborhood. At the very least, a mild "OMG" reaction is hoped for along the way.

Books to actually be read are different sorts of beasts. The Library of America specifically designed its books to present classics permanently and perfectly in a size that can be conveniently read on an airplane to London or in bed or in the bathroom or on your living room couch while the TV is resting from its strenuous weekend exertions. 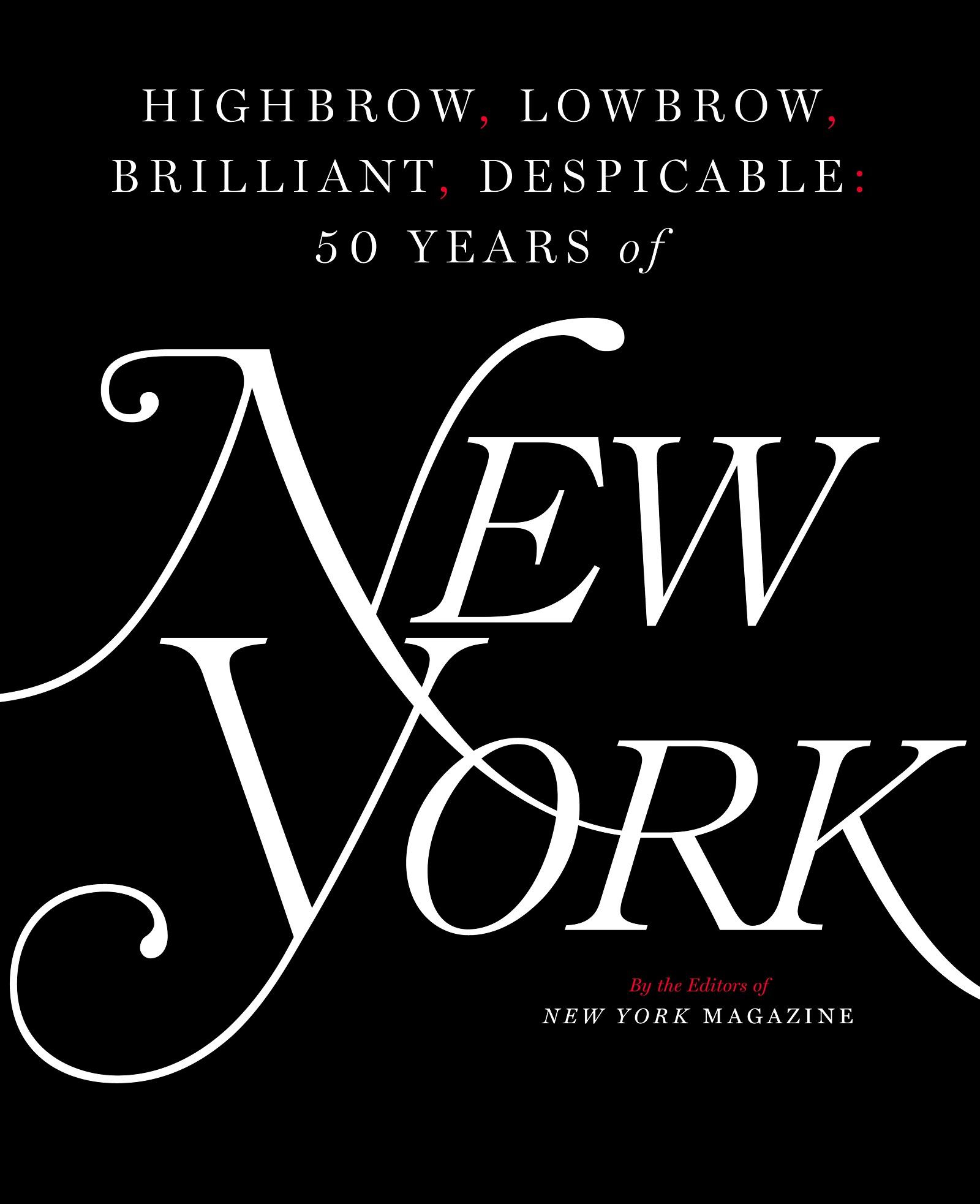 Which is not to say that the abundant and terrific text of the spectacular New York coffee table book is just too elephantine to be read at all; it's merely to say that it is indeed a bit too elephantine to be read comfortably. Bedtime reading, it's not. There is a notable difference between lovemaking and wrestling and there's no question that an intimate engagement with the hugely worthy text of the New York book more resembles wrestling than lovemaking.

But what splendid stuff there is, including the very stuff of much legendary in American writing. Tom Wolfe portentously announcing "The New Journalism," and exemplifying it in his pillorying of "Radical Chic." Early Gloria Steinem is here, before New York actually gave birth to Ms. magazine, joining Jimmy Breslin's announcement of his and Norman Mailer's campaign for mayor of New York.

In 1994, Paul Rudnick asks on one New York cover "is everybody gay?" A flipped bird with bright red nail polish announces, on the cover, Rebecca Traister's 2016 conviction that "Single Women Are The Most Potent Political Force in America" whose effect proved minimal. All of Cosby's accusers, at one point, were captured on a New York Magazine cover. A couple pages later, you'll see one of Milton Glaser's jollier graphic ideas for a New York cover. Jimmy Breslin's playful 1964 question "Is Lindsay Too Tall To Be Mayor," in which the cover photo of the 6-foot-4-inch mayor John Lindsay crops out his head, as if he really were.

That's the thing about New York Magazine. It came from some of the smartest and cheekiest journalists of its era, just as the New Yorker did, decades before. It added the chic and nose-thumbing audacity of Esquire Magazine in its Harold Hayes/George Lois heyday and had a decisive influence on most of what is seen today in conventional newspapers all across America – none of which begins to compare with New York's half-century caravan of talent.

I would have liked to see some nod in the book to the fact that New York, in its current incarnation, is now the place where some of the best writing on television anywhere can be found (courtesy of Matt Zoller Seitz, among others). But there indeed is a remarkable celebration of American journalism.

Not only are the photos in Leibovitz' book of portraits stupendous among themselves but so is the book itself. It is no exaggeration to say that the finest portrait photographer of our time is all of that because she is a wise artist first and a photographer second.

What that means is that given a chance, she will be just as likely to go to New Mexico to take a sumptuous portrait of Buffalo-raised neo-expressionist painter Susan Rothenberg and her husband, conceptual artist Bruce Naumann, as to go to Washington to take the most beautiful portrait of Michelle Obama you're likely to see.

Look at what Leibovitz does with Queen Elizabeth and her family and you know jolly well that the royalast royal of them all probably suspects that she's found a portrait photographer who could well be her family's Goya or Velazquez. Leibovitz' variety is large. Lady Gaga and Jeff Koons are both rare nudes in her work but entirely different in context and tone. Meryl Streep is photographed on a rock while an angry Atlantic ocean foams whitecaps around her, as if she had been painted by Casper David Friedrich.

The News of the Day, predictably, tosses contexts around. A portrait of Harvey and Bob Weinstein with their mother Miriam was a better idea when it was taken than history has proved it to be. (Is it possible Leibovitz saw what was coming? It is one of the least interesting photos in the entire book.) A portrait of Jon Stewart and the staff of "The Daily Show" is well beneath both photographer and subject.

But there is no one greater in her chosen profession in 2017, as Leibovitz' new book makes abundantly clear.

Jeff Simon is the News' Arts and Books Editor.