Lots of people find their way back to Buffalo.

Since then, Mabie has been living, thinking, talking, walking and doing just about everything tied to the new, $270 million hospital at 818 Ellicott St. As the hospital’s director of strategic planning & implementation, she will play a key role in the move this week of Women & Children’s Hospital to the Buffalo Niagara Medical Campus.

Before returning to Buffalo, she served as director of the orthopaedic service line at North Shore-Long Island Jewish Health System, now known as Northwell Health. It was in that role that she led hospital-based orthopaedic administrators toward building a cohesive and comprehensive service line across 12 hospitals.

After 10 years away from Western New York, she returned in 2015  to work for Kaleida Health as manager of Women & Children’s hospital operations. Last year, she was named the hospital’s director of strategic planning & implementation. She has likened the monumental undertaking of preparing and executing such a move involving patients, 1,500 employees and equipment to “a well-orchestrated ballet.”

With the physical move just days away, she is bursting with energy about Buffalo’s new pediatric hospital. 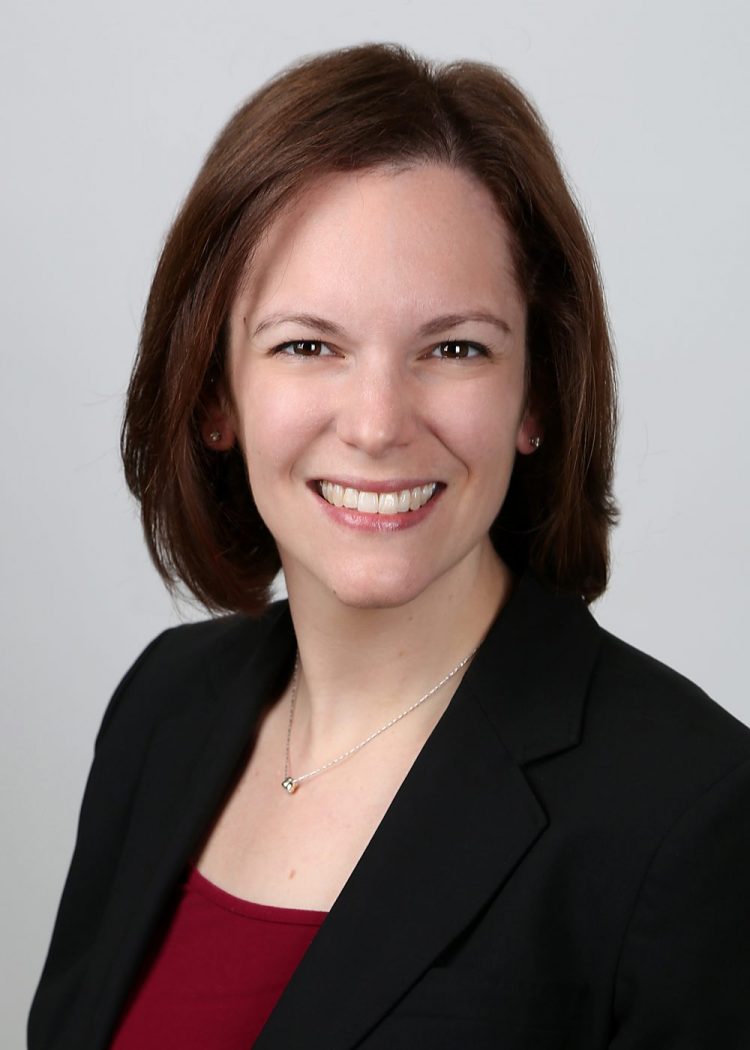 Q: What does the move mean to you?

A: I’d been gone 10 years, and I left in 2004. It was a way different city than when I returned in 2015. I came back to do this, to work on this project, and to be home. It’s the community’s hospital, so it’s extremely meaningful to me and as a member of the community and somebody who grew up here. Over the two years that I’ve spent on this effort, it’s just extremely exciting.

The teams here are really energized. Everybody just can’t wait to be in the new space. I think there are a lot of people who have a lot of emotion around Children’s Hospital, in general. Some of them have worked here for 30, 40 years. I think it’s a lot of emotion around leaving our former digs and around coming to the new. And it’s kind of bittersweet for a lot of those folks, I think.

Q: What is the most exciting part of this?

As somebody sort of fresh at it, and who has been working on the project the last two years – day in and day out, focusing 100 percent on it – I couldn’t be more thrilled. It’s  just a drastic improvement and really exciting development for the community.

To me, it keeps it real in my mind and in the minds of a lot of the people who work here, when you think about the people stocking the carts, pulling the trash, building the building, working on the plumbing, or whatever that is. Most of those folks have kids or grandkids or family members or neighbors who will be, or have been, patients of this hospital. I think that gives people a great deal of perspective. We’re not building an office building, although that’s very important. When you know that this is the community’s hospital and a lot of these folks are here or will be here, or people will deliver here,  that makes it a lot different.

Overall, it’s exciting for me to see those family spaces that are dedicated to folks and to just be able to be part of a process to build a hospital from scratch in the way that you want it built. We had a significant amount of team input into how this hospital was designed and built.

That’s really unique, and something that I don’t think other communities that have built hospitals of this scale, have necessarily had – with that staff and physician input from Day 1, and with the architect.

Q: What last-minute things are going on now?

A: Most of it is just placing furniture in the locations that we think will work best, making sure that the equipment layouts in terms of the movable equipment continue to make sense, playing with the computers on the wall arms, and adjusting the heights to suit everyone – just things like that are in their final stages. ... Things like hand sanitizer dispensers, a lot of forethought into how those are placed, where they are placed and where they will work best for the staff. A lot of that was done previously, but we have gone back through to make sure it made sense.

Q: The biggest challenge the team faces during the homestretch?

A: Nothing comes to mind. Knock on wood, we’re going to supposedly have decent weather. That would have been the biggest curve ball. Our teams are really, really well prepared. We’ve mocked it a lot of times. So in terms of logistics of the move, I think we’re in really, really good shape. I think it’s just a challenge of our teams kind of functioning in two places at once, for now.

There’s only one command center on move day, but right now, there’s two, just because we’re bouncing between the two hospitals, for now. And our teams are spending time in both, taking the best care of our patients at Bryant and then also spending time at Oishei to ready the house.

Q: Your hope for the biggest takeaway for patients and their families when they first walk through the doors?

A: I don’t want anybody to have anxiety around the move. I want for them when they first come in through the doors to just have excitement around it, however much they could.

On move day itself, we’re going to have everybody taken care of. We have a ton of volunteers, a ton of community support. Hopefully, when kids and families are coming through the doors here from Bryant, they’re feeling that.

How do you move a children's hospital? With plenty of practice.