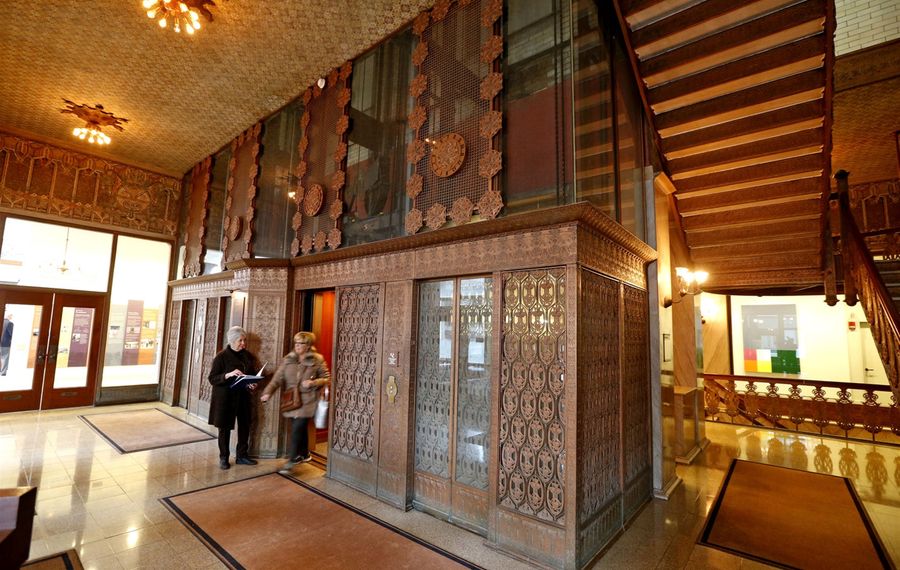 But it would also lead to radical changes — and possibly higher taxes — for some upper-income residents and businesses in Western New York.

That's because the GOP plan curbs the tax breaks that many of those taxpayers and companies now cash in on, every April 15.

Rep. Tom Reed of Corning, who sits on the tax-writing Ways and Means Committee, said the reform plan would mean sharply lower taxes for most residents of his district. He estimated that the average family of four in his district, with an income of $42,000 annually, would save more than $1,600 every year.

At the same time, tax breaks for high-income homeowners and property developers would be curbed or eliminated under the plan. Independent experts said that could do grave damage to New York State -- whose tax base is increasingly reliant on the kind of upper-income downstate residents likely to be hit hardest by the GOP tax plan.

The $1.5 trillion tax proposal would:

• Eliminate the deduction taxpayers can now claim for the state and local income taxes they pay, and cap the property tax deduction at $10,000 — which could mean higher taxes for New Yorkers with more expensive homes.

• Cap the mortgage-interest deduction at $500,000, compared to the current $1 million, starting immediately. That would place a limit on the tax benefits of purchasing high-end homes — and even mid-range homes in high-priced markets, such as New York City and its suburbs.

• Eliminate the 20 percent tax credit that developers get for restoring historic properties, which has been used extensively in Buffalo.

• Discontinue a new markets tax credit that developers in Buffalo and other cities have relied on in recent years.

The two Republican House members who represent Western New York lauded the proposal. They said average taxpayers would benefit because the plan doubles the standard deduction and lowers the rates that many would pay, meaning they won't even miss the higher state and local tax deduction they get now.

“When people get to keep more of their hard earned dollars, it means money for things that make a difference for hardworking people," Reed said.

Rep. Chris Collins, a Republican from Clarence, hailed the compromise on the so-called SALT deduction in which most property owners in the state will still be able to write off their property taxes, but not their state income taxes.

"The fact is the SALT compromise and home mortgage limits will only affect a small minority of taxpayers who live in expensive homes," Collins said.

He noted in his district, only 2.1 percent of the homes are valued at more than $500,000 -- meaning very few homeowners would be subject to those two provisions.

Democrats said the bill is a giveaway to corporations, which would see their top tax rate cut from the current 35 percent to a new top rate of 20 percent. They said the bill largely benefits the most wealthy Americans, given that it ends the alternate minimum tax that many current high-income earners must pay.

"This so-called pro-growth House GOP tax plan is really just a handout to corporations, paid for by New Yorkers," tweeted Gov. Andrew M. Cuomo, who for weeks has been pushing back against the Republican tax proposal.

Cuomo said Thursday the changes in the SALT deduction would force New Yorkers overall to send more money to Washington, even though they already send the federal government $48 billion more annually than they get back in federal benefits.

"What makes it an even more gross injustice is the state of New York contributes more to the federal government than any other state," Cuomo said.

Rep. Brian Higgins, a Buffalo Democrat, said he was skeptical that the promised middle-class tax cuts in the bill would ever materialize.

"This tax plan is nothing more than fraud being perpetrated against middle America," said Higgins, who sits on the Ways and Means panel.

In addition to expressing concerns about the trimmed deduction for state and local taxes, Higgins said he was especially worried about the loss of the historic and new-markets tax credits.  Seventy landmark buildings in Buffalo have been renovated with help from the tax credit, including major projects such as the Richardson complex, while nine major projects -- including a Roswell Park Cancer Institute facility -- benefited from the new markets tax credit.

"This will hurt Buffalo's continued redevelopment," Higgins said of the proposed elimination of the tax credits.

Reed said he's continuing to work on efforts to restore the historic tax credit as the bill moves through committee.

"Stay tuned," he said. "We are working every angle."

He said the compromise on the deductability of state and local taxes was really no compromise at all.

"Today, Republicans will crow about reaching a 'compromise' on state and local whereby they don’t eliminate the deduction; they just reduce its value by about 70 percent," Schumer said. "That means the bulk of the deduction will go away for so many middle-class Americans."

Noting the Tax Policy Center estimated that 80 percent of the tax plan's benefits will go to the top 1 percent of income earners, Schumer said: "The Republican tax plan would put two thumbs down on a scale already tipped towards the wealthy and powerful."

Independent analysts in New York appeared to be most worried about the bill's proposal to trim the SALT deduction for state and local taxes.

Anthony Ogorek, a financial planner in Williamsville, said many of his clients would likely suffer higher taxes because of the changes.

He lambasted Reed and Collins for supporting the plan to trim the SALT deduction.

"Either our two congressmen are terrible negotiators or they are terribly naive," he said.

The changes to the SALT deduction could do grave damage to New York State, said E.J. McMahon, founder and research director for the right-leaning Empire Center for Public Policy in Albany.

"From a New York perspective, the implication of these changes is: a) Even more middle-class homeowners will get a tax cut but b) This is posing a significant threat to the state's tax base," McMahon said.

That's because the state is increasingly dependent on high-income taxpayers for revenues, and they may be tempted to leave the state if the tax bill passes and increases how much they have to pay if they stay in New York.

It remains unclear whether the bill will pass.

Reed and Collins cast the deciding votes last week on a budget bill that paved the way for the tax proposal, and other Republicans such as Rep. John Faso of Kinderhook remain skeptical of the SALT compromise -- as do Republicans from other high-tax states such as California and New Jersey.

"I continue to be concerned regarding the impact on New York state due to the elimination of state tax deductibility," Faso said Thursday.