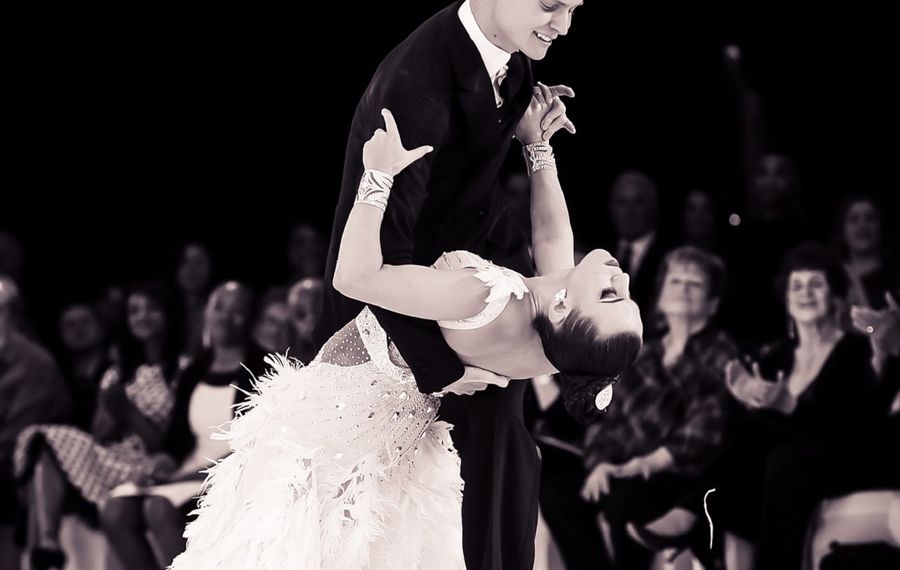 He has taken the ballroom dance circuit by storm during the last year with a different partner, Lauren Walier, a 20-year-old college freshman with cerebral palsy and deep Western New York roots.

The dance couple will perform their award-winning number, "The Swan," during an upcoming fundraiser in Buffalo.

Walier, of suburban Atlanta, has gone from a wheelchair to a walker, then a cane and into ballroom dance circles with help from a novel, intensive form of physical therapy called the Symptom Recovery Model.

"We want to give the cerebral palsy community a new kind of hope as to what they can achieve," she said. "It doesn't have to be dance. It can be holding on to whatever that hope, that goal, that dream is, long enough for it to come true."

Walier – whose parents, Sherry and Peter, grew up in Hamburg – and Alanen will perform "The Swan" Nov. 18 in Asbury Hall as part of the Lemon Twist Gala. The gala will support a foundation the Wailer family started four years ago. The Make Lemon Aide Foundation will channel proceeds into continuing efforts to train therapists in Western New York in the model that benefited Lauren. Tickets, which cost $100, are available online at makelemonaide.org/lemon-twist-gala.

Alanen, 34 – a New York City dance instructor and former artistic director of a nonprofit group in Buffalo called Dance Crazy – talked by phone recently about his upcoming visit. He described "The Swan" as "a beautiful, balletic, smooth piece that we've been performing with lots of waltz elements, lots of theatrical art elements and lots of lifts. It's a real crowd pleaser...

"You don't expect to see someone who has a little bit of a hard time just walking to come out and dance a beautiful, elegant piece – and that's what Lauren does. Her dad says she dances better than she walks. For a few moments, she transcends the disability and you don't notice. She glides out there. She dances like a swan."

A young woman who lived in Atlanta and took lessons from Alanen helped connect the two dancers.

"I sent her a message on Facebook and told her I heard that she was a fan of mine and thanked her," Alanen said. "I told her, 'If you're ever in New York City I'd love to give you some free lessons.

"She came out for her birthday and I gave her a couple of lessons and we just hit it off. We started dancing and it felt really amazing. I was surprised at her ability level. I wasn't sure what to expect, what she'd be capable of. She blew me away."

The pairing felt natural to Alanen, an El Paso, Texas native whose sister, Mia, 37, has Angelman Sydrome, a rare genetic disorder, and can't walk, talk or eat on her own.

"I've been around disabilities my whole life," he said. "It's something to me that's just part of life." 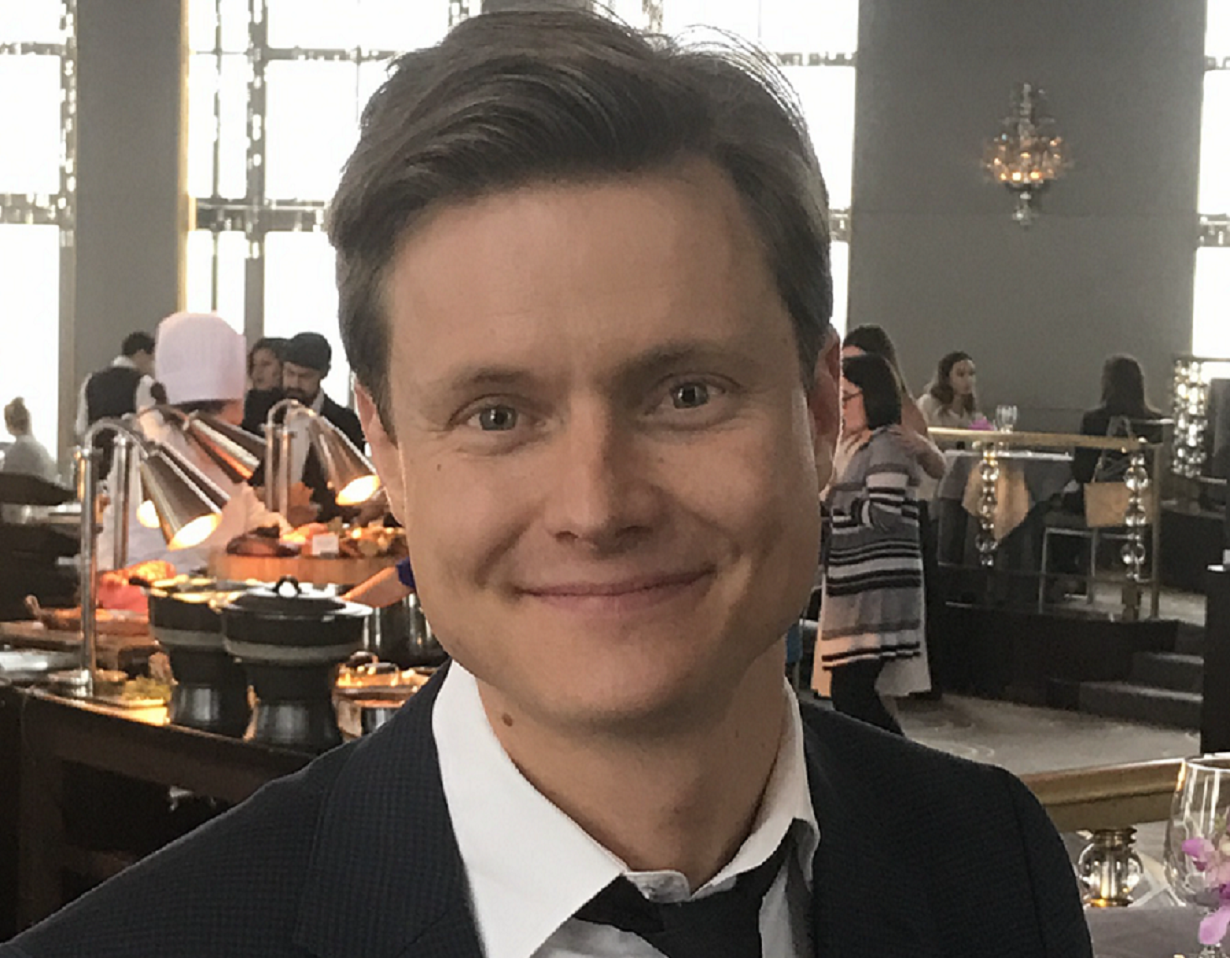 "It's not easy to get a crowd to stand up and clap, and Lauren does that on a very consistent basis, not only because of the piece and the choreography but also because of the way she dances," New York City dance instructor Mayo Alanen says of one of his partners, Lauren Walier.

Walier proposed a different set of challenges from a dance perspective, Alanen said, "but challenges are things we all have. I really did treat her like a normal student – and she is.

"Still, when you see Lauren dance, whatever steps she dances, you always have to remember that for her to do that is maybe 15 times, maybe 30 times more difficult. She would never admit that, and never ask for special treatment."

He stressed to Walier that it would take lots of hard work if she desired to become a competitive ballroom dancer.

"I think the ballroom dance training was almost easier than what she had been doing in physical therapy," Alanen said. "She was very diligent. I'd see her a couple of days a month and the rest of the time she had to practice on her own. She did that. I call it her tenacity, her work ethic, her dedication level."

Alanen had no idea how audiences, and judges, would react to the partnership.

"As a dance teacher, it's probably my absolute favorite part of the job," he said, "not just for Lauren but any of my students when you dance, and know the amount of time and effort they've poured into this dance, the blood, sweat and tears, the bruised elbows and blistered feet, and when you finish and see the whole room stand up and erupt with applause, it always makes me so emotional. With Lauren, it happens a lot. It's not easy to get a crowd to stand up and clap, and Lauren does that on a very consistent basis, not only because of the piece and the choreography but also because of the way she dances.

"She really gets into the music. She transcends it and makes it more than steps and techniques. She makes it an emotional performance that everybody can  connect to. There's some type of rawness to it, this human element to her performances that people can relate to. To see that happen is always emotional. ... Every single ounce of success that she has experienced, every single standing ovation that she's gotten, was hard earned. She does it in a big way and she should be proud of that." 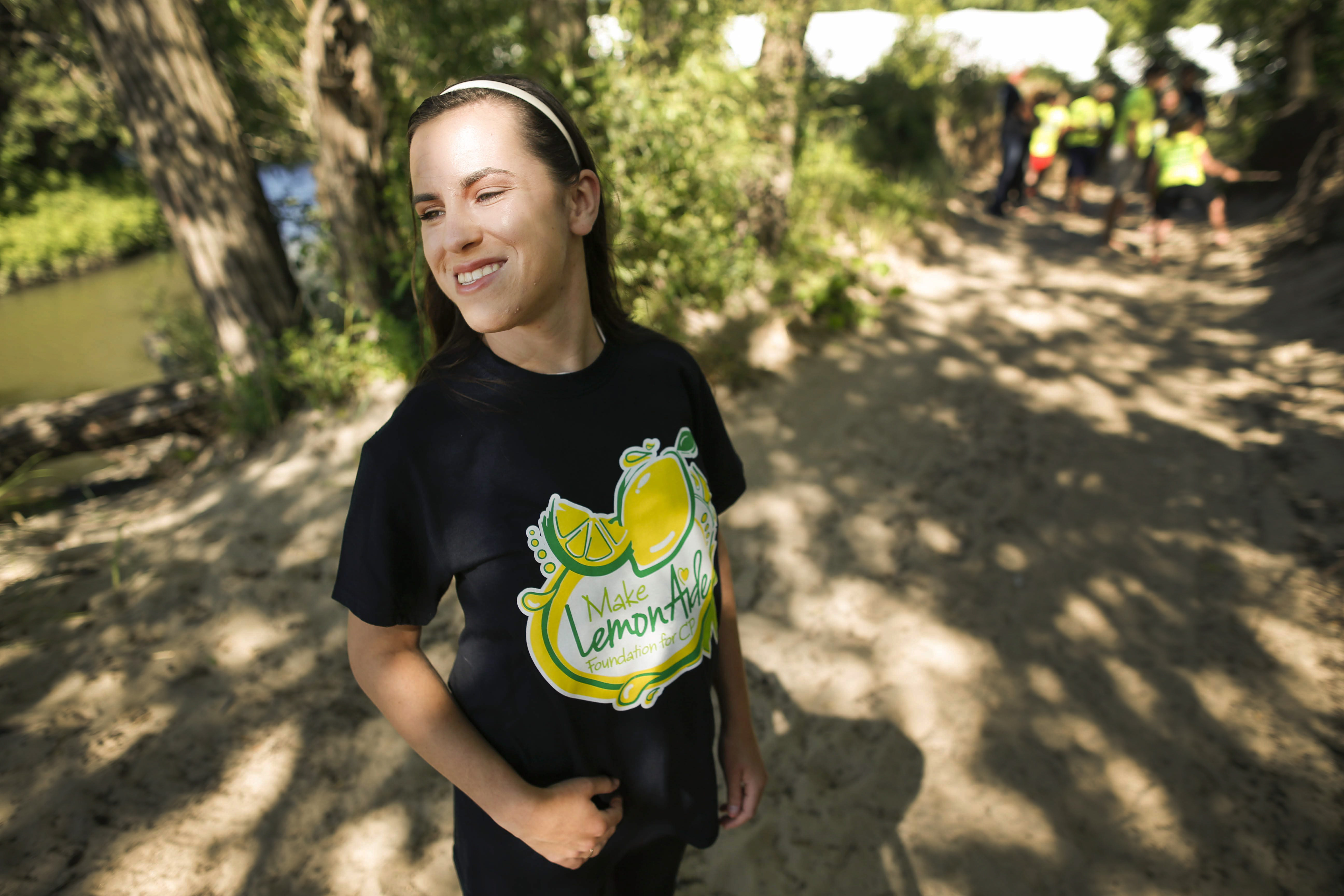 Lauren Walier, of Milton, Ga. is the inspiration for the Make Lemon Aide Foundation for Cerebral Palsy, which also hosts an annual "Walk/Run/Roll In Lauren's Shoes" in Hamburg. (Derek Gee/News file photo)

Walier, a freshman at Rollins College in Winter park, Fla., is taking up communications. For the first time, she joked, she is doing her own laundry and making her bed. She visits Western New York regularly, and looks forward to dancing with her partner for extended family, friends and those who support her cause to raise awareness and treatment approaches when it comes to CP.

"We're very excited for it," she said. "Mayo's so pumped to be coming to Buffalo. ... I know everyone will fall in love with him the way my family has."

Walier and Alanen will have dance cards as part of the fundraiser, and there will be all kinds of music.

"It won't be formalized," Walier said. "I want everyone to dance, no matter what song is playing." Hors d'oeuvres, drinks and special surprises also will be included.

"We're trying to break into a new audience," said her mother, Sherry.

The dance partners look to more competition in the future. They're developing a contemporary show dance.

"It's a new challenge for both of us," Walier said. "We're both pulling a number of tricks out of the hat. It's a fun process and a mystery to learn what my body can do, and what can our bodies can do together to create art. I've been very, very fun."

There is talk of her opening the number solo.

"We're testing boundaries," Walier said, "and I think it will be a huge breakthrough from 'Swan.'"