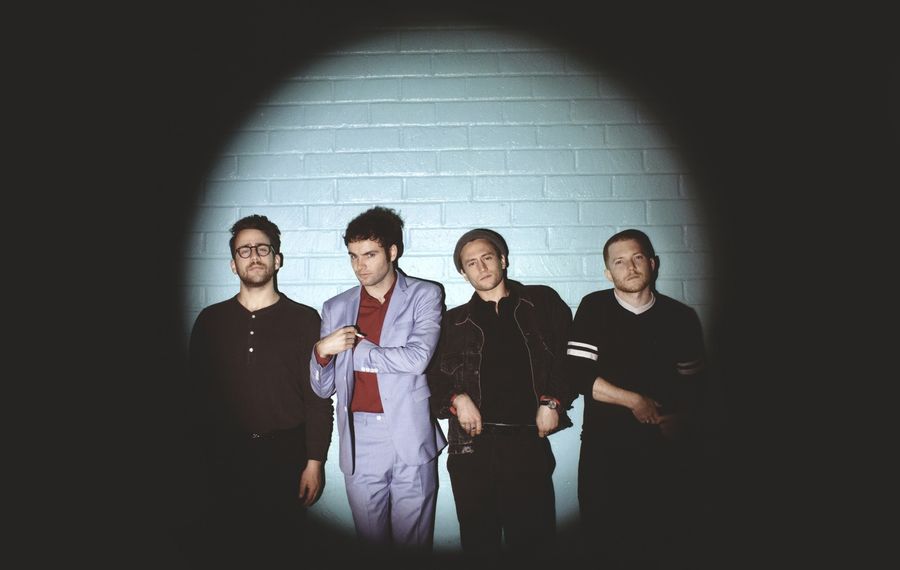 I was only quietly and guardedly psyched, at first. A few plays in, however, and I'd thrown my natural suspicion to the wind, and become a fan of Superet.

The first tune I heard from the band – whose self-titled debut EP is out now and can be found  streaming at this very moment – is called "Loving the Animal," and it boasts the slightly distorted drums, grinding synths, and airy vocals that suggest a marriage of prime '70s Brian Eno, '80s Ultravox, and the first MGMT album. (Dave Fridmann produced that first MGMT album, and he mixed Superet's EP as well, not so coincidentally.)

This young band from Los Angeles has done what so few in its peer group have managed – crafted contemporary alternative music that is hook-heavy without resorting to the oh-so-tired "football hooligan" chorus. (You know, the part where the lead singer satisfies his frustrated inner drummer by banging on a floor tom artlessly while delivering the wordless "Whoa-oh-oh-ohhhh" chorus. Invariably, one of his band mates will be slumped over a micro-keyboard somewhere in the background, jabbing at the thing with one finger because he doesn’t know how to play a full chord. And the crowd responds by holding its cell phones up in the air, a move I interpret as the death of hope. I mean, buy a lighter, for god's sake. )