Philip Pope is a man of his word.

He and his wife, Tami, made a pact to visit every NFL stadium in the country. They had been to 13 stadiums together before she passed away in 2011 from cancer. That’s why the 53-year-old is determined to finish off the list, no matter what.

The pact, Pope says, was something they decided to do because they were both devout football fans, albeit for different teams. Tami was a Green Bay Packers fan and Pope loved the Buffalo Bills. For them, it was a way to combine a few of their favorite things – football, traveling and cheering on their teams.

“We started the tradition together, even though we don’t root for the same teams,” Pope said. “Tami loved going to games and checking stadiums off the list. We loved doing it together.”

Since the pact was made, Pope has been to 22 stadiums total. New Era Field is his favorite, particularly because that’s where his beloved Bills play. Arrowhead Stadium in Kansas City is also worth a trip, Pope says. 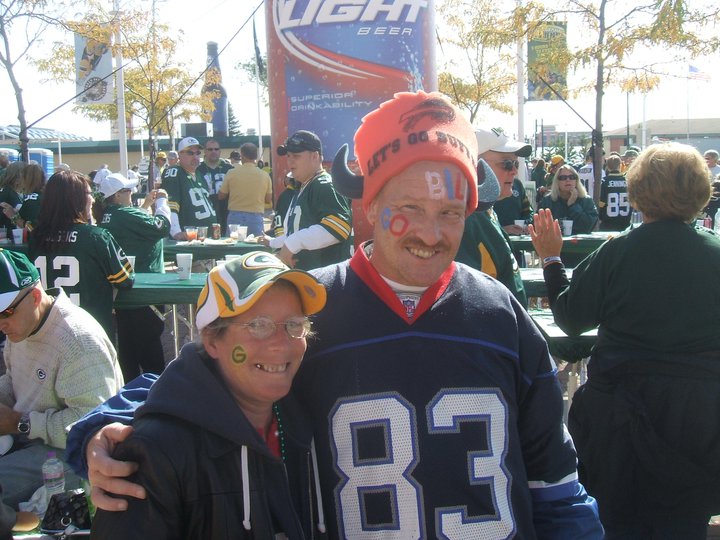 The Popes shared a love of football, albeit for different teams. Tami was a Green Bay Packers fan and Philip loves the Buffalo Bills. (Provided photo)

The worst stadium on his list is Lincoln Financial Field in Philadelphia because of some negative fan interaction he experienced and the overall view of the game.

Then there’s Lambeau Field in Green Bay, which is steeped in history. But Pope isn’t enamored by it in the way that many Wisconsinites are.

How does someone who grew up in the same state as one of the most storied franchises in the NFL become a Bills fan?

“People around Wisconsin ask me that question all the time,” Pope said, laughing. “The first thing they say is, ‘Were you born in Buffalo?’ When I say, ‘No,’ they immediately ask, ‘How are you not a Packers fan?’ ”

Name: Philip Pope
Age: 53
Current location: Janesville, Wis.
Been a Bills fan since: 1982
Favorite Bills player: Jim Kelly
Most memorable moment as Bills fan: When the Bills beat the Packers at home in 2014

Pope wasn’t much of a football fan growing up. He wasn’t interested in sports, but started watching football when he lived in Georgia. He says he was living there alone and didn’t really know anyone. Football kept him occupied and gave him an outlet to communicate and get to know other people. He started watching the Bills, he says, because of their red, white and blue uniforms. 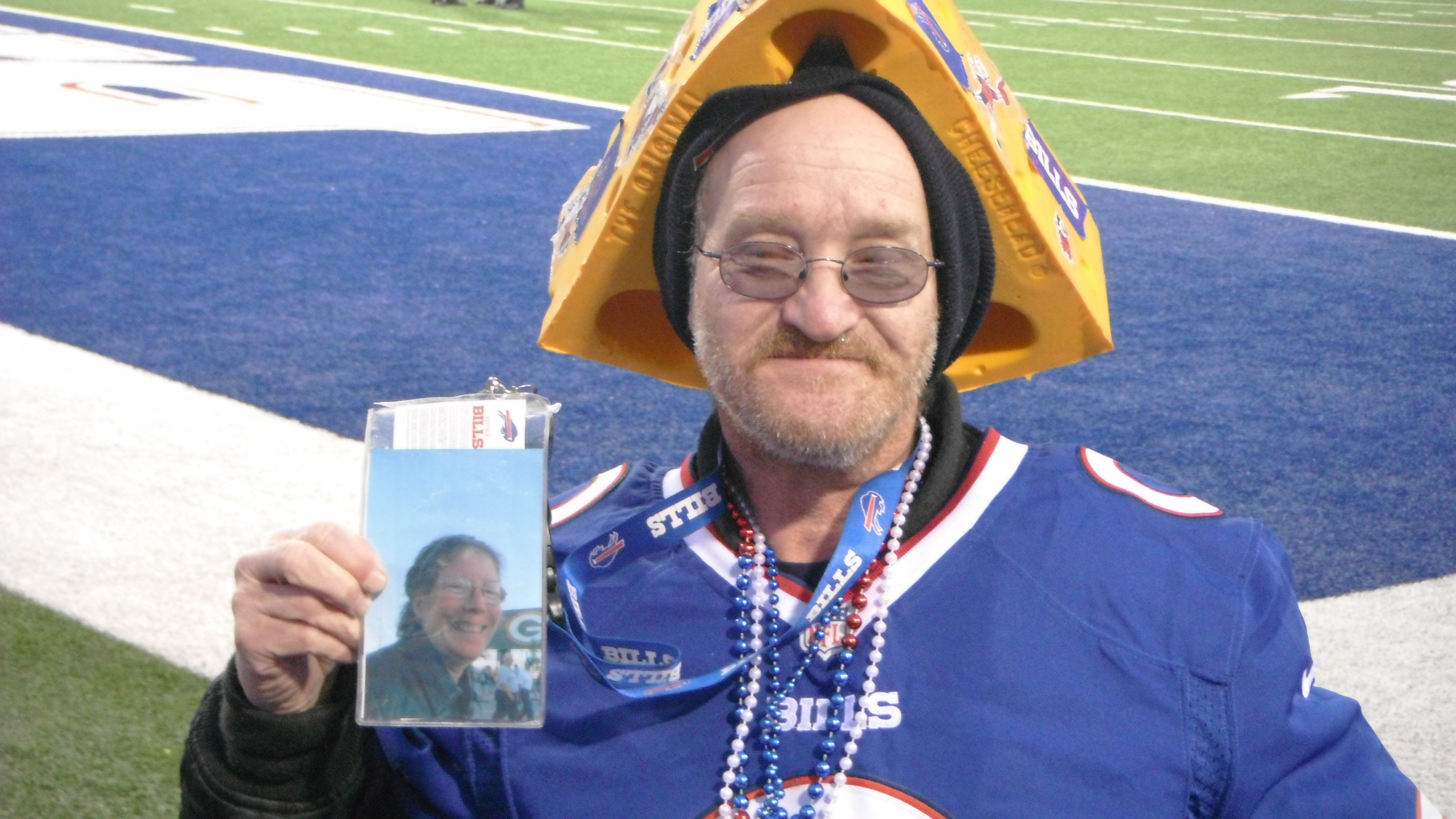 Pope carries a picture of Tami to every stadium he visits.

“I started watching in the early '80s,” Pope, who now works as an activity leader at nursing home, said. “That was when they weren’t very good. But then they turned it around. They got really good. And I’ve enjoyed watching them through the years. They are my team, whether they win or lose. It’s fun being a Bills fan.”

It’s no surprise that Pope doesn’t run into too many other Bills fans in Wisconsin. He says there’s a popular Bills backer bar in Milwaukee, but that he doesn’t get out there that often because it’s too far away. But he’s connected with other displaced Bills fans on Facebook and that gives him some solace.

As for the pact, Pope estimates that if he can get to one new stadium per year that it will take about 10 years to finally reach all 32. And every time he steps foot in a football stadium, he carries a picture of Tami along with him.

“My most bittersweet memory was in 2014 when we beat the Packers in Buffalo. My wife wasn’t there, but she was still with me. She’s with me at every stadium I go to.”

If you or anyone you know is a diehard Bills fan and has an interesting story to tell about rooting for Buffalo no matter where you or they might live, email LynsD21@gmail.com.