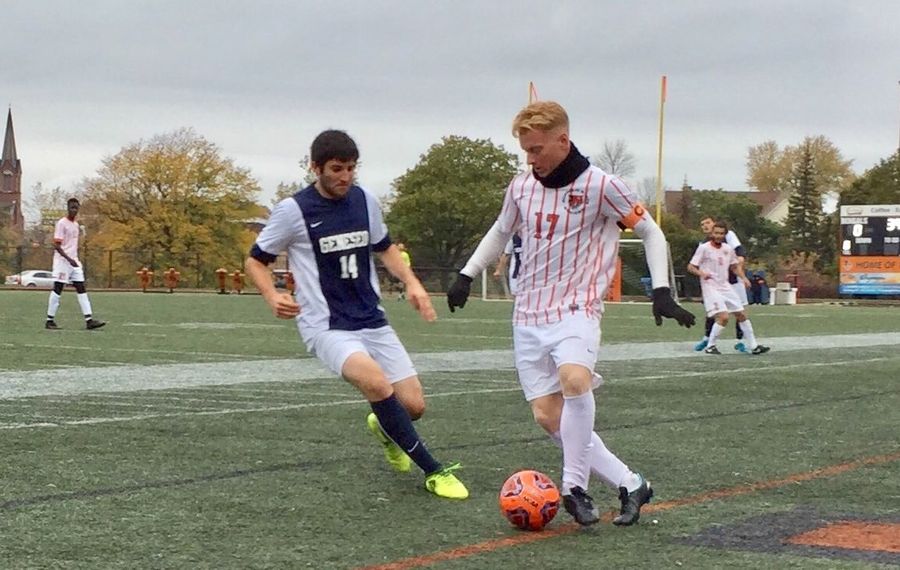 But it wasn't complacency that plagued Mark Howlett's squad on the field in a shocking 2-0 defeat to the Knights at Buffalo State Saturday. A combination of panic, unfamiliar struggles, a prepared opponent and bad luck worked in unison, and as Geneseo brimmed with confidence as the game progressed, the Bengals imploded.

"It's just one of those days, and I guess we haven't had it happen since the second weekend of the season," Howlett explained. "Too many people had off days today, and you can't have that many guys not perform and still be able to win a playoff game. Do I think we still created enough chances to win the game? I do. But we weren't us today."

Bowing out in the conference quarterfinals doesn't bode well for Buffalo State's hopes for an at-large bid into the NCAA Division III National Tournament, but given the Bengals' resume - 14 total wins, an undefeated SUNYAC campaign and the No. 13 ranking in the country - the season might not be over.

The NCAA Tournament bracket will be announced Nov. 6. Twenty of the 62 teams selected to the tournament come from at-large bids; there are 42 conferences in NCAA Division III men's soccer. 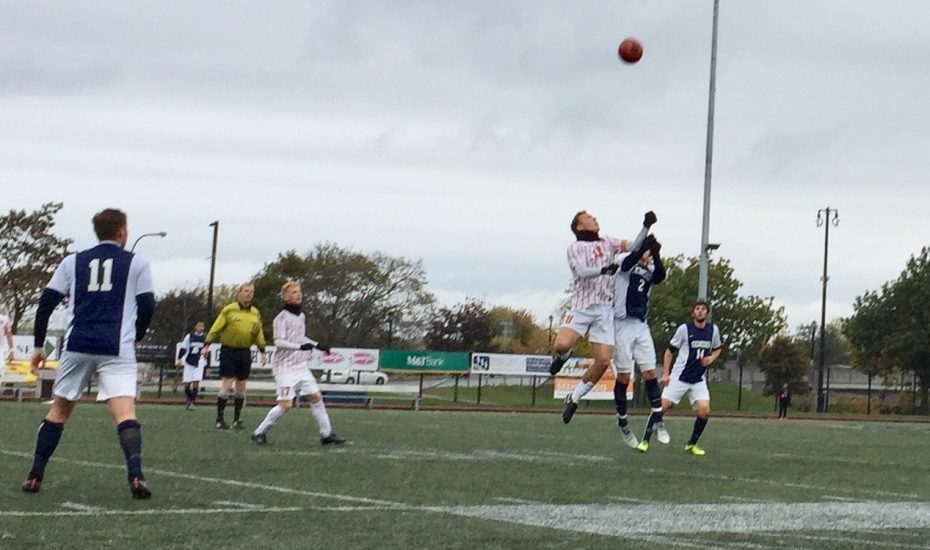 August Finn, No. 18 in white, rises to win a header against Geneseo. (Ben Tsujimoto/Buffalo News)

THE SENIORS: Howlett delivered stirring comments about the impact of his 10 seniors, many of whom started at Buffalo State early in the head coach's tenure and helped raise the program's level.

The head coach trailed off for a few seconds, collecting himself as a wave of emotions struck, his voice cracking for the final four words.

*1-0, Geneseo, 44': The Knights struck first a minute before halftime, handing the Bengals their first deficit after 45 minutes since Sept. 16. Midfielder Reidis Lata cut past a Buffalo State defender just outside the edge of the 18-yard box, then slid a pass to his right to Isaac Sanabria, who'd been kept onside by Bengals fullback Zach Caruso.

Sanabria, who'd subbed on just six minutes prior, took a touch before beating Andy Queen point blank with an outside-of-the-foot shot low to the right corner.

*2-0, Geneseo, 75': A Bengals turnover in the midfield allowed a pass to be threaded into Sanabria, who'd darted toward the right corner flag, marked by only Robert Williamson.

The first-half goalscorer mustered just enough separation to serve a low cross into the box, and it skidded between Danny Clavin and Queen to Nick Keneally, who placed his shot against the grain to put the Bengals on ice.

BENGALS' CHANCES: Buffalo State had two gorgeous chances to equalize in the 69th and 70th minutes off the foot of leading scorer Luke Pavone. The red-shirt senior ran onto a muffed clearance about 14 yards from goal, knocking a bouncing ball toward the right post of Geneseo's Dillon Medd. The keeper scrambled to reach the shot, but watched from the ground as it deflected off the pipe and out of bounds.

Just a minute later, hard work from Buffalo State's August Finn, one of the side's best athletes and most physical players, led to him getting dragged down inside the 18-yard box - a penalty kick ensued for the Bengals. Pavone - usually a sure thing from the spot - snapped his spot kick toward the right post, only to see Medd read the strike with aplomb and save brilliantly without conceding a juicy rebound.

GENESEO STANDOUTS: While Keneally drew the Bengals' ire on a few occasions away from the ball, the Pittsford-Mendon alum was dangerous beyond just the insurance goal; he nearly drew two separate penalty kicks in the second half.

After a nifty roll move at the end line, Keneally was clipped from behind by Danny Clavin - a sure foul - and the referee pointed to the spot. A discussion between the head official and his assistant determined the foul happened inches outside the box.

Minutes later, a wild Geneseo foray forward forced the Bengals into last-ditch defending, and Keneally rounded Queen and was hauled down. Again, the referee pointed to the penalty mark, but quickly amended his decision when he saw the assistant's flag up for off-side. 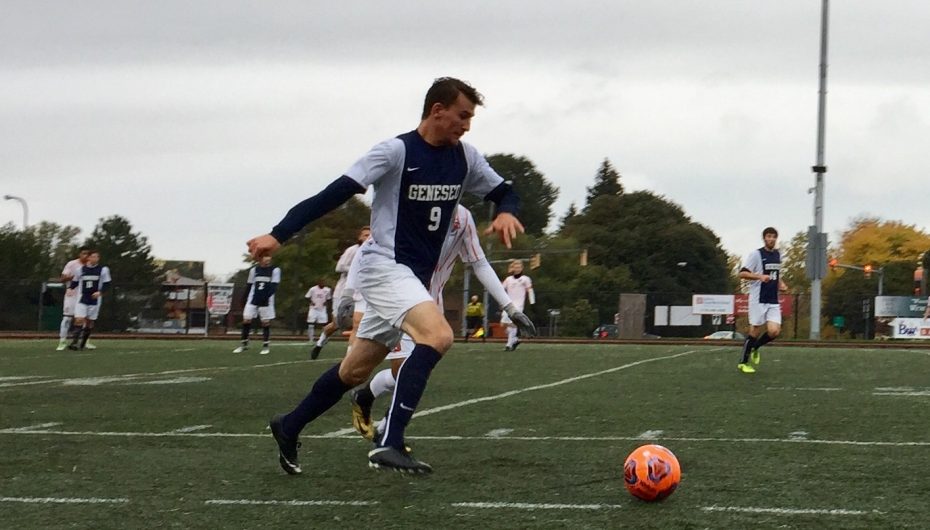 East Aurora alum Joey Vucic, a former Buffalo State player his freshman year, was a thorn in the Bengals' side throughout, narrowly missing a left-footed strike in the first half and hassling defenders relentlessly with his work rate and pace.