It lasted only about 15 minutes, but the short film during the Sunday church service was still gut-wrenching and emotional for Samantha Bell.

The 28-year-old Clarence woman watched as a teenage girl in the movie died alone at night on a concrete slab under a bridge.

The girl in the film had become addicted to painkillers, and overdosed on drugs that she pulled out of her backpack and injected into her arm. Two police officers were left with the task of knocking on the front door of the girl's home and telling her mother she had died.

For Bell, this hit close to home. Eight months ago, a close friend was found dead on her couch at her home in Clarence, with her 7-year-old child beside her. The woman had overdosed on heroin. Another friend's ex-boyfriend, also a friend of Bell's, died similarly in Cheektowaga.

And her own ex-boyfriend used drugs "all the time" – so much that Bell's worried mother bought testing kits from Rite Aid to make sure Bell wasn't using.

"I've lost so many friends from it, and I don't want it to happen to anybody else," Bell said. "Never in my life will I ever touch it."

Church services are normally supposed to be uplifting and inspirational. Not this one.

The church's two regular Sunday morning services – 9 a.m. and 11 a.m. – and its Saturday night service all focused on the severity of the problem, while seeking to bring both hope and help to those in attendance.

"We wanted to join the conversation concerning opioid addiction and the whole addiction scene here in the Buffalo area," said Pastor Patrick Jones, who directed the initiative, led the service and moderated a panel discussion. "We knew there are many people working hard on it. We believe that while there is a physiological part of that, we also believe that a big issue is the spiritual part." 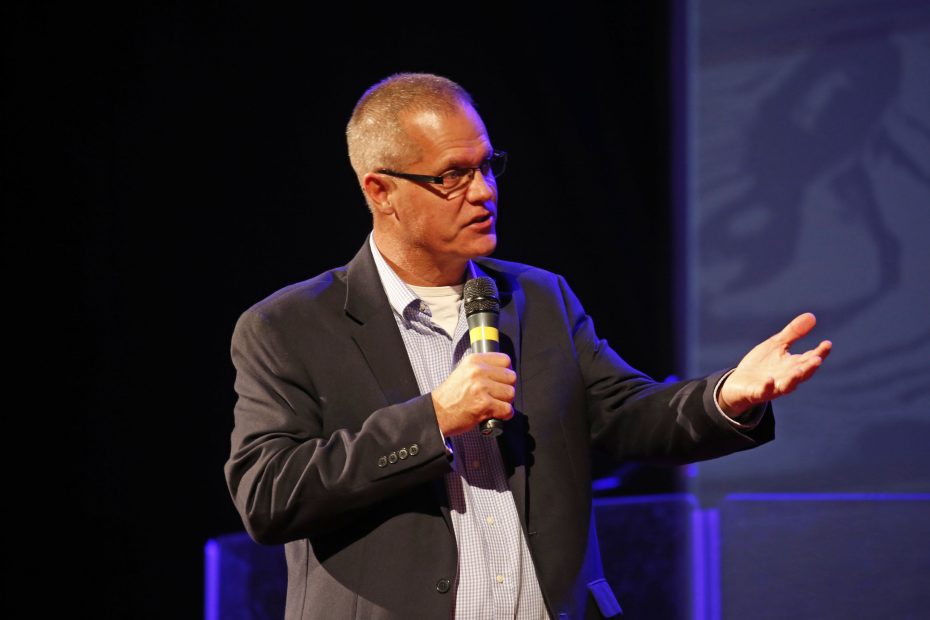 All three 90-minute services featured the locally produced film "Blink of an Eye," followed by a 20-minute panel with four local experts. Two video testimonials from church members – one a former addict who has been clean for two years and one a woman who lost her sister to an overdose – came next, capped off by the offering and prayers.

"It hit home for more people than I thought it would," said parishioner Kathy Bishop, 58, of Depew. "You could hear the sniffles around."

It was especially powerful for the younger attendees. Like Bell, 19-year-old Lauren Eichler knows people who have died from overdoses – two classmates from Clarence High School.

"I didn't know them very well, but seeing that people my age have already passed away, it's a serious thing," said Eichler, who is now a student at Hillsdale College in Michigan.

Her sister, Michelle, a 17-year-old junior at Clarence High School, where their father is a band director, knows people who use drugs now. "It's really sad. They need to get some help," she said.

The same is true for Drew DiPirro, a 14-year-old Starpoint High School student. Some of those other kids used to be among his closest friends in elementary school. "I almost felt like gagging," he said of the film. "It was very unsettling to think how this is happening all throughout the world."

That's why his mother, Amy Prime, wanted Drew and his younger brother to come. "I really wanted both my children to really hear the message," she said. "Just really seeing how you can go from having just an injury and the next thing you know you're addicted to a drug that can kill you."

'It's like a tsunami': Opioid epidemic pushes kids into foster care

Eastern Hills has a 12-step, Christian-based "Celebrate Recovery" group that meets at the church, but this weekend's services were the first attempt to reach out on a grander scale.

"We felt it was an important enough issue that we're taking all of our service times to address this issue," Jones said. "There are some folks that might not normally attend church but who came to see if there was a way to get some hope."

Poloncarz hits the road to talk about opioid crisis

"It is a conversation that needs to be held everywhere, about the opioid epidemic, how addiction can affect any family, how it has affected so many families in this region, and what must be done to address those in need," Poloncarz said.

The goal was to offer insight into the challenge locally and nationally, remove the stigma associated with drug use, offer sources of help and guidance, and provide a sense of the emotional toll that drug abuse takes on first responders. In addition, 15 agencies set up tables outside the service to give out information and answer questions.

"The stigma really is a barrier for anyone trying to get treatment. They may be embarrassed and afraid to ask, when it is a disease, not a character flaw," Yageric said.

The program also helps draw attention to the fact that the opioid crisis hits every economic group. Eastern Hills is located at the intersection of Greiner and Harris Hill roads in one of the region's wealthiest towns. And Poloncarz noted that opioid deaths in the county outside of Buffalo outnumbered those inside the city last year.

"It's not a city problem. It affects people across the county – urban, suburban and rural," the county executive said. "There's no area of the county that hasn't been touched by it. The suburbs have been hit really hard."

DA: Officer 'did nothing wrong' in saga of drug suspects recruited for anti-opiate movie