Except the highest one. He hasn't played in the Olympics, and he figured the dream was dead after he fell short in 2010.

"The year that it was in Vancouver I was one of the last cuts, and that was pretty devastating," the former Sabres center said Friday. "You put so much effort into trying to make the team, and you think, 'Maybe this will be my last chance,' because you're in your prime. The tournament was in Canada, so that would have been even cooler to represent your country in your country.

"But in life it turns out that there's maybe another opportunity."

Indeed, the 34-year-old's ultimate goal is in his grasp again. Hockey Canada has named Roy to its national team for the Karjala Cup, an international tournament next month that is doubling as a preliminary for the 2018 Olympics.

"Hopefully this works out and I get my crack at playing in the Olympics for Canada," Roy said by phone from Sweden, where he plays for Linköping of the Swedish Hockey League.

With the NHL prohibiting its players from participating in the Games, the competing countries are looking elsewhere for top talent. Roy, who played in the Sabres' organization from 2003 to 2012, fits.

He is tied for sixth in scoring in the SHL, recording nine assists and 12 points in the opening 13 games. Roy is one of the most accomplished players on Canada's roster for Karjala, joining fellow ex-NHLers Wojtek Wolski, Mason Raymond, Rene Bourque and Ben Scrivens.

"It means a great deal," Roy said. "Climbing the ranks of world juniors and world championships and under-17s, under-18s and all that stuff with Canada, the ultimate challenge or goal would be to win a gold medal for the Olympic team. I get a chance to do that maybe, and I've just got to make sure I work hard and prove myself.

"Hopefully, we can go to South Korea and win a gold medal." 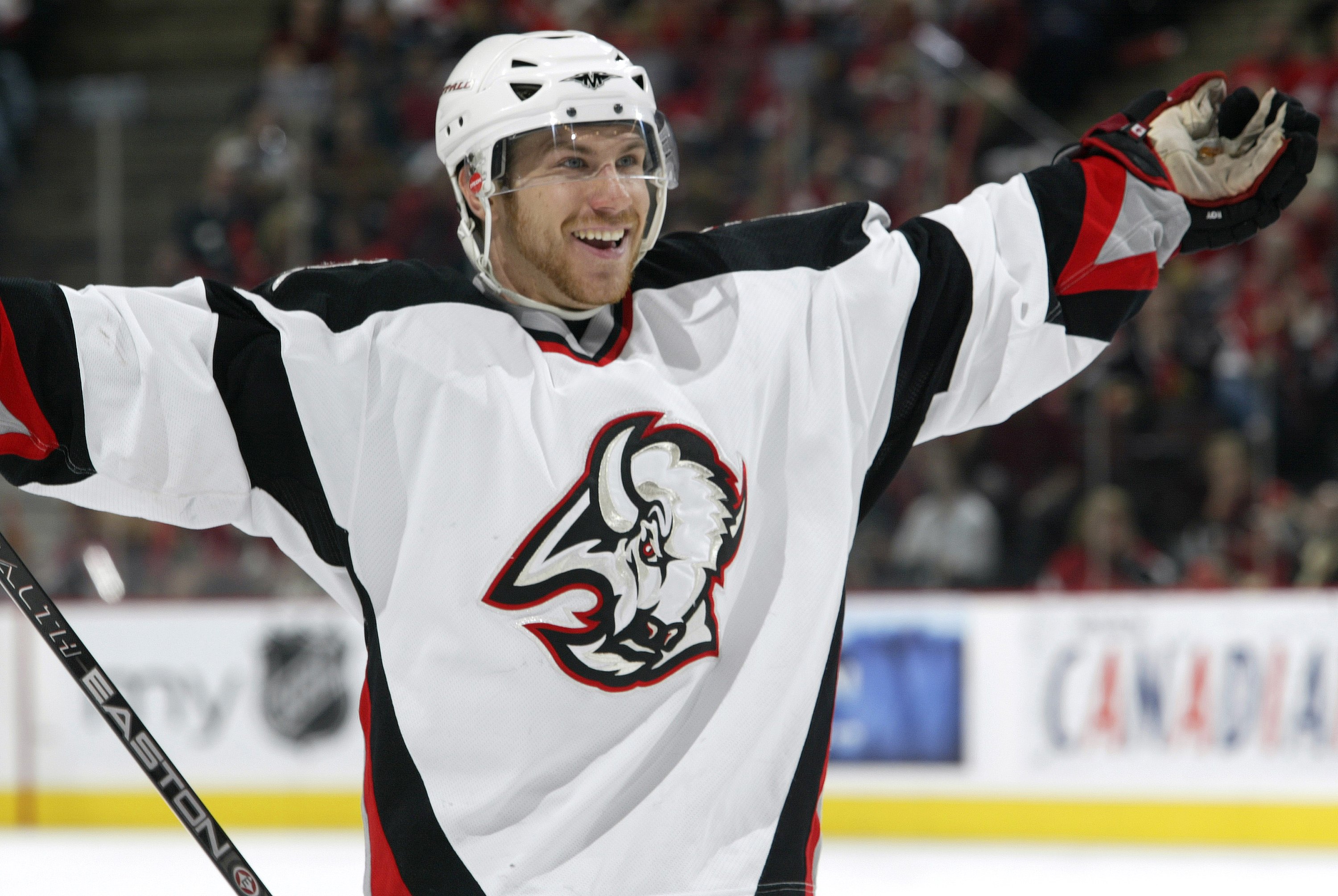 Drafted in the second round by the Sabres in 2001, Derek Roy spent his first nine professional seasons in the organization. (Getty Images)

Gold has so far eluded Roy. He won silver medals at the 2003 world juniors and the 2008 and 2009 world championships. He and Canada finished second at last year's Deutschland Cup in Germany. They won the Spengler Cup in Switzerland in 2015.

The 2015-16 season was a stellar one for Roy, though it didn't start that way. He was disappointed he couldn't find an NHL deal after finishing the previous season with 11 goals and 22 points in 46 games for Edmonton.

He chose to sign with Bern in Switzerland and, with help from Canisius College product Cory Conacher, won the league title. Roy had 30 points in 36 regular-season games and added 12 points in 13 playoff appearances.

"Bern was amazing," Roy said. "Winning the championship there, I think they had 17,000 fans at the playoff games and 16,000 at the regular-season games. It was a really loud arena, and the atmosphere was awesome. That was fun playing there."

Roy played for Omsk and Chelyabinsk of Russia's Kontinental Hockey League in 2016-17. He totaled 24 points in 61 games.

"Russia was interesting," he said. "The language barrier was really tough. The players were OK at speaking English, but the coaches didn't speak any English. It was difficult, but it was a good experience as well."

He moved to Sweden's top league this season, signing a two-year deal with Linköping.

"Some places have crazy fans, and then some places have OK fans, kind of like any other place. They bang their drums and they sing and chant and things like that throughout the whole game. It's a different atmosphere, and it's pretty cool to play here."

The coolest place to play will be South Korea, and Roy has a shot at fulfilling his Olympic dream.

Roy is hardly the only former Sabres player shining overseas. Here are more blasts from the past:

*Maxim Afinogenov is in his seventh season in the KHL. The alternate captain has 10 goals and 19 points in the opening 22 games for Vityaz Podolsk.

*Christian Ehrhoff is in his second season in the German elite league. He is the captain for Kölner Haie and has 10 assists and 15 points in the opening 16 games.

*Henrik Tallinder is in his third season in Finland's top league. The alternate captain for TPS has eight points in the opening 18 games.

*Nathan Gerbe is in his second season with Genève-Servette of the Swiss league. He has four points in 11 games.

*Daniel Paille is in his second season with Brynäs in Sweden. He has four points in the opening 11 games.

*Dmitri Kalinin is in his ninth season in the KHL. The alternate captain has three points in the opening 24 games for Spartak Moskva.

*Luke Adam is in his second season in Germany. He has 11 points in the opening 16 games for Adler Mannheim.