Tre’Davious White dropped his hips, swiveled and darted toward the corner.

But the Bills rookie wasn’t running through a drill in practice. He was evading a teenage ghoul with an imitation chainsaw.

Players led the children through the haunted mazes even though they may have been just as frightened.

“It did not work out like that,” Dion Dawkins said. “Just, straight off the top, it was scary. The kids were like, ‘you go first,’ but I said, ‘you’ve got the flashlight, you go first.’ ”

“The kids, they got more heart than the players,” White said. “We were jumping more than they were.” 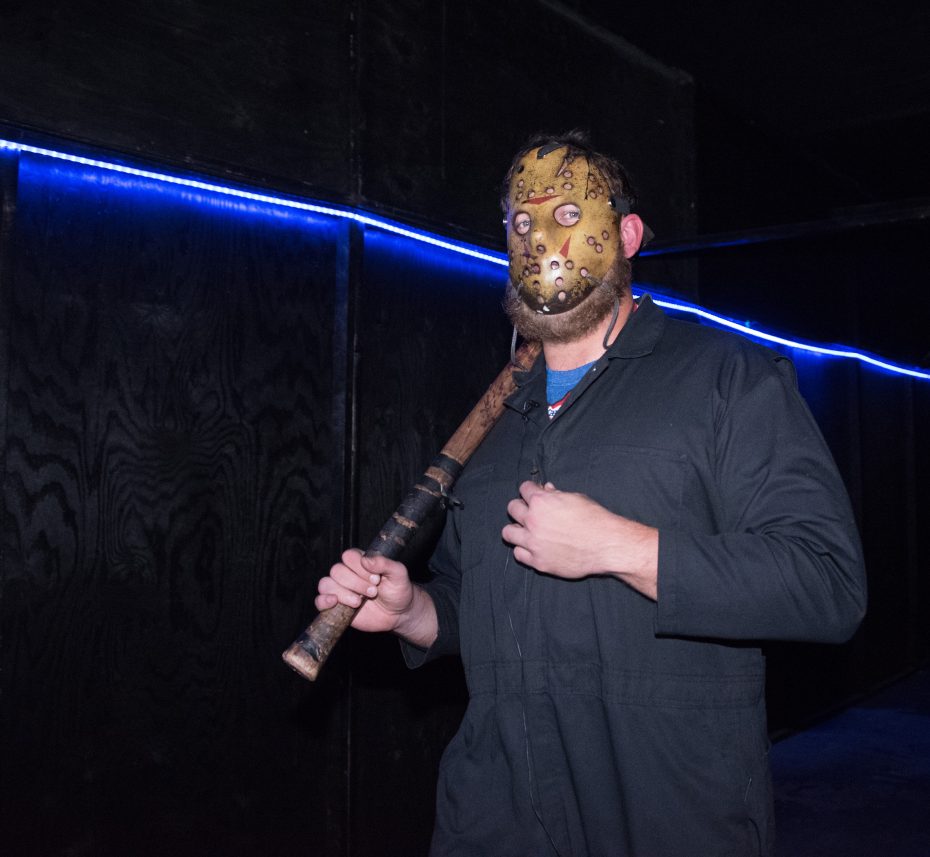 Helping to try and scare the players was the Bills’ biggest rookie, 6-foot-8 Conor McDermott, who dressed in a “Jason” mask and hid inside the attractions.

“I definitely got Tre’ on the ground,” McDermott said. “I got him good.”

It was much easier to put White on his back in the haunted house than on the practice field, McDermott said. 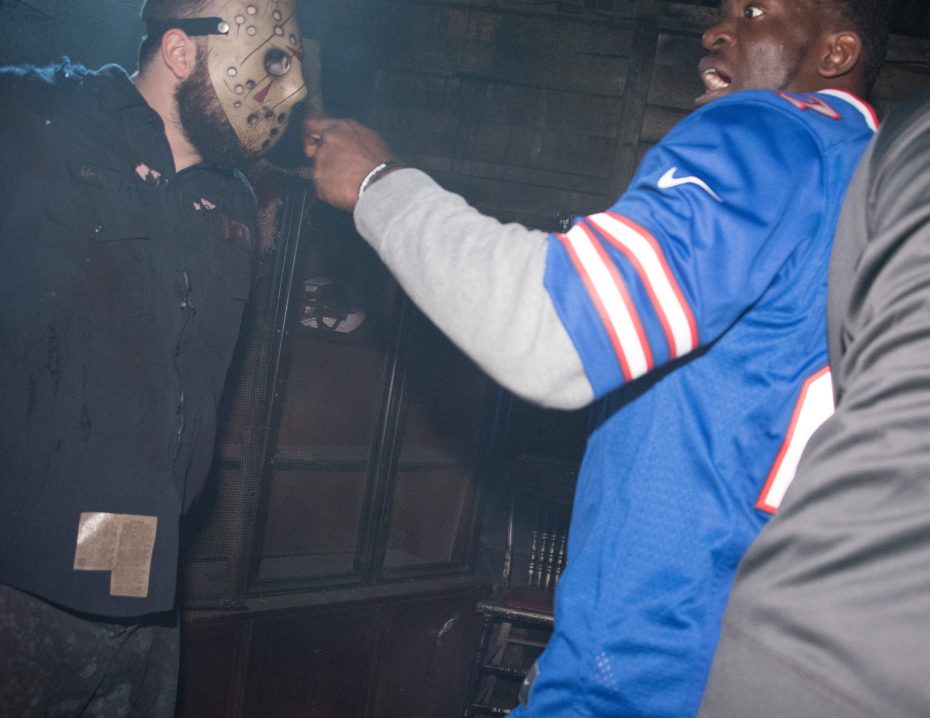 Even McDermott, however, was wary of “Tiny,” the 6-10, 480-pound clown who floored White when he jumped at the 5-11, 192-pound cornerback outside of the attraction.

“It’s so much fun to be able to scare these big NFL players,” the deep-voiced clown said. 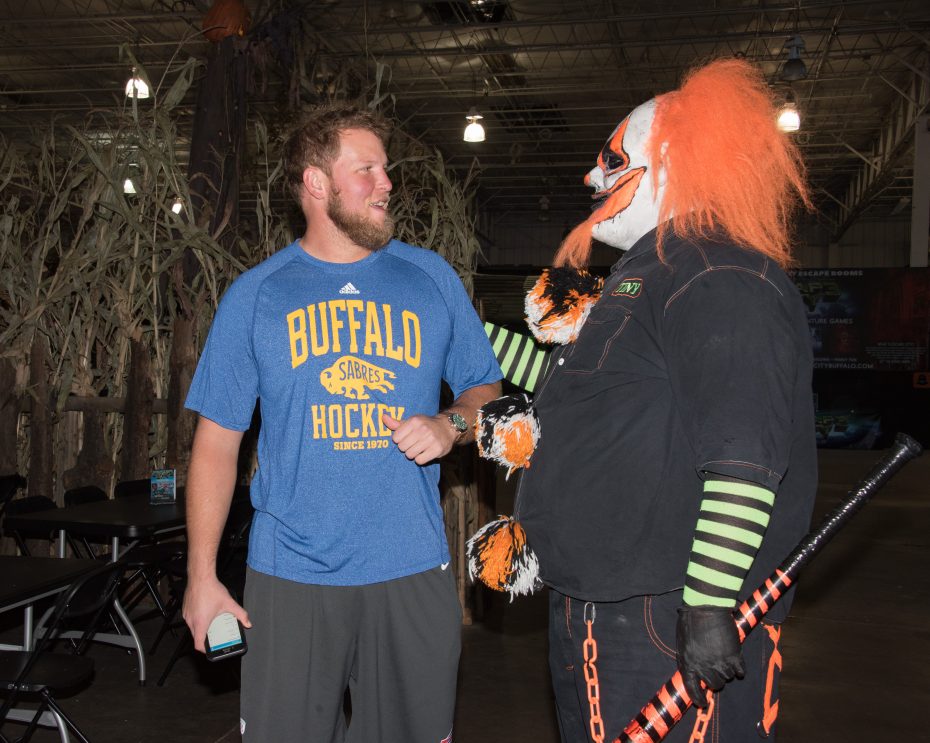 Quarterback Nathan Peterman suggested the Bills bring “Tiny” in for a workout.

As jumpy as the current rookies got at times, none of them reacted quite like Shaq Lawson did last year.

The monthly rookie club events allow players to interact with and learn more about the Western New York area. The goal is to inspire players to get more involved as their careers progress, said Preston Teague, director of community relations.

“It’s a special something that I definitely enjoy and don’t take for granted,” Peterman said. “I was one of those kids a long time ago and it’s fun to interact with them.”