A loss to Orchard Park was just the wake-up call that Brandon Dunz and the rest of the Frontier boys volleyball team needed.

The Falcons immediately rebounded with a sweep of West Seneca West and finished the week with a three-set win over Canisius to capture the title of the Hamburg Tournament on Saturday.

Match point in the best-of-three final was decided on a kill by Dunz, who took home MVP honors in leading Frontier to 10 set wins and only one set loss.

For Dunz's performance, he has been named our Prep Talk Male Athlete of the Week

Coach Bill Faust on Dunz: "Brandon, above all, is a great kid. He works very hard in the classroom and on the volleyball court. His attitude, ability and work ethic have earned him respect from his teammates and coaches alike. I'm really happy for Brandon taking home an MVP trophy (Hamburg Tournament) as validation of the effort he has put in to learning his new position of outside hitter. This year, he has taken his game to another level and now just proved he can lead a team to a hard-fought victory. And if I didn't mention it yet, he's 6-7 and only a junior!"

How has your season gone so far?: Our record is 10-5 overall and 7-2 in the league (entering Monday). I'm averaging 4.5 kills per set and my hitting percentage is .432 percent. (A hitting percentage in volleyball is similar to baseball. Anything above .300 is considered great.)

Highlight of athletic career so far: Getting selected to the USA Volleyball High Performance A1 training program and camp this past summer in Fort Lauderdale, Fla. and competing against other countries and the nation's best competition.

Favorite thing about my sport: That it never stops. After any given play the ball is coming right back to you. Also, the bond and friendship teammates develop because the game is so dependent on each other to succeed.

Favorite teammate: Brian Norsen because of the energy and intensity he brings to the court. 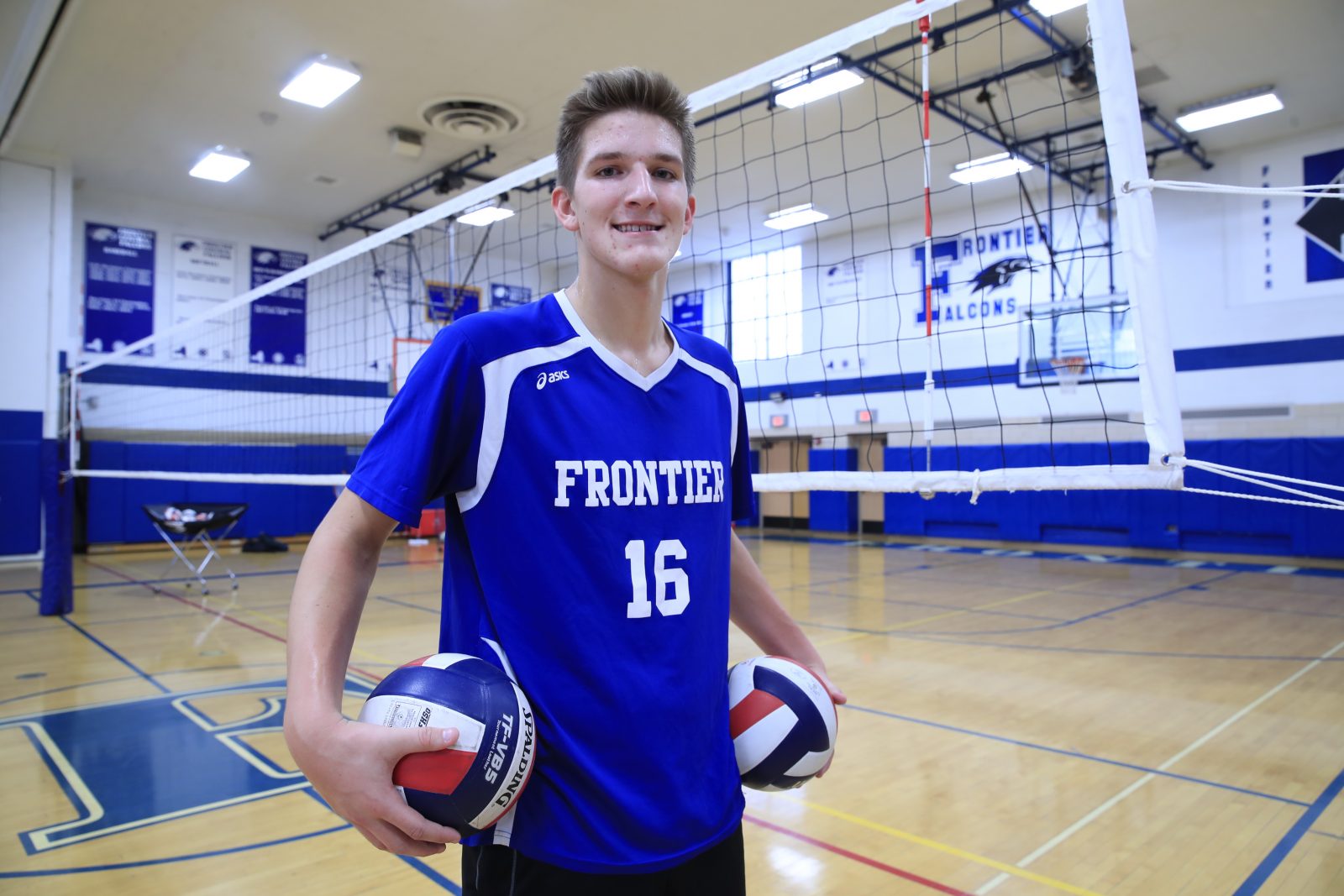 WNY Athlete I looked up to: Zach Gerken. His attitude, he was never content. He always pushed me and other teammates to be their best.

Pro/college athlete I admire now: Lebron James because of the work he puts in to make sure his body is in the best physical condition to compete. He brings intensity to every competition.

What’s ahead (athletics and/or academics): I'm looking to have a strong finish to this high school season, playing competitive club volleyball and eventually playing college volleyball. As for academics, I'm still undecided.