The Hamburg girls volleyball team has been ranked near the top of the Western New York coaches poll all season. A big part of that success has been the play of Margaret Seider.

Seider's seven blocks and six kills were enough to give her MVP of the Southtowns Invitational Friday night, when she helped lead the Bulldogs past Orchard Park in the final. It was Hamburg's second tournament title in as many weeks, as it upset Williamsville East at the North Tonawanda Tournament.

On top of MVP honors, Seider is also our Prep Talk Female Athlete of the Week.

Position: Middle and right side hitter.

Coach John Crangle on Seider: "Meg is a physical presence both offensively, as we've been able to line her up all across the net, and defensively, as hitters are altering their approach because of her. In the past few weeks, it is clearly evident how she can just take over a game with big blocks and timely kills that spark momentum. These plays are loud and vivid, and the team feeds off of it. Additionally, it opens up the court for us to spread our offense, which has led to a well balanced attack. I've personally seen Meg work diligently these past couple off seasons during club ball to better all aspects of her game. Her focus and attention to detail only gets stronger. She is well respected by her teammates as she truly leads by example. Our program defines itself on not what we do but how we do it, and Meg personifies that."

How has your season gone so far?: Our overall record is 14-5 (entering Monday) and we have been ranked in the top of Western New York all year. I lead the team in blocks and am second on the team in kills.

Highlight of athletic career so far: I was named second team All-ECIC last year in addition to the Southtowns Invitational MVP.

Favorite thing about my sport: It's a team sport. There's so much that goes into one point that it's complex and strategic. In a sport like this, it's important to be close to your teammates on and off the court. If you don't communicate well off the court you can't do it on the court.

Favorite teammate: I love my entire team and I enjoy playing with each one of them. I've been playing with the four other seniors since modified and throughout club season. The bond between the five of us is stronger than any other teammates I have ever had. 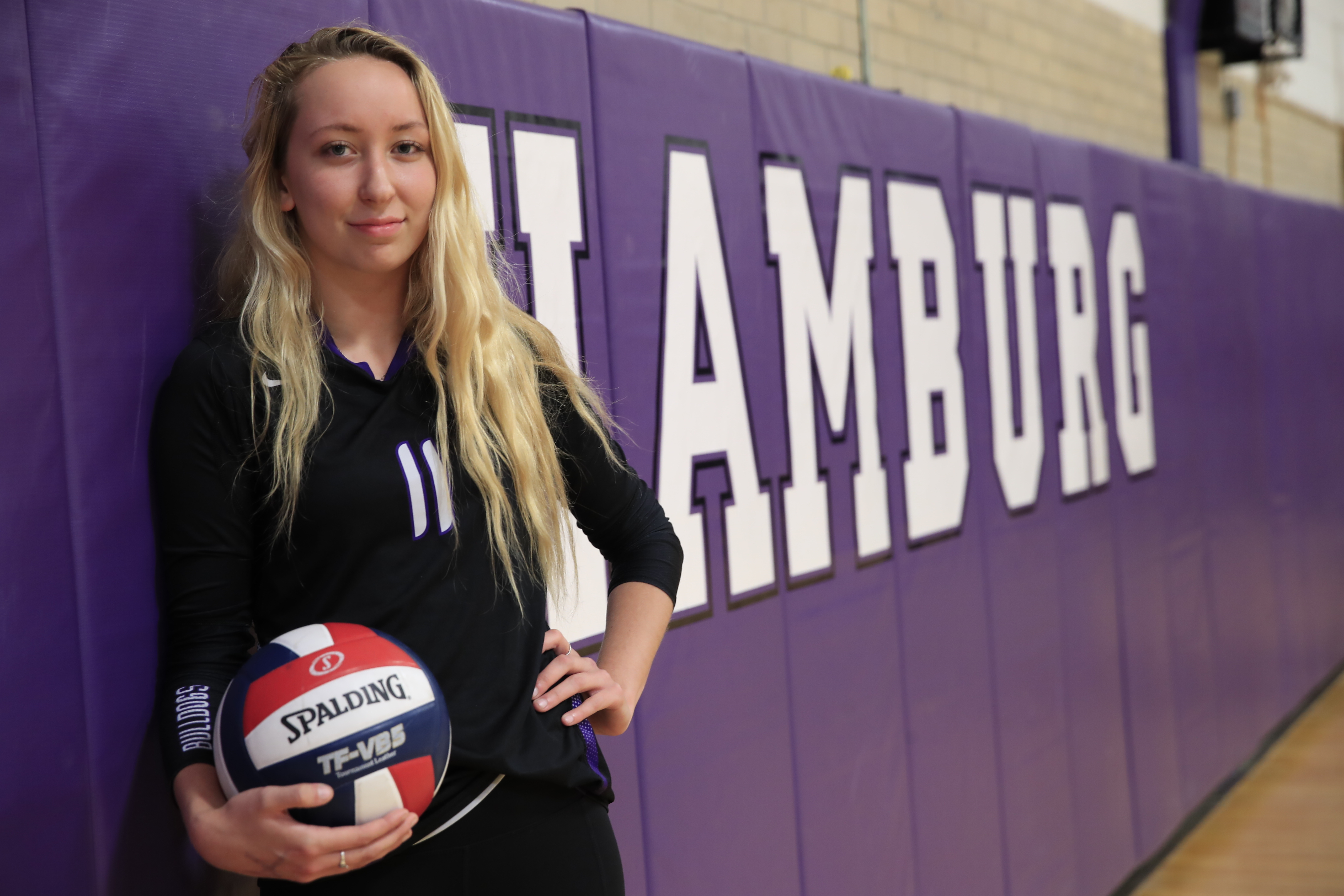 Toughest opponent: Myself. I get frustrated if I can't block opposing hitters. It always comes back to me and whether I can figure out how to overcome it.

Pro/college athlete I admire now: Kerri Walsh Jennings. I admire how much she loves the sport and everyone always thinks it's going to be her last year but she just never stops.

Favorite school subject: AP Math. It's difficult but I enjoy the challenge it offers.

What’s ahead (athletics and/or academics): I definitely would like to play volleyball at the next level and am exploring all options for next year.