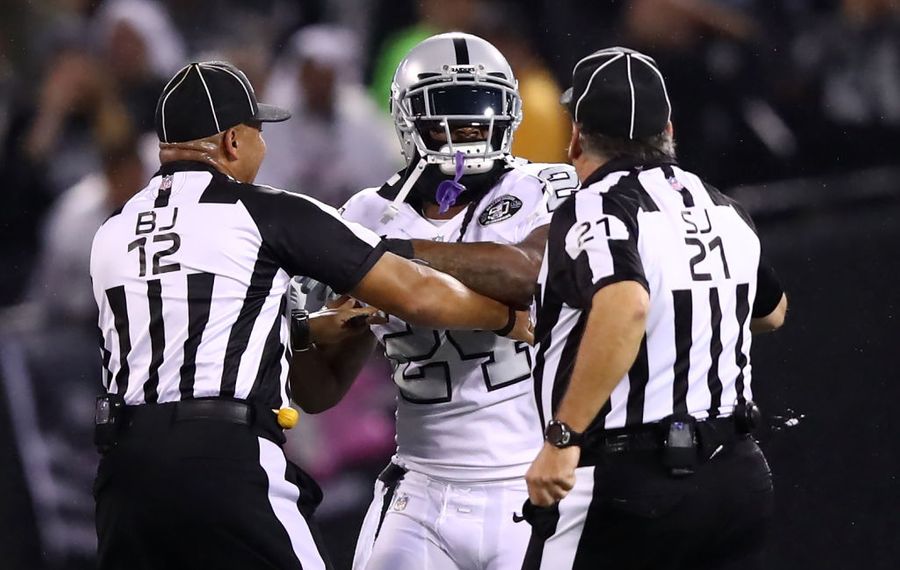 Raiders running back Marshawn Lynch lost the appeal of his one-game suspension and will not face his former team Sunday when the Raiders visit the Bills.

Lynch was suspended and fined running onto the field and making contact with an official during an incident in last Thursday's game against the Chiefs.

🔥👀🏈 Marshawn Lynch ejected + also sprinted from the sidelines on the play to come to the aid of both the Raiders & Marcus Peters pic.twitter.com/8B4G5bRRPk

Lynch was drafted 12th overall by the Bills in 2007 and spent three and a half seasons in Buffalo before being traded to Seattle, where he was named first team all-pro in 2012 and won a Super Bowl in 2013. Lynch retired after the 2015 season, but returned to join the Raiders this year.

The Raiders rank 24th in rushing yards per game but 10th in yards per carry, thanks in part to some big gains by receiver Cordarrelle Patterson. Lynch is averaging only 3.7 yards per carry and hasn't had a run longer than 15 yards, so his absence may not hurt the team tremendously. Jalen Richard (4.5 YPC) will likely be the main ball carrier, while DeAndre Washington should be in the mix as well.

Five things to know about the Oakland Raiders, the Bills' Week Eight opponent

Advanced Stats: How much does Marshawn Lynch have left in the tank?