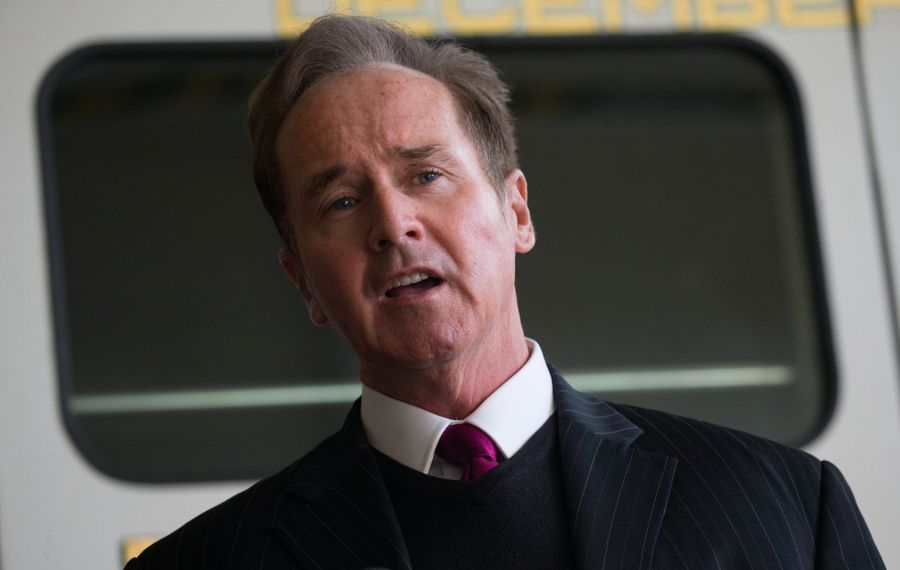 WASHINGTON — Rep. Brian Higgins may be known mostly for his effort to revive Buffalo's waterfront, but now he's taking on a much larger task: fixing the nation's health care system.

The way to do it, the Buffalo Democrat said Tuesday, would be opening up Medicare — so any American shopping for health insurance could buy into what's now America's public health plan for the elderly.

“For over 50 years Medicare has been an efficient and trusted healthcare option for older Americans," Higgins said. "Building on a system that works to make it available to more people who want it is simply common sense."

Higgins and five other House Democrats joined Tuesday to introduce a bill that would allow Medicare to serve as a public option for younger people who buy health insurance on their own.

While the bill faces dim prospects in the current Republican Congress, perhaps what's more immediately significant is Higgins' increasing role as a leader on health care issues in the House.

Higgins served on the House Ways and Means Committee during the 2010 debate over Obamacare, but lost his seat on the panel — which oversees health care — when Democrats lost control of the House in that year's election.

This year, he earned enough seniority to regain his seat on the committee, along with the title of vice ranking member.

Higgins, who's shown a long-term interest in cancer research and other health care issues, decided to use that position to try to reform the health care system. He started in July by introducing a bill that would open Medicare to those 50 and above, but this week joined colleagues in offering a far broader bill.

Higgins said that new measure might prove popular among Democrats who believe legislation sponsored by Sen. Bernie Sanders, I-Vt. — which would replace the current health insurance system with a government-run single payer model — to be too drastic.

If Democrats were to take control of Congress in coming years, "this bill could clearly pass," Higgins said of the legislation introduced Tuesday.

"It would pass in a heartbeat," Moffitt said.

That's just about all that Higgins and Moffit agreed on.

Higgins portrayed his bill as a common-sense way to provide some competition to private insurers who are drastically increasing rates for policies offered under the Affordable Care Act. He noted that such policies will cost 15 percent more in New York in 2018 and 60 percent more in Georgia.

"There's no price pressure as a counterbalance to private insurance," Higgins said, noting the lower rates people could get through Medicare would probably spur a slow transition to a single-payer system.

"It's a bad idea because what it means is you'll have a monopoly," he said. "You would have no choice on your health care. You would get what you're given whether you like it or not."

One thing seems certain: Higgins may have started his congressional career focusing almost solely on issues affecting Buffalo, but those days are done.

"I still take a very strong interest in Buffalo and the redevelopment of Buffalo," he said.  "But because of time and experience, you begin to develop a coherent confidence in what you have to offer as a constructive contribution to a national issue."

Gillibrand, at Town Hall, voices support for Medicare for All, $15 wage, medical marijuana