Over the past five years, Buffalo has seen its share of craft breweries debut, all luring local and visiting beer enthusiasts with their own style and substance. And whether double IPA-focused, utilizing the city’s love of loganberry or sponge candy, or boasting suburban sipping areas off man-made lakes, each has cultivated established expectations.

But none have traversed the territory now cornered by Sato Brewpub, Buffalo’s and America’s first Japanese-inspired brewing operation.

Concocted by former Community Beer Works brewhand Drew Hardin, Sato’s on-site-brews are developed to both utilize local and Japanese ingredients, as well as complement the various dishes on its lunch and dinner menu.

And whether raised alone, with a steaming bowl of ramen, or aside friends and coworkers, the inventive beers are reason enough to find Sato’s front door.

But it’s the chance to enjoy any and all within the surprisingly bright and inviting bunker confines of the Japanese gastropub (or “izakaya”) that makes a visit to the downtown spot vital to any craft draft drinker looking for a refreshing change of scenery. 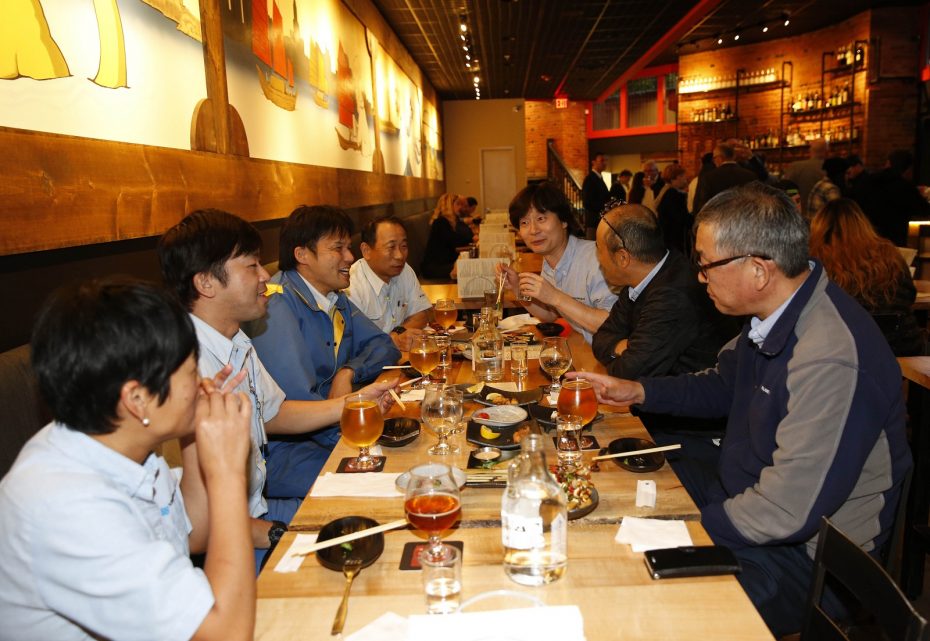 Visitors descending the stairs of the clandestine locale will find a pristinely renovated space accommodating to both diners and drinkers, with adequate tables for small and large parties intermixed throughout the long barroom.

The ceiling and walls feature Japanese décor against meticulously refurbished brick, but the tanks of Sato’s brewing operation can be seen through large glass windows, reminding all that its brewery dynamic is accented by its edible Asian delicacies—not the other way around.

The harmony between the two is enabled by offerings like Rabbit in the Moon (4.8 percent ABV, $6.50) and the thankfully frothy Aggretsuko stout (5.3 percent, $6.50). Rabbit in the Moon —malty, brewed with brown rice and a hint of green tea—pairs deliciously with a bowl of Tori Sato Ramen ($11) and a barbecue pork-filled steamed bun ($3). 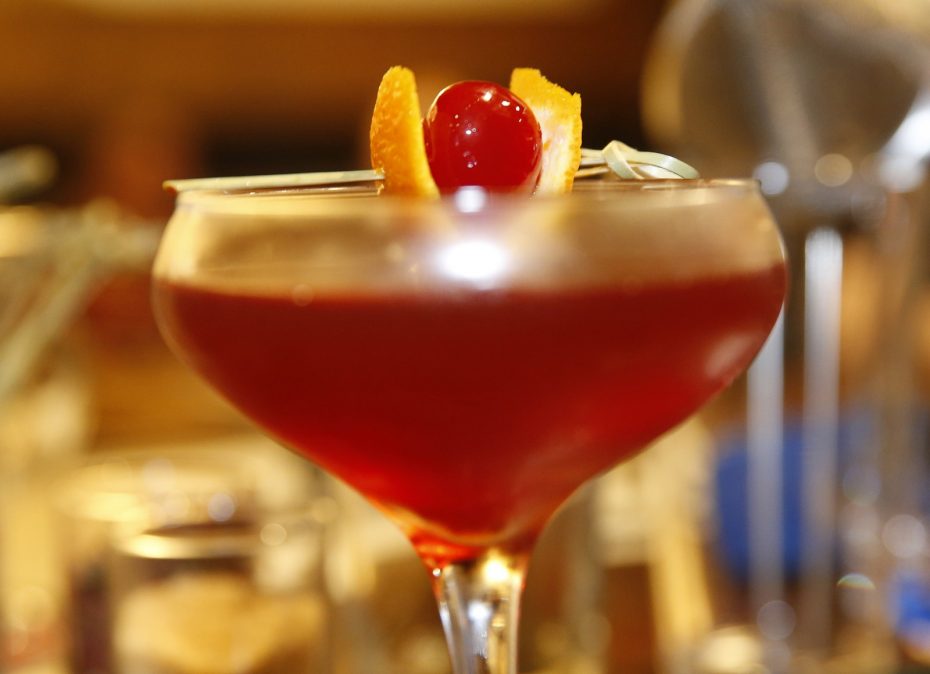 Sato Brewpub's version of a Manhattan with a Japanese whiskey and a housemade vermouth blend. (Sharon Cantillon/Buffalo News)

The Aggretsuko's Belgian-style composition stands just fine by itself, and is deliciously perfect for the region’s entry into fall and winter. These two selections lead the pack of Sato’s six debut drafts, and all can be taken to go within brewpub logo-emblazoned growlers.

But while standing in stark contrast to the bars and breweries that have emerged during the region’s ongoing beer boom, it’s still a distinctly Buffalo address.

Whether with its lone television tuned to the MLB playoffs and NHL action, its barroom packed with after-work conversation and laughter, or with couples hoisting pints against its wall-size mural—featuring Godzilla toasting the downtown skyline with an overflowing draft—the brewpub is yet another extension of how far Buffalo’s bar game has evolved in such a short amount of time.

And if this scene can produce a place as ambitious as Sato, there’s no telling what’s coming next—aside from raised expectations.

Hours: 11 a.m. to midnight Tuesday to Thursday; 11 a.m. to 1 a.m. Friday and Saturday. Closed Sunday and Monday, but plan to add Sunday brunch.

Scene: Inventive and inviting brewpub that melds Buffalo and Japanese flair within a dynamic underground venue.

Parking: Off-street lot free after 5 p.m., along with nearby lots and garages

Don’t forget to: Snap a photo against the pub’s wall-length mural, featuring Godzilla and nemesis Mothra near Canalside. 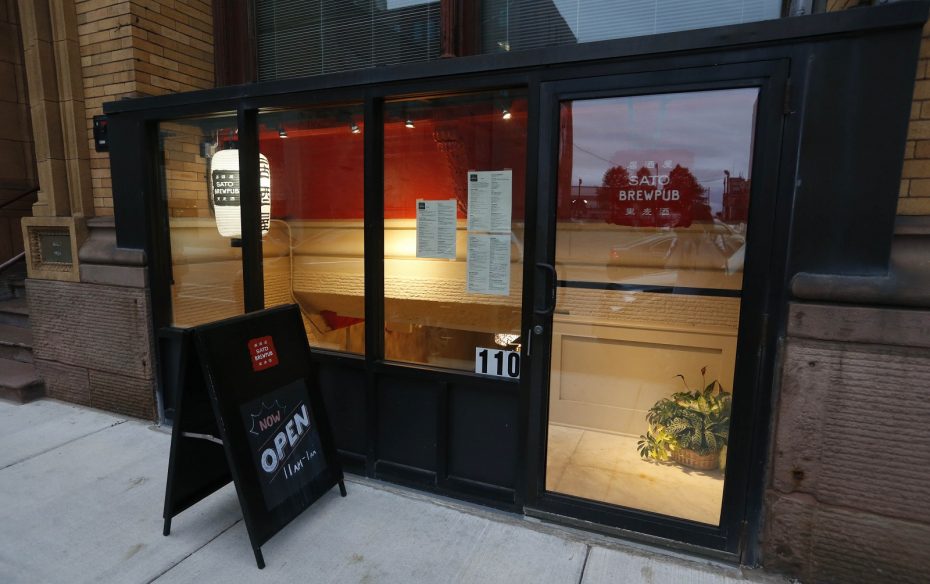