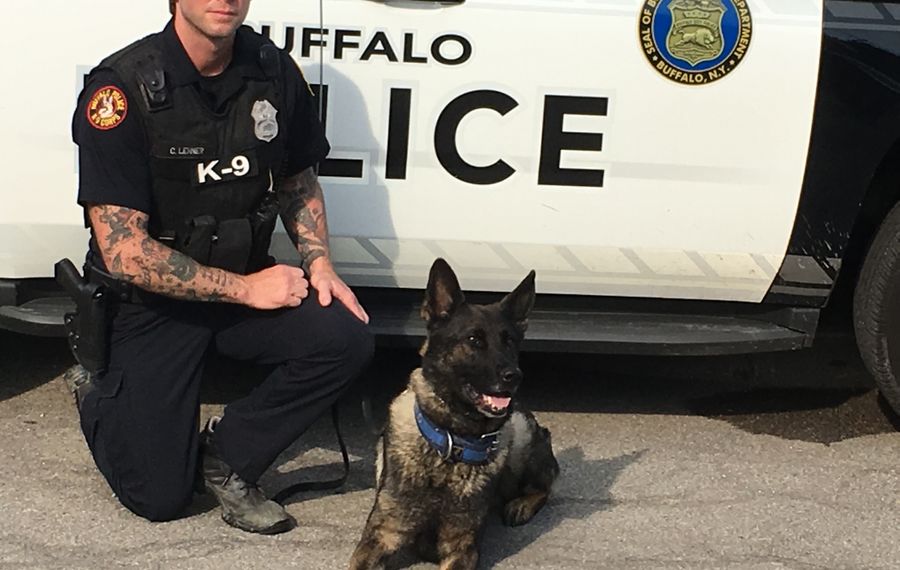 Shield, the 4-year-old German shepherd who was Buffalo Police K-9 Officer Craig E. Lehner's inseparable partner, will remain in the care of the Buffalo Police.

The power of that connection will be evident Wednesday, at Lehner's funeral procession, when the dog is expected to walk alone behind the casket.

Department officials say many offers have come in from the public, both locally and across the country, to care for Shield as a way of honoring Lehner's memory.

But Commissioner Daniel Derenda confirmed that a decision has been made: The dog, trained at a high level by Lehner, will remain on duty with the K-9 unit. Another officer will eventually be trained and certified to carry on Lehner's work with an animal described as a "special dog" by Greg Whelehan, co-owner of the Upstate kennel and boarding facility that sold Shield to the Buffalo police.

Lehner, 34, died Oct. 13 during an underwater training exercise. His body was recovered five days later after an exhaustive search of the Niagara River by local, state, federal and Canadian agencies.

Lt. Salvatore Losi, who oversees Buffalo's K-9 unit, has said Lehner's skill and affinity with the dog — and Shield's high level of awareness and performance — earned a glowing response from trainers with the Niagara Regional Police, in Ontario, who certify the animals. 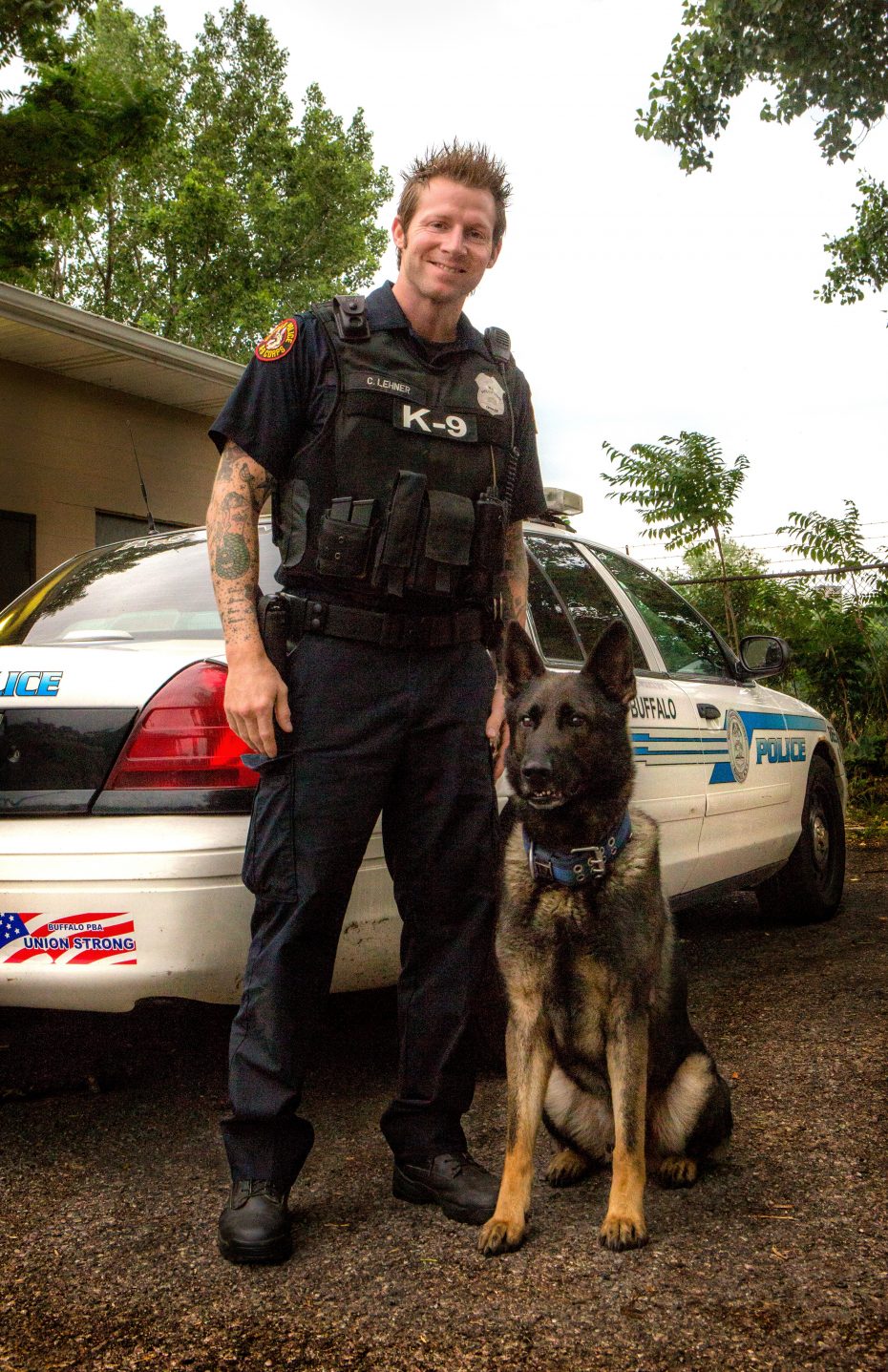 The Buffalo police purchased Shield, raised in Holland to respond to Dutch commands, from Upstate K-9 LLC, which boards and trains police dogs in Hilton, Monroe County. Whelehan wrote in an email Monday that he remembers how "excited and happy" Lehner was on the day he picked up the dog about a year ago.

"I remember him taking the leash from me and acting like the dog was his for many years already," wrote Whelehan. He said the dog arrived with a Dutch name, "Durmann." Lehner, who taught himself some Dutch to better work with his dog, trained the animal to respond to a new name, "Shield."

"It's very hard to find healthy and strong-working German Shepherds nowadays in Europe," Whelehan wrote. Finding a dog like Shield, he wrote, is "like finding gold."

Lehner "was very confident," Whelehan wrote, "and you could tell a very good police officer."

Whelehan wrote that the dog's ability to learn and develop "was leaps ahead (of) most his age and breed." Lehner, he wrote, was extraordinarily dedicated as a handler, an officer who would call or text two or three times a week with questions or reflections about the dog. 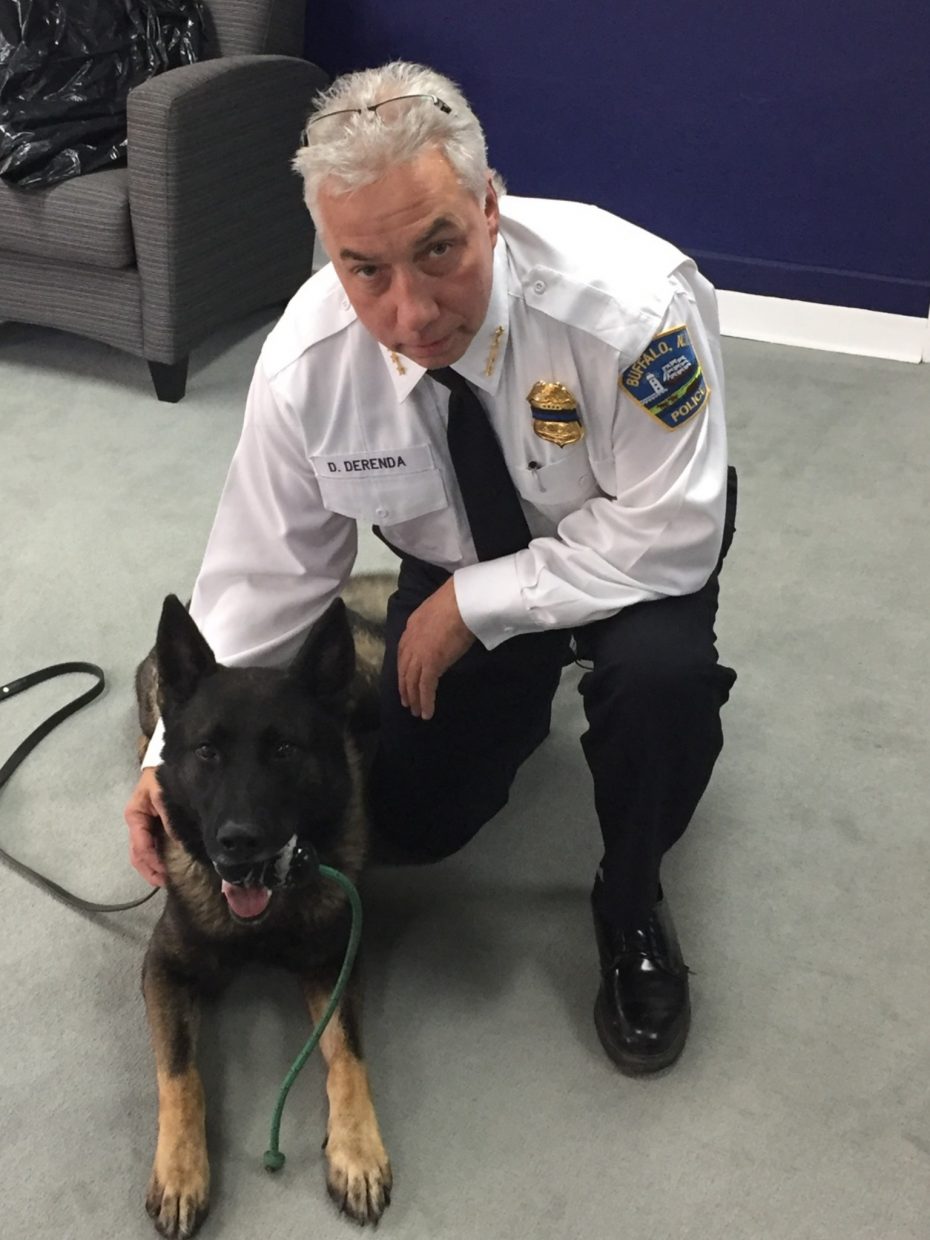 "Craig had so much passion," Whelehan wrote. "He always wanted to train and do more."

Indeed, Lehner loved the work so much that Losi saw him as the long-term future of the entire unit. Through the intensity of that commitment, Lehner built a powerful bond with his dog. Police officials said last week that Shield would be evaluated to determine if he could adapt to working with other officers.

The 85-pound canine has proven resilient and is getting along well with other members of the K-9 unit, they said. Those officers take turns working with the dog and Shield spends his nights at an Amherst kennel.

There is also a powerful emotional commitment to Shield, whom police see as part of Lehner's legacy and "part of the Buffalo police family."

Out of respect to Lehner, Losi said, any decision on Shield's duties and partner will not be made until the coming weeks.

Sean Kirst– Sean Kirst, a columnist for The Buffalo News, is a recipient of the Ernie Pyle Award for human interest writing and the national Society of Professional Journalists award for excellence in column writing. Raised in Dunkirk, a graduate of SUNY Fredonia, the son and grandson of Buffalonians, he has worked in Upstate journalism for more than 45 years.