The City Grill shootings have claimed a fifth life.

Seven years after a gunman opened fire at the downtown restaurant, killing four people and wounding four more in one of the most violent acts in Buffalo's recent history, Demario Vass, who was shot in the head, died last Saturday. He was 37.

For the last three years, Vass was home at his mother's house on Alma Avenue in Buffalo, where she and her other six children shared the responsibility of taking care of him. Vass was paralyzed from the neck down and could only communicate through grunts and by blinking his eyes. He spent most of his time in a hospital bed in the living room in front of a 72-inch TV they set up for him.

Family members took turns staying by his side, never leaving him alone – 24 hours a day, seven days a week. They kept him nourished through the feeding tube in his stomach, bathed him in an inflatable tub that could be slipped under him in bed and kept him company as he watched football or basketball.

It was hard work, but they're glad they were able to be there for Vass.

McBride recalled the early morning of Aug. 14, 2010. Another son, Rinaldo McBride, got a phone call.

"Six or seven people just got shot downtown," she said he was told.

The family made some frantic phone calls and learned Demario Vass was among the victims.

The family raced to City Grill, which was located on the pedestrian-only section of Main Street between Swan and Seneca streets, and found a scene of chaos. Police. Paramedics. People crying.

Eyewitnesses to a massacre One shooting victim in City Grill bloodbath proves reluctant, but others at scene provide dramatic details in murder trial

"Just don't put no blanket over mine," she prayed.

The family found Vass lying on the ground. EMTs were working on him. One looked up and said: "Tell mom he's breathing. Meet us at ECMC."

They made the 5-mile drive to Erie County Medical Center so fast they beat the ambulance there, Melinda McBride recalled. 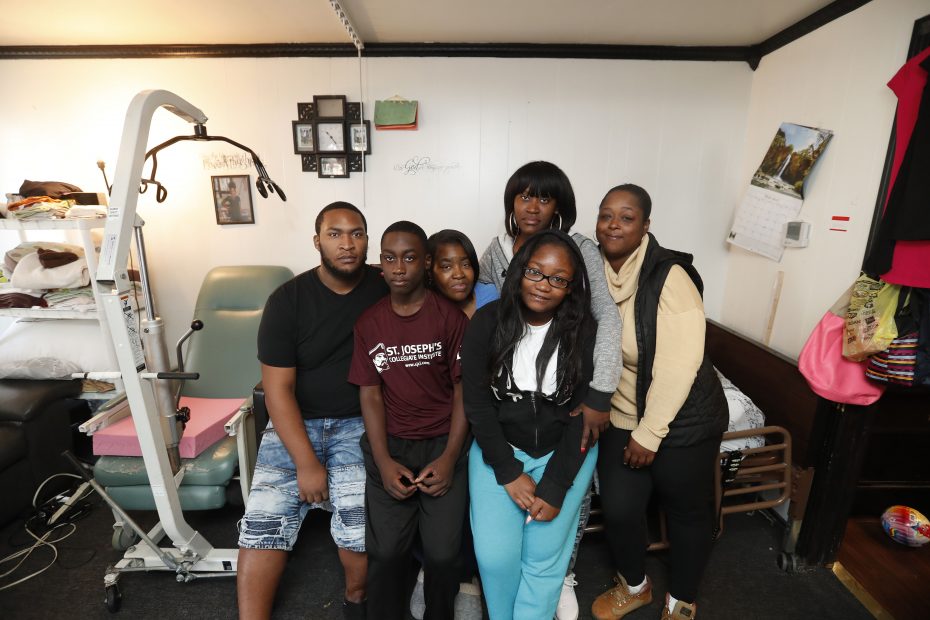 In the waiting room, a doctor and a detective talked to the family. They said Vass had been shot point blank in his left temple and there was about a 60 percent chance that he wouldn't survive surgery.

The family urged the doctors to do whatever they could.

Within a few days of the shooting, Vass showed signs of consciousness. He squeezed his loved ones' hands although doctors said that it was likely he was just having a seizure. In the next few months, he seemed to be healing. He began speaking.

His mother recalled the day her nephew called her from the hospital. "Auntie, somebody wants to talk to you."

Melinda McBride couldn't imagine who that would be.

She raced to the hospital.

Therapists began working with Vass on learning to walk again. He even started to write again. But about three months into his hospital say, he had a major setback and suffered some kind of stroke. After that, he no longer could talk or move his limbs.

Riccardo McCray was arrested as the shooter. He was found guilty in March 2011 of four counts of first-degree murder; two counts of first-degree attempted murder; and one count of criminal possession of a weapon. He was sentenced to life in prison without the possibility of parole. The District Attorney's Office said prosecutors are not considering an additional murder charge because McCray already faces life in prison.

Vass spent four years at ECMC, much of the time at the Terrace View Long Term Care Facility. He had several more setbacks and underwent several surgeries. Doctors warned the family on several occasions that he might not make it off the table, and that it was up to them if they wanted to continue treatment. Each time, they urged the doctors to do everything they could to save him.

"I didn't listen to them," Melinda McBride said.

Three years ago, she brought Vass home. They set up his hospital bed in McBride's living room, right next to the kitchen.

The family members took shifts being with Vass.

"Everybody did their part to take care of him," McBride said.

Although he couldn't talk, his family sensed he was happier at home. He sometimes smiled.

They did what they could to include him in holidays. For his birthday, they would bake him a cake and his children would blow out the candles for him.

But seeing Vass so helpless was difficult for his family, especially his five children. His youngest, Leilani, was just a few months old when he was shot. He had been a strong, healthy and vivacious man, his family recalled. Vass was a star football player at Burgard High School. As an adult, he worked construction jobs and had a job with We Care Transportation, giving rides to people in wheelchairs. 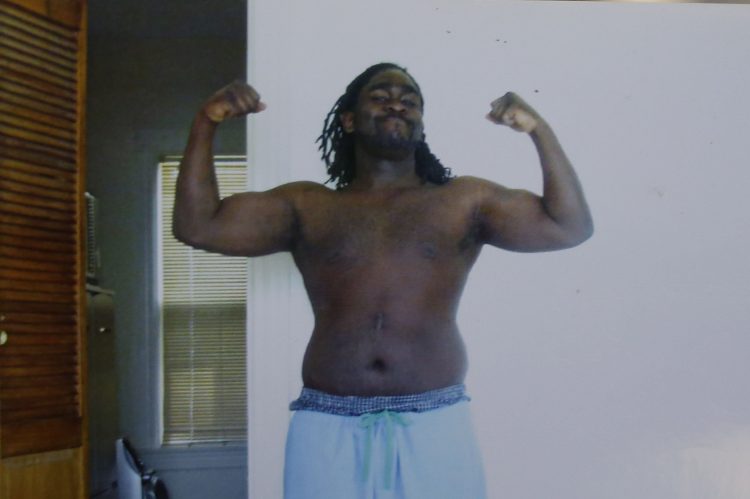 Demario Vass was once a star football player at Burgard High School. (Photo courtesy of the Vass family)

After Vass was wounded and paralyzed, one of his former co-workers made a point of taking his service calls when he needed rides.

Last Friday, Vass got sick. He was vomiting, and his mother called the nurses who told her to hold off on feeding him for 24 hours. The next morning, she sensed something was wrong and called 911, the first time she had done that since he had come home. Two hours after he arrived at the hospital, he suffered a heart attack.

Vass' death has been a shock to the family.

McBride was walking out the door to go meet with the funeral director when she yelled to her children, as she had so many times before: "Make sure someone keeps an eye on Mario."

Her children looked at her confused.

They asked her if they could put the hospital bed away now, but she wants it to stay for a little while longer.

A viewing will be held from 11 a.m. to noon Saturday in Trinity Baptist Church, 2930 Bailey Ave., followed by a funeral at noon.