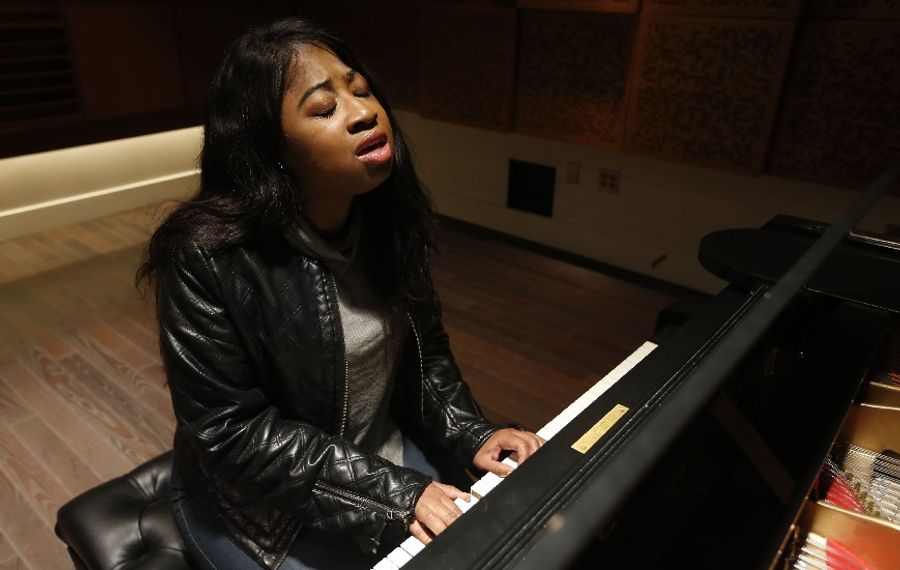 The titanium screws inserted in Amber Simone Baker Chinn’s skull when she was 6 months old are still in her head.

And they probably will be for the rest of her life.

But that hasn't stopped the singer/songwriter from performing on TV or wanting to give back to the hospital that made an imperfect baby look "fine."

Baker Chinn was born with a rare condition with an abnormally shaped skull because one or more of the fibrous joints in the skull fused too early.

At 6 months old, she was too young to remember the surgery. But her mother, Shellonnee Chinn, took pictures before and after the operation so that Baker Chinn would never “forget where she came from so she could never feel bad.”

Now 22, Baker Chinn has seen the photos, but she’s never looked back.

“That’s where I got my surgery done. I felt it would be cool to do something there,” said Baker Chinn, who will graduate from SUNY Buffalo State in May.

“It just happened to be I (was not born) perfect,” she added. “I ended up looking fine, but there are people who can’t afford surgery.”

Shellonnee Chinn knew that something was wrong immediately after her third daughter was born.

It wasn’t a traumatic birth, Chinn said. The delivery was uneventful: No epidural. No drugs. No forceps were used.

Amber was born “chunky and cute … She was soft and had a head full of hair,” Chinn said.

But the baby’s eyes were not really open. Instead, they were scrunched up. One eye also was lower than the other, said Chinn.

“The left side of my face was kind of caved-in and pushed-down,” Baker Chinn said.

Her mother consulted several doctors, and they all told her that Amber was fine. But a mother’s intuition told her otherwise.

“She was functioning fine. I knew my baby was healthy, but I knew by her face something wasn’t right,” Chinn said.

When she took Amber in for a six-month doctor’s visit at Women & Children’s, Dr. Shirley Anain knew right away what the problem was. One part of Amber’s head fused too early in the womb, which left “her eyes set back, her forehead set back and everything followed,” explained Anain, one of the surgeons who operated on Amber.

Trained in plastic and reconstructive surgery and cranial surgery, Anain inserted tiny titanium screws into Amber’s skull to hold the bones in place. The screws probably will never come out, Anain said. There’s no need to remove them. 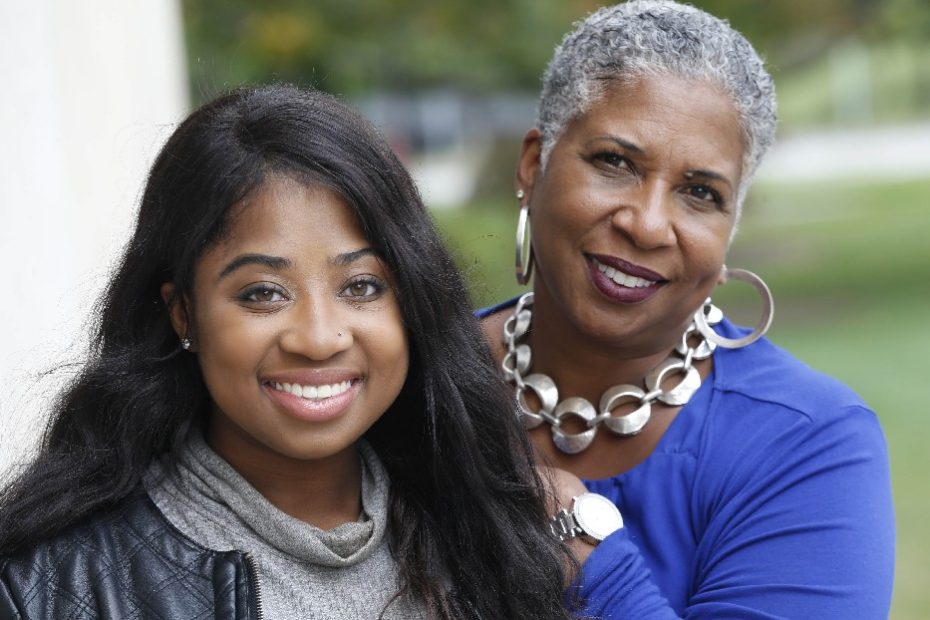 Amber Simone Baker Chinn and her mother, Shellonnee Chinn, who knew early on that something was wrong with her infant daughter even though some doctors told her the baby was fine. (Sharon Cantillon/Buffalo News)

“Most of your skull growth is done by the time you’re a year or 18 months,” she said.

Baker Chinn said the surgery left her swollen and looking like “the Michelin Man.”

“I was all bandaged up. I’m glad my mother took those” pictures, Baker Chinn said. “She said, ‘I wanted these photos so you can see how far you came.’ "

Amber came through surgery fine, but she still was not out of the woods.

“They took the tube out, then all of a sudden she couldn’t breathe,” her mother said. “They would have to put her back on (the ventilator), pain medication and steroids for the swelling to go down in her throat. The tube used to intubate her irritated her windpipe.”

What’s more, doctors told Chinn that if Amber could not breathe on her own, she would need a tracheotomy. Amber eventually was able to breathe, but at a follow-up appointment, doctors didn’t know what – if any – damage had been done to her vocal cords.

But Chinn had a premonition.

Amber was 3 when her family first noticed she could carry a tune. Relatives were in Chinn’s living room listening to a song by contemporary gospel singer Kirk Franklin, when Amber sat up on the edge of a chair and not only started singing but was hitting the high notes, Chinn said.

Since then, the Buffalo resident has been hooked on singing as well as writing lyrics and music. She tried out for “The Voice” and “American Idol” when she was 15, but didn’t make the cut for either.

However, “American Idol” producers called her back years later after seeing a video of her singing at a friend’s high school graduation pool party.

And “America’s Got Talent” called her two weeks ago about auditioning for the show after producers saw the same video.

But the video almost never happened. No one recorded Baker Chinn when she initially sang at the pool party. So a friend’s mother asked if she would do it again. Baker Chinn said she really didn't feel like it and almost didn't do it, but the mother wanted to post it on social media and was convinced it would go viral.

That video also landed her an appearance on Harry Connick Jr.’s daytime talk show – “Harry TV” – last month. She performed “Lie to Me,” a song for which she wrote the words and music.

Connick’s show also was the first time Baker Chinn got to meet Anain. The show arranged the surprise meeting. It turns out that the singer/songwriter, who graduated from Buffalo Seminary, routinely played lacrosse against Anain’s daughter, who attended Nardin Academy.

“It was emotional because it was very unexpected, and I never thought I would meet the doctor who changed my life,” Baker Chinn said. “It was kind of comforting how everything comes full circle.”