For the event, brewer Chris Herr dug through old records and found a recipe sheet for Batch #1, originally brewed on Sept. 5, 1997, when Pearl Street was on the verge of opening its doors.

One of the original brewers listed on Batch #1’s records was Alec Campbell, now a brewer for Big Ditch Brewing Company. The beer was an amber ale, brewed with Munich malts to about 6.2 percent ABV (alcohol by volume), and was a precursor to the brewery’s now-popular Trainwreck amber ale.

Herr has re-brewed this recipe for the anniversary as an homage to Pearl Street’s beginnings. Since Batch #1, Pearl Street has brewed nearly 1700 batches of beer.

Herr has also brewed a second beer especially for the anniversary, called 20th Anniversary Ale. It is an imperial version of the brewery’s Trainwreck amber, clocking in at 9.2 percent ABV - nearly doubling Trainwreck’s usual 4.8 percent. The beer’s drinkability belies its strength, leading some to affectionately refer to the 20th anniversary beer as “Trainwrecked." 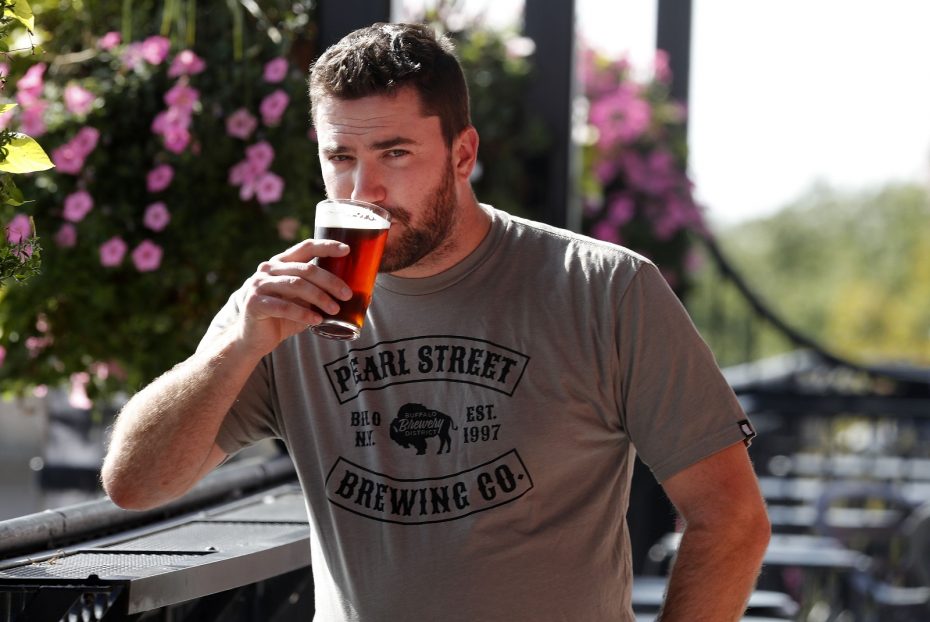 I wondered how much had changed after 20 years. Luckily, I had the fortune of chatting with Paul Jankiewicz, a staple behind Pearl Street’s many bars, who was an employee when the company opened 20 years ago.

“When it was built, it was done the right way," he said. "That’s how it stood the test of time. We’re all lucky enough to be part of the first brewery built downtown.” For Jankiewicz, not much has really changed. 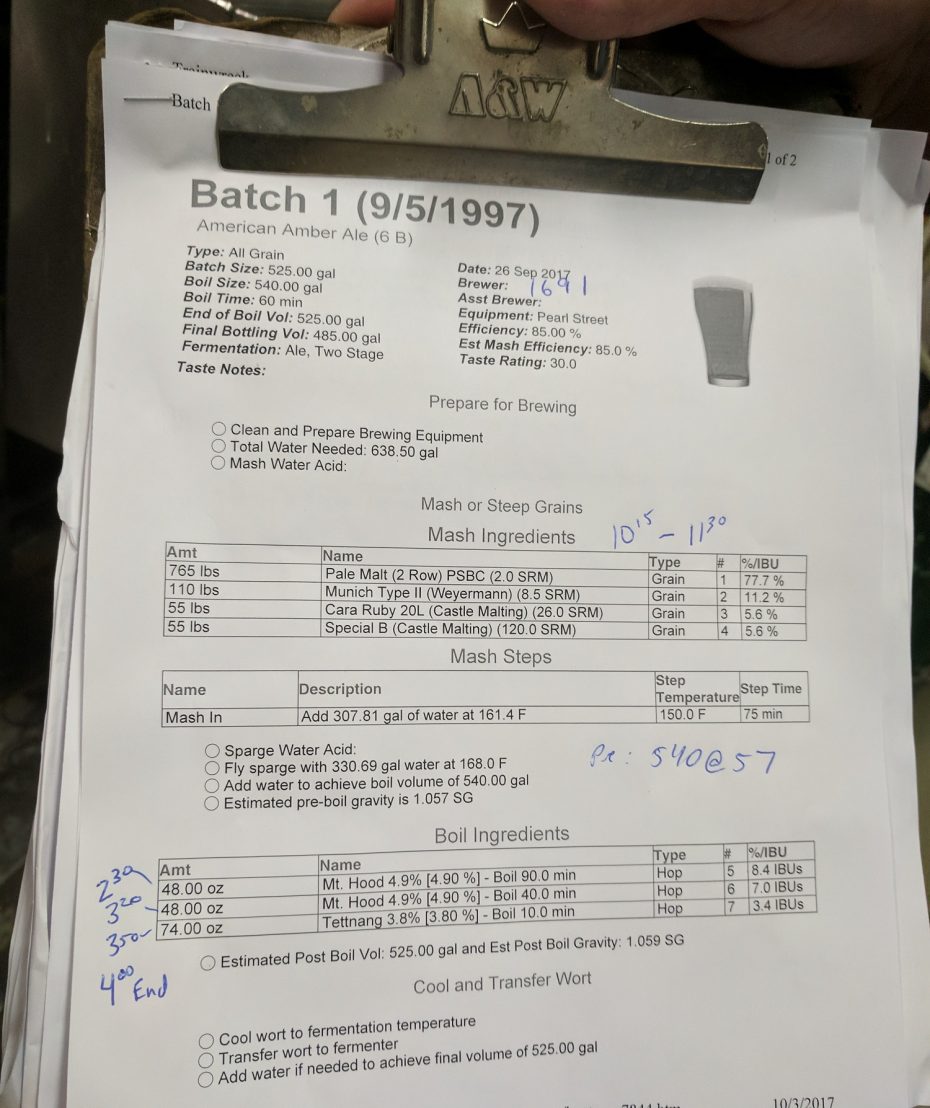 Ingredient list and procedure details of Pearl Street's first beer, from Sept. 5, 1997. Click for a larger image. (Alex Placito/Special to The News)

For the party, Pearl Street is inviting back any and all former staff of the pub for a special VIP reunion. The brewery is also bringing back some of the original food menu items, and listing them at 1997 prices, including “The Kegger” sandwich, as well as a six-cheese pasta.

The beer names will also revert back to 1997; customers will order a Seneca Saaz instead of Lighthouse Golden, a Waterfront Wheat instead of Wild Ox Wheat, or a Canal Street Stout instead of Street Brawler Stout.

The event will also include beer tastings, food stations, a commemorative pint glass giveaway to the first 500 attendees, and other prize giveaways.

What’s next for Pearl Street? Sarah Swallow, daughter of owner Earl Ketry and longtime employee and bartender, said they want to continue to revitalize some of the city’s lesser-known areas. “There are areas in the cities that have been forgotten about. We’re going into these areas and trying to make a difference.”

In the next 20 years, Herr wants to see Pearl Street continue to grow.

“In the future, I think we’re going to see more growth - revitalizing areas that we’ll take a risk on, and everyone will think we’re crazy for, like RiverWorks," the brewer said.

"We’re going to continue growing downtown Buffalo, one pint at a time. There’s no sign of it slowing down.”