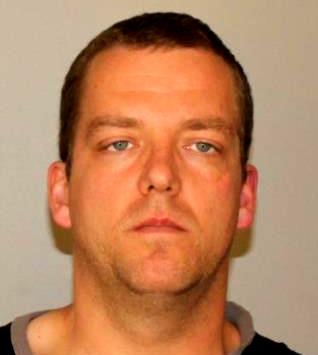 Sebastien Lavertu of Quebec was sentenced to one year in jail for leaving the scene after his truck hit and killed a man walking on Broadway in June.

Sebastien Y. Lavertu wasn't drunk or high on drugs, nor was he speeding or weaving out of his lane on June 21. But he was a little drowsy and when he realized he had struck something on Broadway shortly before midnight,  he later said. He checked his truck, saw a cracked bumper and, afraid of what may have happened, drove away.

Lavertu, 32, of Asbestos, Quebec, was sentenced Wednesday in State Supreme Court to one year in jail for leaving the scene that night.

Ryan Johns, 28, of Depew was struck by Lavertu's truck while he was walking in the road. Johns died  instantly.

Lavertu had been driving a long time that day, on his way from Canada to Baltimore, and may have briefly dozed off behind the wheel, he told Justice John L. Michalski.

Johns had been riding in a car with friends when they got into an argument, and Johns demanded to be let out to walk, he said. Johns was on Broadway in Lancaster, near Pavement Road.

"He was walking in the lane of traffic in dark clothes," Marusak said.

Lavertu snapped awake at the impact, pulled over and checked his truck, finding a cracked bumper, Marusak said. Looking back at the road – but not walking back – he did not see anyone. He later told police he was scared and, hoping it was only a deer, he drove off, and returned to Canada.

His vehicle was identified through videos, and Lavertu was arrested about a week later, crossing back into the United States in northern New York State.

Johns' father, David Niziol, was in court for the sentencing and made a brief and powerful statement to the court about love, the pain of losing a son and forgiveness.

First, Niziol asked that everyone hearing or reading his words become conscious of something they take for granted, "sort of like your eyes blinking."

"Become aware of every time during the day your mind, just for a millisecond, thinks of someone you love ... Just that millisecond when your brain says 'he'd like that' or 'remember when?' or 'we were there'...

"Please, for you own benefit, be aware, appreciate it and be thankful," he said. "Where we are now, each one of those milliseconds is a pin prick, a stab or a bear claw right across the gut."

While Johns' mother still cannot go down Broadway or visit her son's grave, Niziol said he goes to the grave once a week – "sometimes I take a radio and listen to a show we used to laugh about."

Then, with the kind of compassion usually directed to the victims, he addressed Levertu.

"Because we are humans, we understand that humans make mistakes," he said. "Because we are who we are, we bear you no animosity and we forgive, because if we can, imagine what God can do."

Levertu also apologized for his role in the fatality, and said, as he has before, that he would gladly exchange places with Ryan Johns if that were possible.

Although the defense argued that keeping Levertu in jail any longer than the nearly four months he already has served, Michalski could not ignore the fact that he left the scene and it took a week to find him before his arrest.

"You made some bad decision," the judge said and pronounced the one-year sentence. Lavertu also is barred from operating a motor vehicle in New York State.