Sinatra & Company Real Estate is seeking $645,000 in mortgage recording and sales tax help next week from the Erie County Industrial Development Agency for his Pierce Arrow Apartments, a $15.3 million conversion of the 95,000-square-foot facility at 157 Great Arrow Ave. into a combination of one-, two- and three-bedroom apartments. Sinatra previously said the apartments would range in size from 700 to 1,500 square feet, and will likely rent for $1,000 to $1,500 per month.

The four-story former Pierce Arrow Factory Complex will also include 3,000 square feet of space for an "amenity-based tenant," plus tenant storage, bike storage, and a mailroom, as well as an onsite parking lot for about 120 cars.

The developer plans to install new mechanical systems, including HVAC, electric, plumbing and fire protection, as well as new industrial-style historic replica windows that fit with standards set by the State Historic Preservation Office. Crews will also put in new landscaping and paving along the outside to "increase the overall aesthetic of the dilapidated structure and surrounding areas," according to the application to the ECIDA.

The 101-year-old building, which was used to make cars, is used as storage for cars and other items, and has been underused for more than 25 years, Sinatra said. In the application, the developer said that the project will require "an extensive amount of upgrades" with "excessive costs" since the facility "has never been residential." The windows alone will cost more than $1.5 million. And the site may require hundreds of thousands of dollars in environmental remediation from previous industrial uses, which left elevated levels of trichloroethylene or TCE in the soil, Sinatra noted.

The ECIDA assistance is essential, the firm says, to offset expenses, boost returns and keep apartment rents consistent with other new residential projects in the surrounding area. 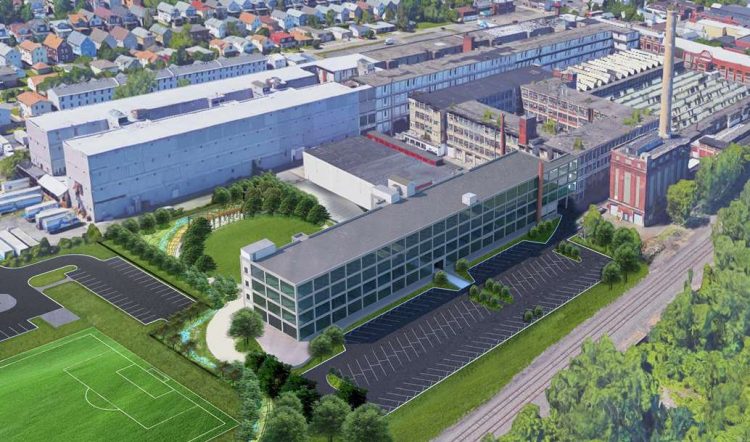 The ECIDA tax breaks would be about 4.2 percent of the total project costs, which rose from $14 million earlier this year. That includes $3 million for the acquisition, plus $6.9 million for renovation and $5 million for fixtures and equipment. Sinatra and partner Barry Fichman are putting in $3.3 million in equity, along with $12 million in bank financing. They're also expecting up to $7.6 million in state and federal historic and brownfield tax credits. Besides the ECIDA, they're also applying for city property-tax breaks from the city.

A public hearing was held Oct. 2, but public comments are being accepted through Oct. 24. If approved, the project – which received Planning Board approval in June – would start in November and finish by fall 2018.