It's official. The Navy's newest warship, the USS Little Rock LCS9, will be commissioned Dec. 16 at Canalside.

The commissioning will be the first time in the Navy's 242-year history that one of its ships is commissioned in view of the decommissioned ship for which it is named, according to Maurice L. "Moe" Naylon III, chairman of the local commissioning committee.

The old USS Little Rock, a light cruiser that arrived here 40 years ago, is one of the main attractions at the Buffalo & Erie County Naval and Military Park.

"We are just delighted that this commissioning is finally coming to fruition," Naylon said today. "We look forward to sharing this grand and historic event with all of Buffalo and Western New York."

The ship, one of the Navy's new Freedom Class littoral combat ships, will arrive on Dec. 8 for a weeklong celebration leading up to the commissioning.

The commissioning ceremony is set for the morning of Dec. 16 and is expected to attract several thousand spectators from the region and across the country, Naylon said.

A number of top Navy and government officials will be present along with Janée Bonner, who is the ship's sponsor and from Alabama. She had christened the ship on July 18, 2015, at the Fincantieri Marinette Marine Shipyard in Marinette, Wis., where the new Little Rock and other littoral combat ships are built. 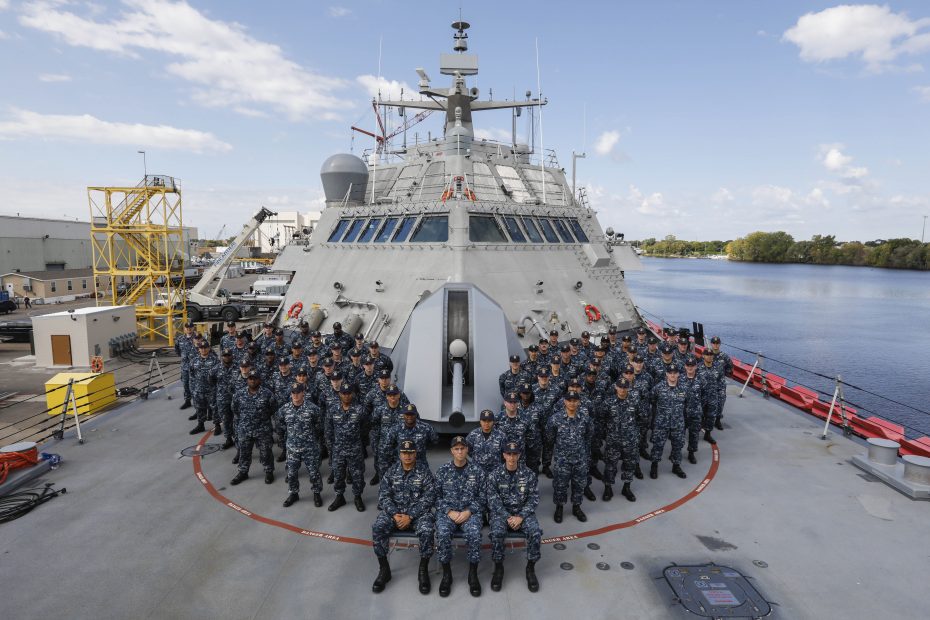 The U.S. Navy crew of the future USS Little Rock poses for a photograph as the ship's construction is completed at the Marinette Marine shipyard in Marinette, Wis., on Thursday, Sept. 28, 2017. (Derek Gee/Buffalo News)

Among the features that make these ships special is that they move at high speeds and are able to navigate in shallow waters near coastlines unlike the Navy's bigger and slower warships.

More information on the commissioning can be obtained online at usslittlerocklcs9.org.