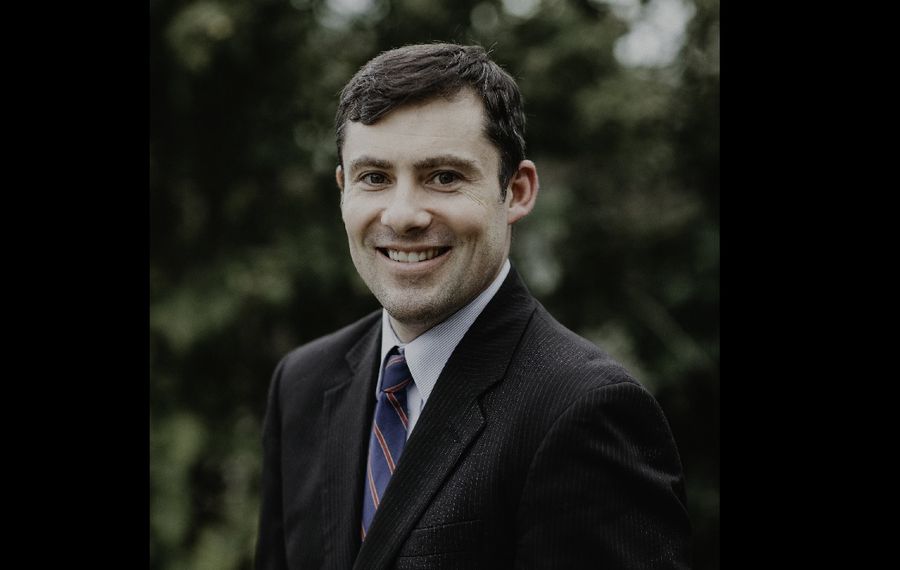 Sean B. Bunny doesn’t seemed fazed by any of Chris Collins' advantages as an incumbent congressman.

Not the appearance of Vice President Pence here this week to raise $400,000 for Collins and other Republicans in Buffalo.

Not the flashing lights motorcade that whisked Collins and the vice president around Erie County.

Not a healthy Collins campaign fund, nor even the congressman’s close political relationship with President Trump.

None of it dissuades Bunny, an Army veteran of Iraq who recently served as Erie County assistant district attorney. He announced Wednesday he will seek the Democratic nomination to challenge Collins in 2018, setting up a potential battle against a powerful incumbent hampered by a congressional ethics investigation.

“I don’t think he really cares about the people of Western New York, and the ethics issues are very serious,” Bunny said of Collins. “There is reason to believe he broke ethical rules, and that’s troubling.”

Bunny, 35, is an East Amherst native who is a graduate of Syracuse University and Army Officer Candidate School. Following Ranger and Airborne schools, he was a platoon leader in the 10th Mountain Division at Fort Drum and in Iraq in 2009, leaving the Army as a captain. He then graduated from the University at Buffalo School of Law and joined the District Attorney’s Office before recently leaving to run for Congress.

Most political experts would normally dismiss Bunny’s effort against Collins, who has proved invincible since defeating Democratic incumbent Kathy Hochul (now the lieutenant governor) in 2012.

Collins reported $1 million in his campaign account even before the event featuring Pence at Salvatore’s Italian Gardens in Depew Tuesday. He also represents the most Republican congressional district in New York State.

Collins has emerged as one of Trump’s top national spokesmen after becoming the first member of Congress to endorse his candidacy and making several television appearances in defense of the president.

But Bunny and other Democrats believe the ethics investigation, which centers around Collins’ connections to an Australian biotech firm called Innate Immunotherapeutics, creates an opening. A report from the Office of Congressional Ethics, a nonpartisan investigative agency, said last week the House Ethics Committee should probe two potential charges against Collins.

The ethics office also said there is “substantial reason to believe” that Collins may have been involved in tipping off Innate investors with inside information that might persuade them to invest more money in the company.

“This is a very uphill battle,” Bunny acknowledged Wednesday. “But I think people are seeing the self-interest of Chris Collins. He’s in it for himself and not the people of Western New York.”

Collins maintains he did nothing wrong, followed all ethical guidelines of Congress, and will be cleared by the House probe.

The new candidate is not the first to emerge as a potential Collins challenger. Erin Cole, another Army veteran, built considerable support among the district’s Democratic chairmen before ending her effort last month. Now Erie County Democratic Chairman Jeremy J. Zellner notes that two others – Nicholas Stankevich and Thomas P. Casey – also are discussing a challenge to Collins, though neither has officially announced like Bunny.

First Democrat to announce bid against Collins withdraws from race

Stankevich is a transplanted Californian and businessman while Casey has run for several offices, including State Senate.

Zellner said the party may soon schedule a forum for all three candidates to outline their views, though he noted Democrats are focused on this year’s elections and will make no immediate decisions.

Still, Bunny is getting an early jump. He has established a website and begun to solicit campaign funds. He hones in on Trump’s health care proposals as unacceptable to the middle class.

“His health care bill would have devastated rural hospitals and nursing homes,” he said. “The Affordable Care Act is a good first step but the premiums have to be brought down.”

Bunny added he does not believe Collins is in sync with local voters when he champions Trump’s health care proposals.

Christopher M. Grant, Collins’ political spokesman, referred to Bunny as the Democrats’ “backup candidate” for Cole. He also provided a sneak peak of how the incumbent may deal with Bunny, immediately linking him to House Minority Leader Nancy Pelosi and Gov. Andrew M. Cuomo.

“Any candidate hand picked by Nancy Pelosi and Andrew Cuomo will not represent the values of working families in NY27,” he said.”Sean Bunny is one of those hand picked candidates.”

Grant said he considers Bunny a Cuomo ally because those backing him include Zellner and Livingston County Democratic Chairwoman Judith Hunter – “all Cuomo cronies.”

“And Cuomo has made it clear that Chris Collins is his number one target next year,” Grant said.

Cuomo has proven vocal in his criticism of Collins and Rep. John J. Faso of Kinderhook as Republican congressmen supporting Trump health care proposals that could cost New York billions of dollars.

But Grant said he has no doubt that the 27th District voters will stick with Trump over Cuomo “any day of the week.”

Bunny lives in East Aurora with his wife, Mary, a nurse and lieutenant commander in the Navy Reserve. They have two sons, John and Will.