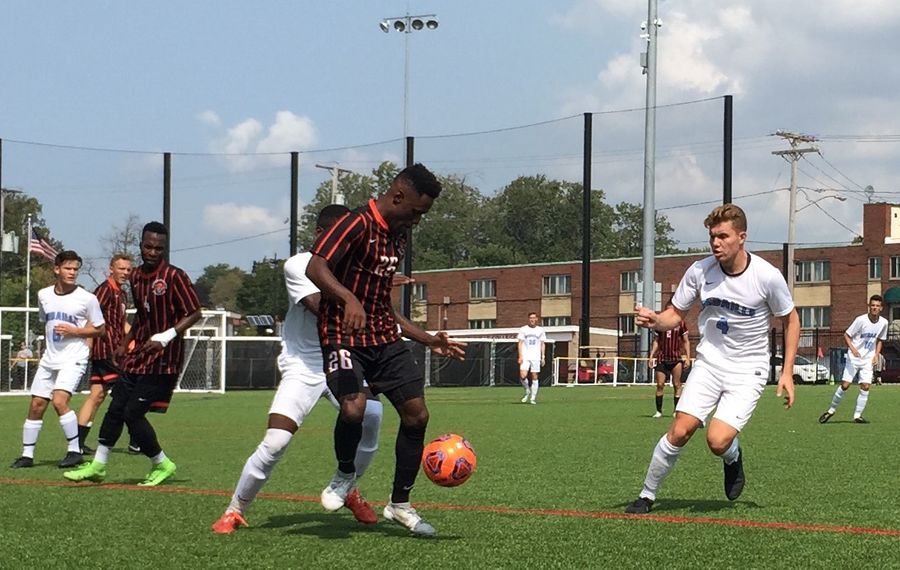 1. Buffalo State men's soccer: The Bengals earned a spot in the NCAA Top 25 for the first time since 1984 thanks to a long-lasting unbeaten streak. Shutout victories this week against Plattsburgh and Potsdam pushed the point streak to 12 games. Goalie Andreas Queen broke a 35-year-old program record for shutouts in a season by recording his eighth in the Potsdam match.

2. Jamestown CC women's volleyball: The Jayhawks are still unbeaten, 21-0, with one game remaining on their regular season calendar. JCC won four matches this week, including a trio of three-set victories against Jefferson CC, Onondaga CC and Cayuga CC Saturday at Niagara County CC. The Jayhawks look to complete their perfect regular season Monday at 6 p.m. against Butler County CC.

3. Jaylen Adams: St. Bonaventure's star point guard was named Preseason Atlantic-10 Player of the Year by NBC Sports and Blue Ribbon's Yearbook. The 6-foot-2 Baltimore native is coming off a season where he averaged 20. 6 points, 6.5 assists and 3.7 rebounds per game.

5. Anthony Johnson: UB football's leading receiver was named to the watch list for the Biletnikoff Award, given annually to the top receiver in college football. He's fourth in Division I and first in the MAC in receiving yards with 771 through seven games. He put up 140 yards in the Bulls' 14-13 loss to Northern Illinois Saturday.

6. Lauren Malcolm: The St. Bonaventure soccer goalkeeper earned NCAA Women's Soccer Player of the Week honors Wednesday after back-to-back shutouts. The sophomore made a combined 18 saves in the Bonnies' victories against Fordham and Rhode Island. She was destined for a high spot this week, but a 4-1 loss to VCU Sunday pushes her down the list.

7. Fredonia men's soccer's back line: The Blue Devils haven't given up a goal in three straight games, all league matches. Fredonia defeated Oswego State and Potsdam 1-0 and tied Plattsburgh in a 0-0 draw. The team enters the final two games of the season in 7th place in the SUNYAC, one spot out of a tournament position.

8. Canisius cross country: The Griffs hosted the Canisius Alumni Classic this weekend and looked right at home. The women finished first out of five schools, edging second place finisher Youngstown State by eight points. Siobhan Quinn finished first with a time of 17:10.2. The men finished in second but had the highest two finishers. Jeff Antolos won the race with a time of 24:55.6, while Donovan Glavin was right on his tail at 25:05.7.

9. Daemen women's soccer: Jamie Boyar (Williamsville South) scored twice and Katelin White (Lewiston-Porter) earned a shutout in the Wildcats' 2-0 victory against regionally-ranked Bridgeport. The Purple Knights were ranked No. 9 in the East Region by the National Soccer Coaches Association of America.

10. Adam Droz: The Hilbert runner earned his first top finish at the Meghan Memorial, helping the Hawks win the event for the first time in program history. He was named the Allegheny Mountain Collegiate Conference's Runner of the Week.