It all began in Buffalo.

The brashness, the swagger, the overwhelming drive to make something of himself.

Harvey Weinstein, the Hollywood film mogul now cast as a sexual predator, traces the roots of his show business dominance to his arrival at the University of Buffalo campus in the fall of 1969.

It didn’t take long for the kid from Flushing, Queens, to make his mark. He sold ads for an alternative student newspaper. He got his first booking at the old Century Theatre for a Bonnie Raitt/Jackson Browne double bill. And with Corky Burger and $2,500 in borrowed money, they formed Harvey and Corky Productions.

Harvey and Corky brought some of the biggest names in show business to Buffalo: Frank Sinatra, the Rolling Stones, Stephen Stills. 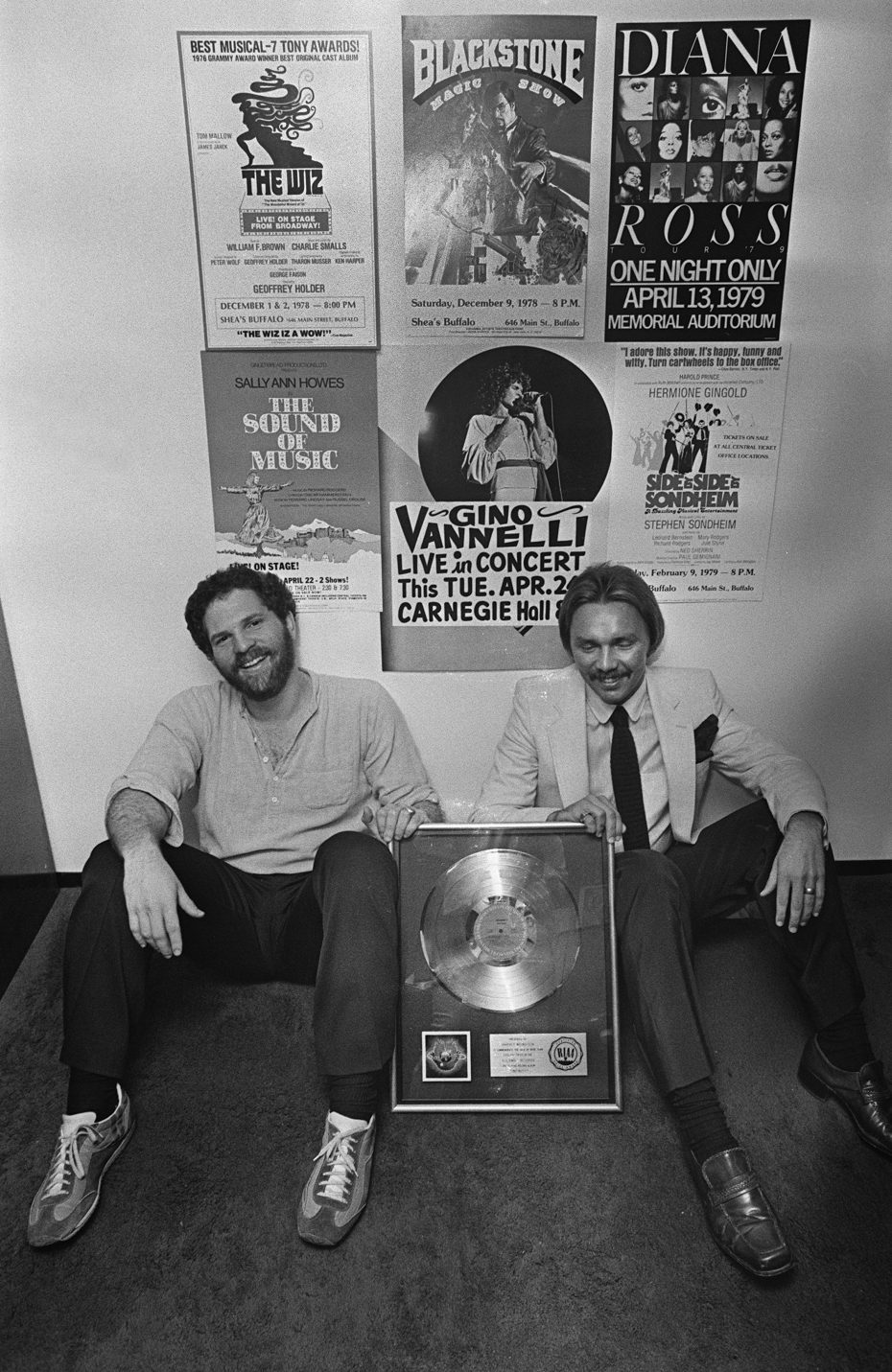 Along the way, Weinstein branched into the night club business, buying with Burger a Clarence night club and renaming it Stage One. The Police, Aerosmith and Talas – with U2 as an opening act - played there.

He also left his mark on Buffalo’s people. Eugene M. Fahey (now a state Court of Appeals judge) and Dennis E. Ward (now a state Supreme Court justice) became lifelong friends. And then there was Patrick P. Nehin. He says he punched Weinstein in the nose after finding him with his girlfriend at the time.

Here are some of Weinstein’s Buffalo stories:

* * *
It’s a pretty good bet that nobody in Buffalo goes back further with Weinstein than Jonathan A. Dandes. Both he and Weinstein attended John Bowne High School in Flushing.

“I’ve known him for a long, long time, and I was stunned,” Dandes said of the accusations against him. “Here was a guy with Spielberg-like accolades. This is not the guy I knew.

“If one iota of it is true,” he added, “it’s beyond the pale and beyond awful.”

Dandes – now the Buffalo Bisons president – uses words like “aggressive” and “consumed” to describe Weinstein. Yet Weinstein also could be “loyal,” Dandes said. That depended on how you treated him.

“He either loved you or hated you,” he said.

Mickey H. Osterreicher arrived at UB about the same time as Weinstein, and they naturally gravitated toward each other. Both were from New York City (Osterreicher grew up in the Bronx). Both were Jewish. They roamed the campus together.

“I would say Harvey was a bombastic personality,” he said. “He was self-centered, focused on himself, his career and making something of his life.” 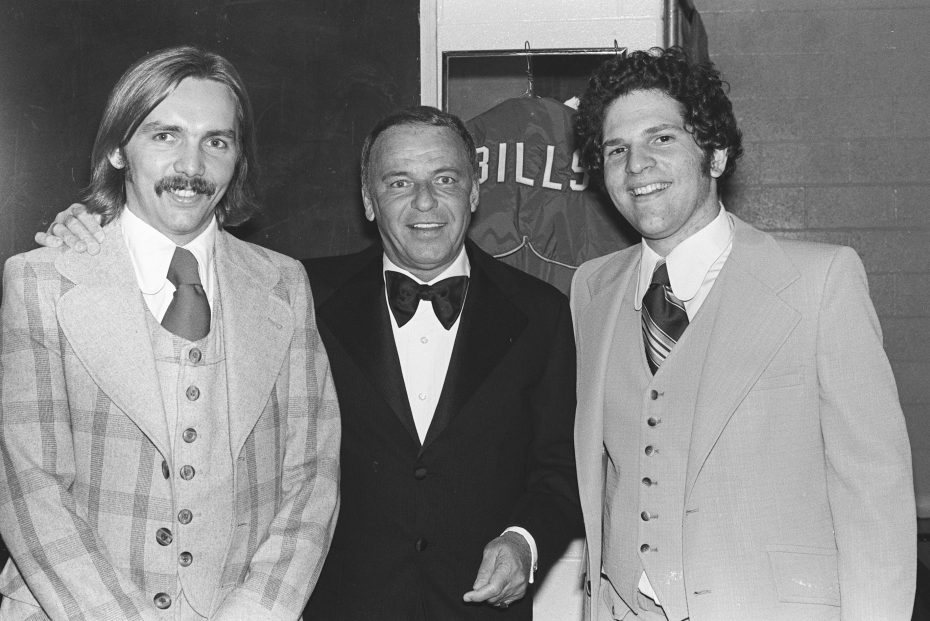 After UB, Osterreicher began his photojournalism career - first at the Courier-Express and later at WKBW-TV. Their paths continued to cross.

When Sinatra played Buffalo in 1974, Osterreicher encountered the crooner in Weinstein’s tiny, wood-paneled office deep inside the Aud.

“I came in, and Harvey and Corky were there with Sinatra, who had a coffee cup in his hand, though it clearly was not coffee in the cup,” he recalled.

Osterreicher was attempting to arrange a photo of Sinatra, Weinstein and Burger when a burly security man – legendary local bodyguard “Big Bob” DiGiulio – growled: “Just take the picture and get out of here.”

The next day, the photo of the trio ran in the Courier.

“I took all their pictures,” he said, rattling off names like Bette Midler, the Rolling Stones and Sinatra.

Patrick Nehin, a North Buffalo guy with diplomas from St. Mark School and Canisius High School, was starting his video production career back in the early 1980s. He had spent months preparing for an early morning shoot in the lobby of the Buffalo Hilton Hotel – now the Adam’s Mark. His ad agency was promoting the hotel’s “Runaway Weekend” package with a TV spot featuring footage of the upscale hotel and its luxurious restaurant fare. 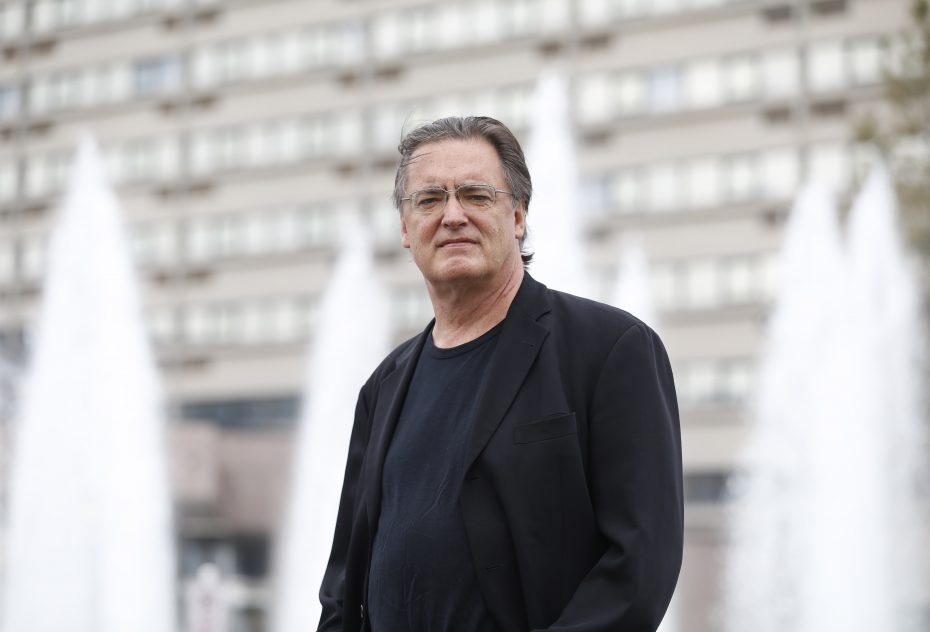 Nehin arrived around 6 a.m. and found his girlfriend at the time sitting in the coffee shop with Weinstein.

“I asked her ‘What the hell are you doing with this guy?’ ” he recalled.

That’s when the girlfriend recounted what now sounds like a familiar story.

“She told me he tricked her into going to his apartment to watch 'Casablanca,' ” he said.

A confrontation ensued. Nehin said Weinstein followed him through the lobby toward LeClub, the Hilton’s popular night spot.

“He came at me,” Nehin said. “That’s when I closed my eyes and hit him as hard as I could. His nose exploded.”

Security guards broke up the fray, and Nehin never saw Weinstein again. He and his girlfriend “let the incident go,” and they continued together for some time.

“Now after all this, I’m wondering if he tricked her into a massage,” Nehin said in light of revelations of Weinstein’s alleged behavior as a sexual predator.

Now a successful designer of luxury branding who maintains homes in Buffalo and Switzerland, Nehin has reflected on the incident of more than 30 years ago. He calls the film mogul a “dirt ball who took advantage of people.”

Politics, business, sports, entertainment and other fields all welcome women, he said, but some “people still behave in this grotesque and unlawful way.” It’s ironic that Weinstein accomplished so much in his life while displaying “the worst aspects of humanity,” he said.

A spokesman for Weinstein did not return a phone call seeking comment for this story.

When he learned of the Weinstein revelations several days ago, Nehin said he experienced “one of those ‘yes’ moments.” What he encountered all those years ago was now making headlines around the world.

“You think that a person is bad, then you find out it’s much worse than you imagined,” he said. “I think he is one of the worst people in America.

“Now I can look back at it and say I punched the guy in the nose,” he said. “I’m happy I did it, and I’d do it again. I just wish that for every woman he tried to do that to, she would have a guy to punch him in the nose.”

Back when Frank J. McGuire was running for county executive in 1979, the Buffalo businessman encountered the brash, young concert promoter. It was no accident that Weinstein found his way into local Democratic events, hanging out with a bunch of up-and-coming politicians.

McGuire recalled Weinstein running a fundraiser for him. He also said that, over the years, he loaned Weinstein money for projects. He said he was always paid back.

But Weinstein usually had a scheme, McGuire said, a project that would make them lots of money.

“One time he comes into my office, this big hairy-chested guy with gold chains,” he recalled. “ ‘Frank, have I got a deal for you,’ he said.

That was one Weinstein deal that McGuire said he never bought into.

Maybe it was inevitable that the kid from Queens would barge into politics in the same way he opened doors to the sports and entertainment worlds.

In the 1970s and 1980s, Weinstein hung around with members of the anti-headquarters Frontier Democratic Club. Gene Fahey was one of them. He later was elected to the Common Council and unsuccessfully ran for mayor in 1993. Fahey eventually was elected a city judge and worked his way through the judicial ranks to a seat on the state’s highest court.

Citing the possibility of a criminal investigation, Fahey declined an interview request for this story. Another local Democrat in that circle, Ward – also now a judge – did not return phone calls.

Weinstein also formed a close political relationship with Joseph F. Crangle, then the all-powerful Erie County and state Democratic chairman. Some say it was no coincidence that Weinstein somehow wrangled an office in the city-owned Buffalo Memorial Auditorium.

“He played all sides,” said Buffalo attorney Thomas G. Kobus, another young Democrat getting started in politics at the time.

By 2003, Weinstein was the chairman of Miramax Films. He threw a fundraiser at Manhattan’s famed Four Seasons for Dan Ward’s unsuccessful challenge to Republican County Executive Joel A. Giambra.

Perched on a bar stool during the event, he reminisced with The Buffalo News about the days when his roommates – Dennis Ward (Dan’s brother) and Fahey – would immerse themselves in Democratic politics on typical collegiate weekends when most “red-blooded American boys would be chasing girls.”

During his remarks, Weinstein made it clear that his efforts stemmed not only from friendship, but from a bond dating to his days at UB.

“We’ve been very successful at my company, and thanks to Dennis Ward and Dan Ward and friends from Buffalo, we’ve learned that public service and giving back is the most important thing that you can do,” he told the crowd.

“I’ll tell you why Dan Ward is going to win,” he told the crowd that night about his political experience, “because I’ve never lost.”

Success followed Weinstein after he left Buffalo and landed in California. Success also followed Osterreicher. After a quarter century recording Buffalo news events as a photographer, he returned to UB, got a law degree and became a media lawyer. They kept in touch.

Weinstein later would snare tickets to a big Broadway show or a table at a posh restaurant for his old photographer friend.

Osterreicher remembers no untoward behavior by his old associate, no drugs or even alcohol – just Coca-Cola. But he also figured out his friend’s motives.

“This is about power and control, and flaunting his Hollywood power,” he said.

Osterreicher recalls the 2000 ceremony at UB when the university bestowed an honorary degree on Weinstein, just after he won an Oscar for “Shakespeare in Love.”

“Mickey, can you believe we are here? From those days when I was selling ads and you were a photographer, and now you’re a lawyer?” Weinstein told him,

“I answered him with the key line from 'Shakespeare in Love,' ” he added. “ ‘It’s a mystery.’ It was the line from the movie...and it truly is.” 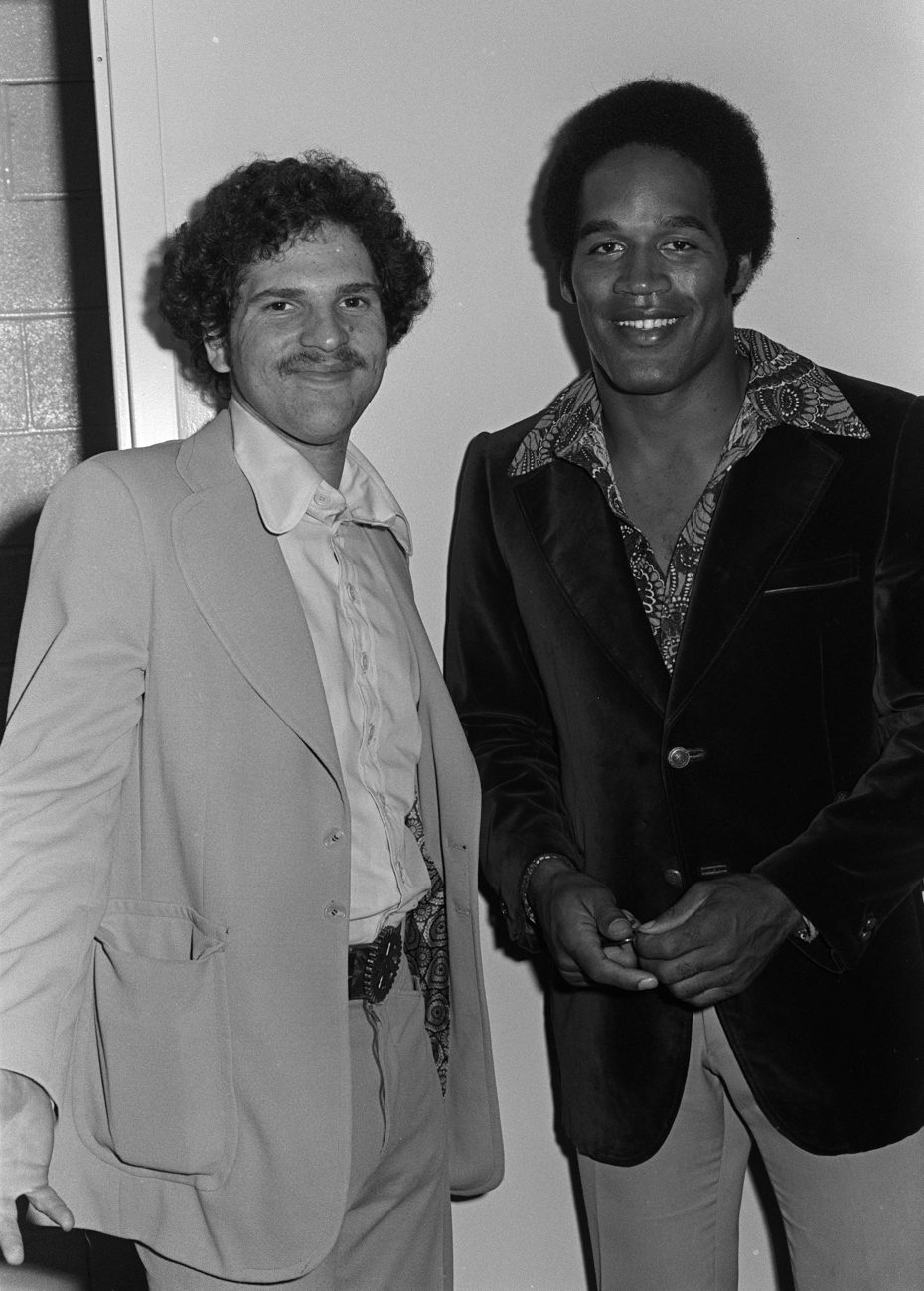